The Planetary Society's LightSail 2 spacecraft just reached that milestone. And the fine folks at the Society have released a bunch of new pictures from the spacecraft.

Ten of them, in fact. One for each successful month.

LightSail 2 is a technology demonstration mission for the most part. And it's been successful so far. In January 2020, the Planetary Society released a paper outlining the mission results. In brief, LightSail 2's solar sails are working, though the spacecraft is still expected to fall to Earth within a year of launch.

The spacecraft carries cameras, of course. Those cameras are there primarily to check on the solar sails. But while doing that, they're capturing some delicious photos of Earth in the background.

Note: the camera has a fish-eye lens, making the sail appear a little curved in the pictures. North is to the right, with Chile in view. (The Planetary Society)

The next one is a little disorienting. North is at the bottom of the image, and it shows shows Central America, including Nicaragua and the Yucatan Peninsula, home of the dinosaur killing asteroid crater. 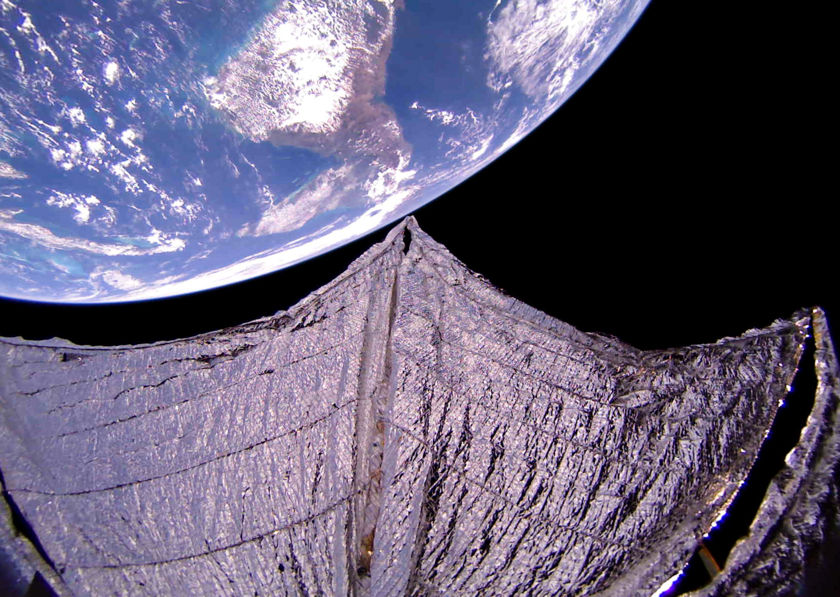 The Planetary Society has a Mission Control page where you can check out the status of LightSail 2.

If you're not familiar with The Planetary Society, definitely check them out. They're a non-profit society dedicated to promoting space science and exploration. And Bill Nye is their CEO.

Other images show the deployment of the sail itself.

These high-resolution images were captured by LightSail 2's camera 2 during sail deployment on 23 July 2019. The sail appears slightly curved due to the spacecraft's 185-degree fisheye camera lens; no corrections have been made to the pictures.

If you're interested, you can visit their website and get involved. You can get updates from the Society, and even become a member.