After 30 Years, The US's Twin Boom Might Finally Be Ending

Twinship has become a cultural phenomenon in the United States over the past three decades, with a higher proportion of twins living among us than at any other time in known history.

There are twin conventions, twin parenting books, twin Halloween costumes, and debates on local school boards over whether to separate — or keep together — twin siblings in classes.

And let's not forget NASA's attention-grabbing twin study in which astronaut Scott Kelly spent a year aboard the International Space Station while his identical twin, Mark Kelly, remained on Earth in an unprecedented opportunity to study the effects of space on the body.

Demographers credit the boom in twin births since the 1980s to women using fertility treatments and choosing to give birth at older ages, when they tend to produce more eggs per cycle. Now, changes in those fertility trends may be leading to a downturn in twin births. 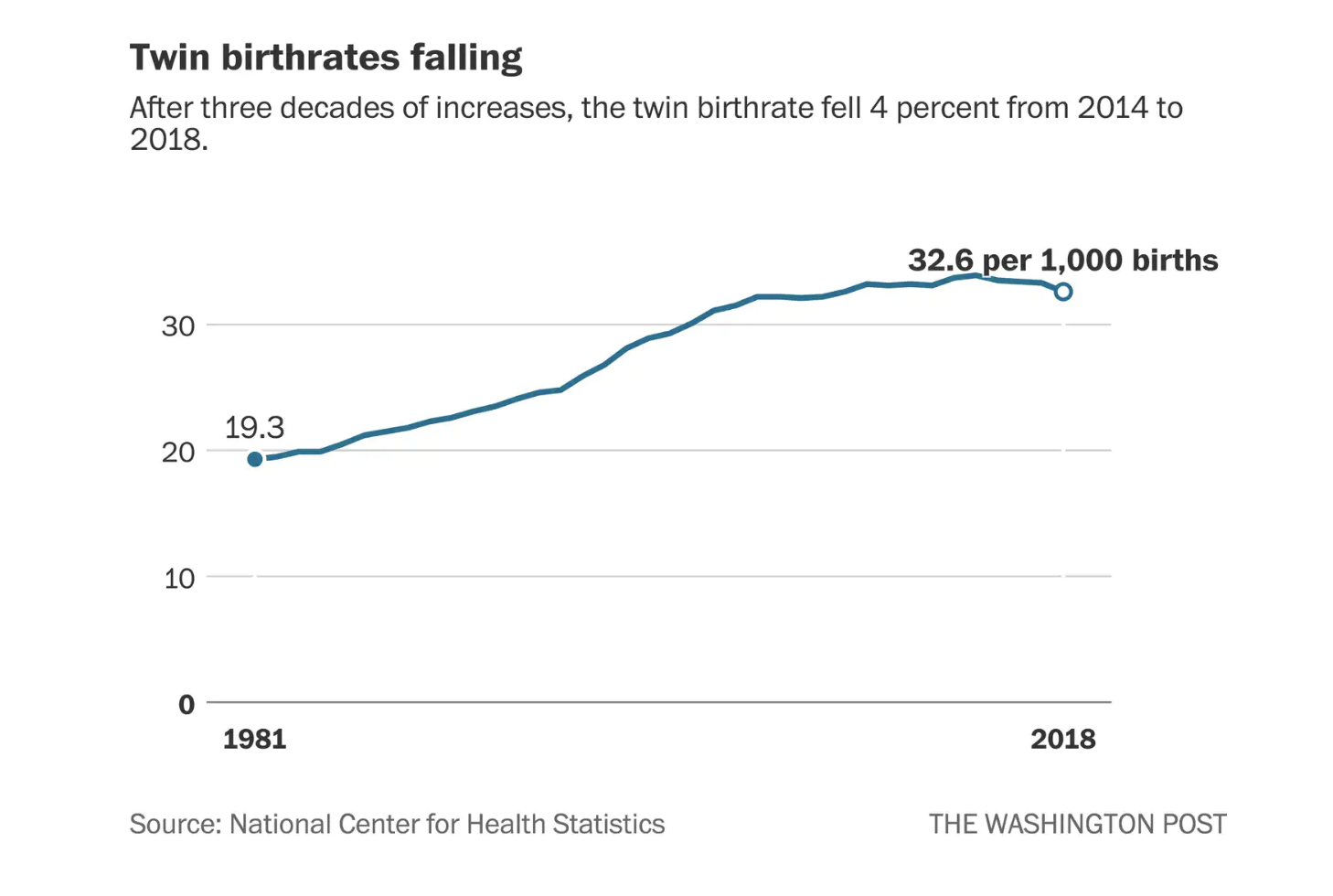 The twin birthrate was essentially the same for women in their 20s, according to the report.

"It is difficult to know for sure from the data in the NCHS report what the recent drop is linked to. However, given that declines are concentrated among older mothers, some would argue that changes in reproductive technology are likely playing a role," said Gretchen Livingston, a senior researcher at the Pew Research Center who is an expert on fertility and family demographics.

In the past, many fertility doctors transferred multiple embryos during in vitro fertilization to increase the chances that at least one would implant successfully. More than a few of those pregnancies resulted in twins or higher-order multiples.

But now many procedures transfer only one at a time. Many clinicians also advocate using lower doses of ovulation-stimulating hormones than in the past to avoid possible side effects. 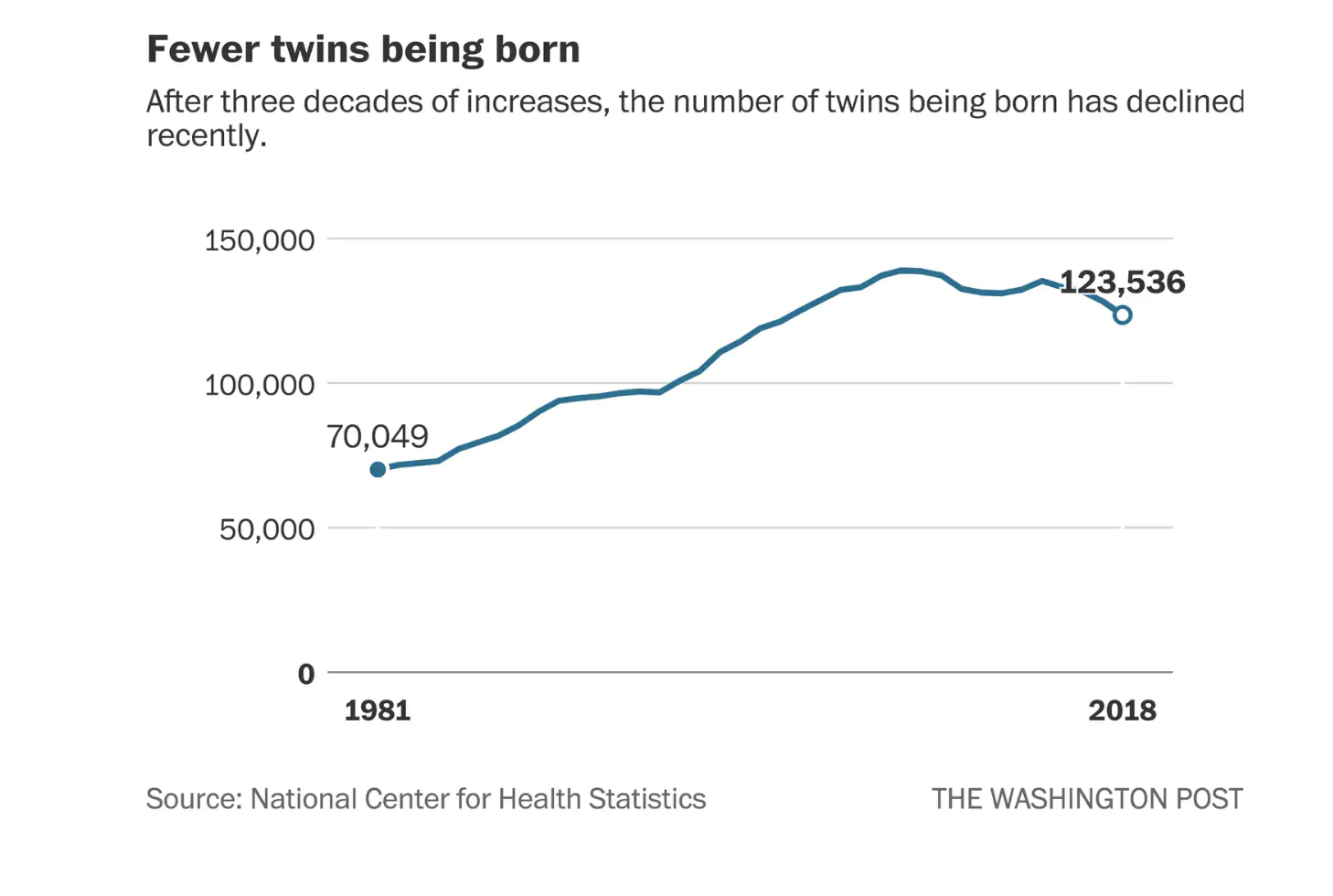 Kenneth M. Johnson, a senior demographer at the University of New Hampshire, said one reason for the decline may be that a higher percentage of total births are occurring to older women.