The World's First Human Composting Facility Will Open in 2021

When a human being's time is up, in Western countries we generally have two main options for our mortal remains - burial or cremation. Now, a world-first facility has been set up to offer a unique alternative ritual to traditional choices: compost.

Recompose, which is scheduled to begin operations in Seattle, Washington in 2021, bills itself as the world's first human composting facility, offering to gently convert human remains into soil, in a process it calls "recomposition" or "natural organic reduction". 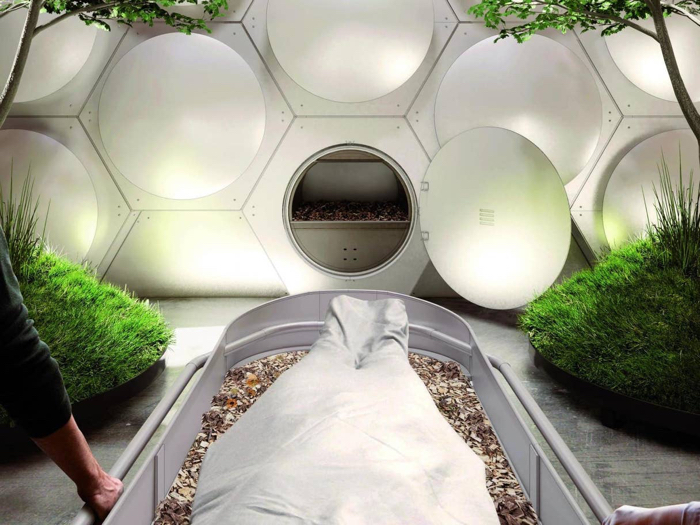 The company, a public benefit corporation led by founder Katrina Spade, has been in the works for years, but became a legally viable service this year when Washington passed a historic bill to become the first US state to allow human composting.

The law goes into effect in May 2020, enabling what Spade calls a "death-care revolution", in which bodies of the deceased will transform into soil in the company's reusable, hexagonal 'Recomposition Vessels'.

The process draws upon the traditional principles of natural or 'green' burials, but takes place inside the reusable vessels, rather than being permanently interred at the same time.

"Over the span of about 30 days, the body is fully transformed, creating soil which can then be used to grow new life." 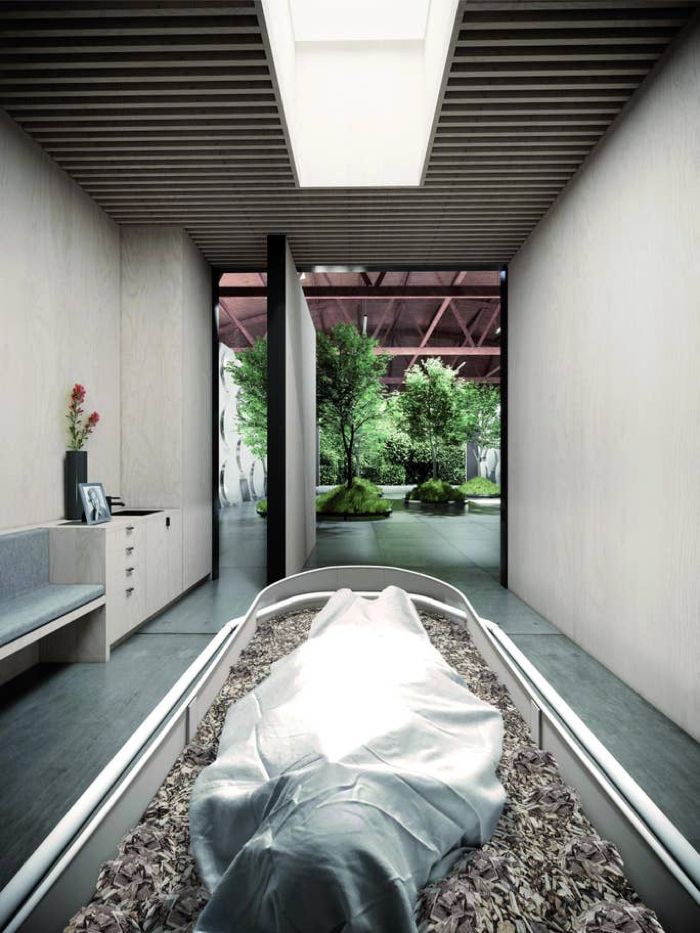 Once the composting process is complete, family and friends of the departed are encouraged to take some or all of the cubic yard of soil generated per person (amounting to several wheelbarrows of soil), and can use it to grow their own gardens, with remaining soil being used for conservation purposes.

Conservation aims are a linchpin of the company's overall purpose – and the law that will let companies like Recompose operate – designed to provide a more environmentally friendly end-of-life ritual than burying embalmed corpses in wooden caskets, or burning remains in cremation, which is energy intensive due to the high temperatures required, and produces carbon dioxide (CO2) emissions. 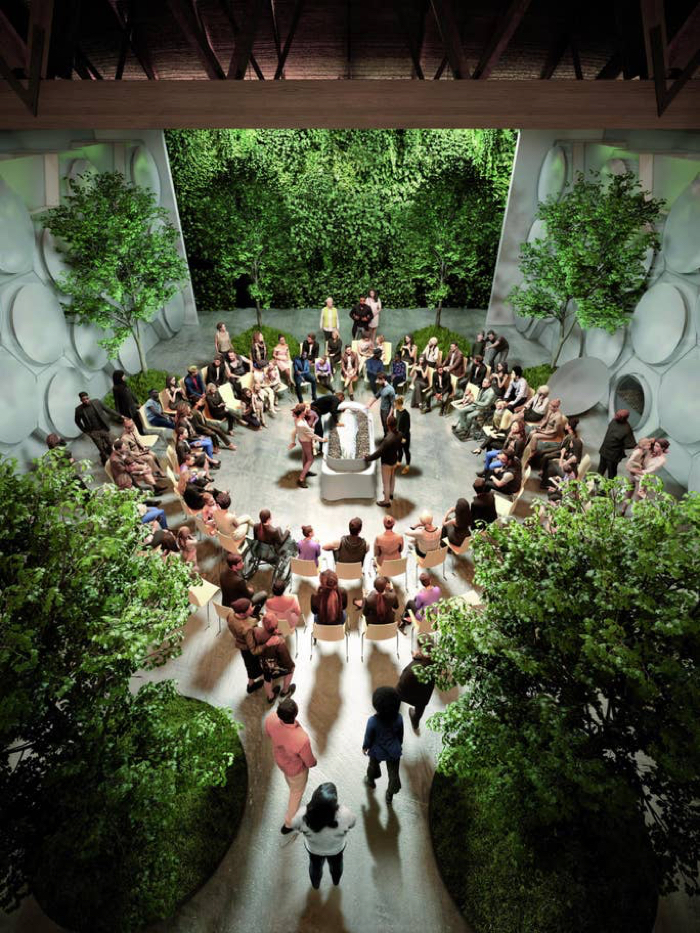 Recompose estimates each person who chooses their organic reduction process (at a fee of about US$5,500) over cremation or conventional burial will save a metric tonne of CO2, thanks to the carbon sequestration which occurs at different points throughout the process. Not to mention the benefits of producing useful soil, rather than taking up limited land.

"I think one of the things for me, in addition to [the] carbon savings, is just having a way to create useable soil," Spade told Citylab in January.

"Something that you can go grow a tree with and have sort of this ritual around that feels meaningful."