There Are Mountains of Sugar Hidden in The Ocean, And We've Only Just Found Out

Hidden below the waves, the ocean contains vast reserves of sugar that we never were aware of, according to new research.

Scientists have discovered that seagrass meadows on the ocean floor can store huge amounts of the sweet stuff underneath their waving fronds – and there are major implications for carbon storage and climate change.

The sugar comes in the form of sucrose (the main ingredient of sugar used in the kitchen), and it's released from the seagrasses into the soil underneath, an area directly affected by the roots, known as the rhizo­sphere. It means seabed sugar concentrations are some 80 times higher than they would be normally.

Worldwide, seagrasses could be sitting on up to 1.3 million tons of sucrose, the research team says. To put it another way, that's enough for about 32 billion cans of Coca-Cola, so we're talking about a substantial find of hidden sugar.

"Un­der average light conditions, these plants use most of the sug­ars they pro­duce for their own meta­bol­ism and growth. But un­der high light con­di­tions, for ex­ample at mid­day or dur­ing the sum­mer, the plants pro­duce more sugar than they can use or store. Then they re­lease the excess sucrose into their rhizosphere. Think of it as an over­flow valve."

What's surprising is that this excess sugar isn't gobbled up by microorganisms in the surrounding environment. To stop this, it seems seagrasses send out phenolic compounds in the same way as many other plants do.

These chemical compounds – found in red wine, coffee, and fruit, as well as many other places in nature – are antimicrobials that inhibit the metabolism of most microorganisms, slowing them down.

The researchers tested out their hypothesis in an actual underwater seagrass field to confirm that this is indeed what was happening, via a mass spectrometry technique. 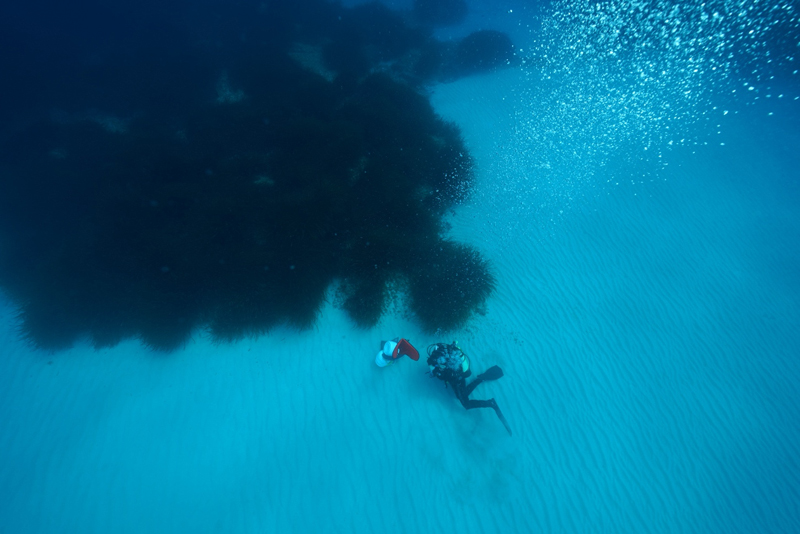 "In our ex­per­i­ments we ad­ded phen­olics isol­ated from seagrass to the mi­croor­gan­isms in the seagrass rhizo­sphere," says marine microbiologist Maggie Sogin from the Max Planck Institute for Marine Microbiology.

"And in­deed, much less sucrose was con­sumed com­pared to when no phenolics were present."

A small set of microbes actually thrived on the sucrose despite the presence of phenolics: the researchers think that these "microbial specialists" are perhaps giving something back to the seagrass in return, like nutrients they need to grow.

Seagrasses are some of the planet's most important sinks for blue carbon (carbon captured by the world's ocean and coastal ecosystems): an area of seagrass can suck up twice as much carbon as a forest of the same size on land, and 35 times as fast too.

When it comes to calculating carbon capture loss from the seagrass meadows – among the most threatened habitats on the planet due to human activity and decreasing water quality – scientists can now factor in the sucrose deposits as well as the seagrass itself.

"We do not know as much about seagrass as we do about land-based hab­it­ats," says So­gin.