Scientists Show How to Calculate Your Dog's 'Human' Age, And It's Not a Multiple of 7

The conventional wisdom for working out how old your dog is in human terms is to multiple the dog's age by seven – something experts have previously debunked. Now researchers think they've landed on an alternative method that's much more accurate.

Part of the problem with the multiply-by-seven rule is that canines and human beings don't age at the same rate, so a graph plotting human age vs dog age shouldn't show a perfectly straight line.

The new formula shows dogs reaching maturity more quickly than we do, and spending more of their time in old age: whereas a 2-year-old dog would be around 40 in human years, for example, a 4-year-old dog is the equivalent of a person aged just over 50.

To work it out yourself, you need to multiply the natural logarithm of a dog's age by 16, then add 31 – that will give you the equivalent in human years. 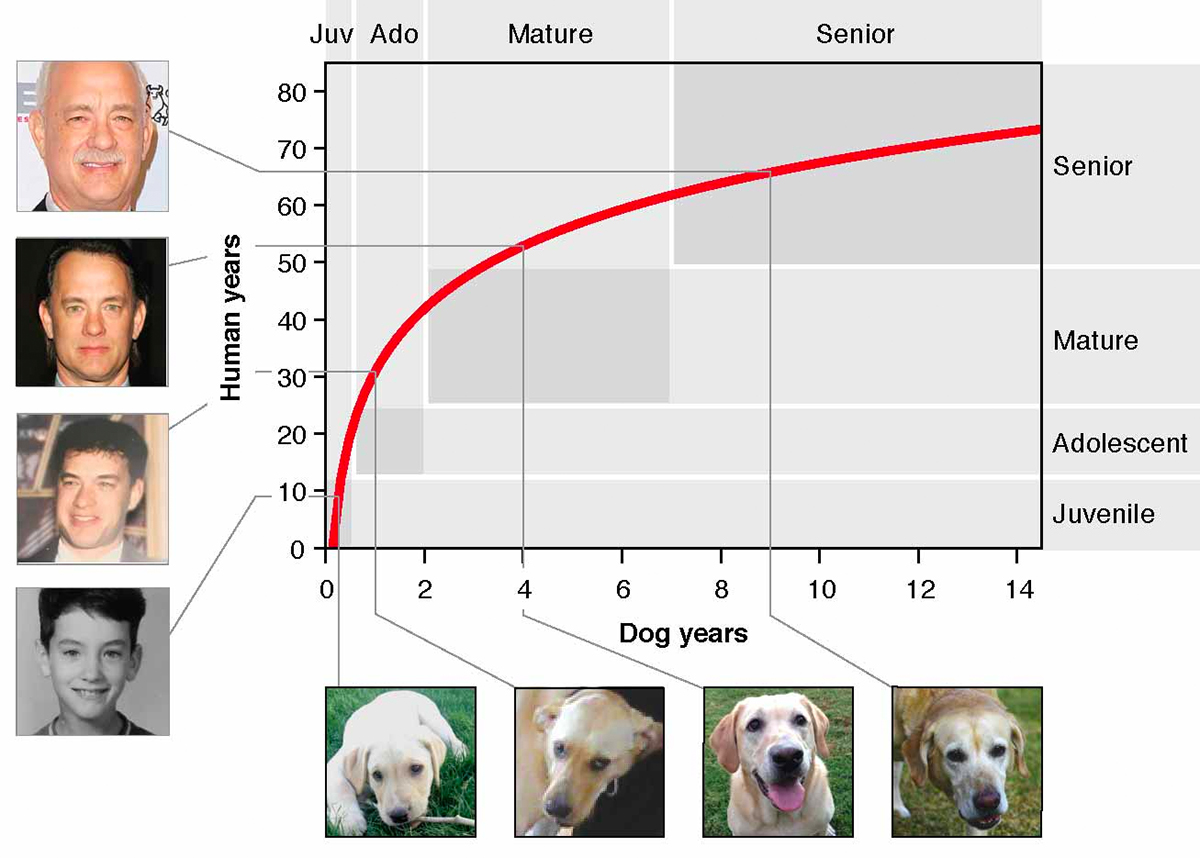 "This makes sense when you think about it – after all, a nine-month-old dog can have puppies, so we already knew that the 1:7 ratio wasn't an accurate measure of age," says bioengineer Trey Ideker, from the University of California San Diego.

This updated calculation method is based on studies in the emerging field of epigenetics, the way that genes can be switched on and off without affecting the underlying DNA.

In this case, the team looked at molecules called methyl groups – chemical tags, essentially – and how they accumulate as both dogs and humans age.

Using the methyl groups as a way of matching up ages across the species, the new formula was created. Further down the line, the researchers say, this new method could help test anti-ageing treatments, as well as giving us a better understanding of how pooches grow up and get older.

"There are a lot of anti-ageing products out there these days – with wildly varying degrees of scientific support," says Ideker. "But how do you know if a product will truly extend your life without waiting 40 years or so?"

"What if you could instead measure your age-associated methylation patterns before, during and after the intervention to see if it's doing anything?"

The idea to use dogs as a way of measuring ageing in a different and more accurate way was inspired by bioengineer Tina Wang from UC San Diego, the first author of the new study and her canine companion Belli.

As part of the research, the scientists sequenced the genome of more than 100 Labrador Retrievers through blood samples, analysing the build-up of methyl groups. While no other dog breeds have yet been studied, the researchers expect that the same method can be applied across multiple species.

It is effectively a new epigenetic clock – using methylation as a signal of age in the same way that you might look at wrinkles on a face, as Ideker puts it. This new method still isn't perfect, but it looks to be an improvement over the old times-by-seven rule.

As dogs live so closely with us, they're often exposed to the same environmental conditions and healthcare, and so a better understanding of their ageing process could help vets prescribe more suitable treatments – as well as perhaps helping us to understand that our pets aren't as young as they used to be.

"I have a 6-year-old dog – she still runs with me, but I'm now realising that she's not as young as I thought she was," says Ideker.

The research has been published in Cell Systems.