In the Death Valley desert in California, the dry lake of Racetrack Playa is renowned for being home to a wonderful peculiarity. Here, large and heavy rocks known as 'sailing stones' regularly cruise across the ground, leaving long tracks behind them.

Such sailing stone tracks (or at least one like them) have now turned up in an unexpected place: a fossil dating back 200 million years, and prized for its exceptionally well-preserved dinosaur footprints.

The fossil, which clearly shows the shape of the foot and even skin texture of a prosauropod - an early sauropod - has been on display since 1896. No one had thought anything of the long, smeared track next to the prints, until palaeontologist Paul Olsen of Columbia University copped an eyeful in 2017.

Now, he and colleagues have presented their findings at the 2019 Fall Meeting of the American Geophysical Union. They argue that the track we see on this fossil, right there - it was left by an ancient sailing stone. 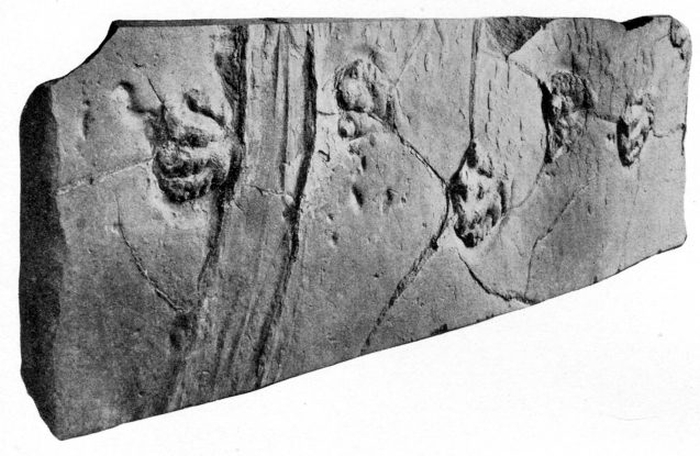 How did the rock slide through the dinosaur prints? According to Olsen and colleagues, their discovery could be evidence of briefly freezing temperatures in the tropics during the Early Jurassic 200 million years ago, when the dinosaur world expanded and mammals started to evolve and diversify at a furious rate.

This conclusion has to do with how sailing stones sail. Geologists have been fascinated with these skidding boulders for decades, and have come up with two mechanisms; one of those involves ice.

First, they had to rule out the other one though - microbes. One way rocks get to sail is with the help of microbial mats, like those seen in mudflats in Spain. There, rocks are pushed across the slippery mud by wind-generated water waves, leaving sailing stone tracks in the microbial mats. However, the other astonishing features of this fossil pretty much ruled that option out.

"When the microbial mat gets thick, it actually shields the mud from the details of the foot," Olsen said. Those lovely prosauropod skin textures wouldn't have survived a microbial mat.

That leaves one other mechanism that we know of. It's seen in the Racetrack Playa, where the mystery of the sailing stones was only solved a few years ago in 2014. 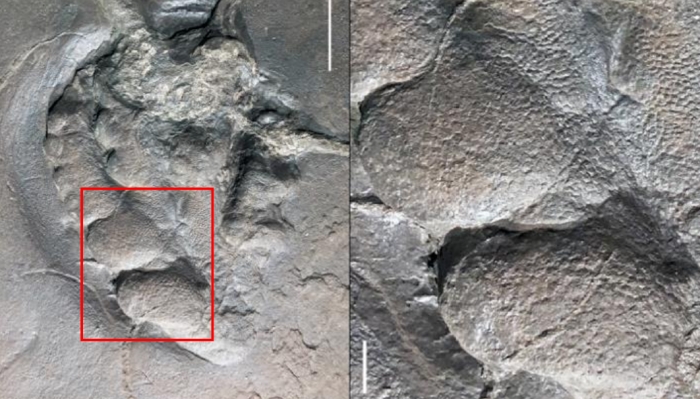 First, the area has to fill with water during winter, enough for a floating layer of ice to form on top, but not so much that the stones are fully submerged. Then, when night falls, it has to be just the right temperature to create "windowpane" ice, which must be thick enough to maintain strength, but thin enough to be able to move freely.

When the sun rises, the ice melts and cracks into pieces, floating on top of the liquid water. These floating panels are blown across the water by surprisingly light winds, pushing the rocks in front of them.

In this way, rocks weighing up to 320 kilograms (700 pounds) can "sail" across the ground, gouging out tracks in the slippery wet mud. Since the wind blows in one direction, the tracks of several stones all end up oriented in the same way.

Then, when the water evaporates, the mud hardens, setting the tracks in place - just like how fossilised prints get started. Thus, we get back to the team's hypothesis about the sudden freezing in the tropics, an idea that actually provides a bit of a problem.

You see, the fossil was excavated from Portland, Connecticut - a region that, 200 million years ago, would have been more equatorial, sitting at around 18 degrees latitude, with low elevation. Most of the plants and animals in the region at the time were not suited to frosty conditions.

"There are no reasons to think that freezing would be a normal situation there," Olsen said.

It's thought that this was caused by volcanic activity, which spewed gases into the atmosphere. In the short term, such volcanic events can result in significant cooling - what's known as a volcanic winter.

Such winters can actually have pretty far-reaching effects - the eruption of Mount Pinatubo in the Philippines in 1991, for instance, cooled global temperatures by an average 0.6 degrees Celsius for 15 months.

The researchers think that the effect of the volcanic activity at the Triassic-Jurassic boundary could have tipped the conditions in the tropics to produce sailing stone tracks akin to those we see in the Racetrack Playa today.

"This may be evidence of the cooling caused by the volcanic winter," Olsen said.

It's plausible, but not entirely conclusive. We don't know for certain that the track was made by a stone, or that there wasn't a microbial mat involved.

One way to learn more would be to find more fossilised sailing stone tracks, especially grouped together. If such tracks are all oriented in the same direction, that would be pretty compelling evidence in favour of the ice-propelled sailing stone interpretation.

Now, where do we start digging?

The research was presented at the 2019 Fall Meeting of the American Geophysical Union.