12 Rare Photos That Take You Inside an Amazing Salt Mine Hidden 2,000 Feet Below Lake Erie

The mine does not allow people other than workers to go underground, so when Morton Salt's parent company, K+S, offered photographer Ricky Rhodes a tour to photograph for their company newsletter, he jumped at the opportunity.

"The experience was like nothing I have experienced before," Rhodes told Business Insider of his tour. "I don't really have anything to compare it to."

The mine is an unusual space of long tunnels lit only by headlamps of the workers and minimal lights on the ceiling. Luckily, Rhodes had the proper photography gear to bring the place to life. All following photos by Ricky Rhodes:

Morton Salt Mine runs about 3 miles (4.8 km) under Lake Erie. 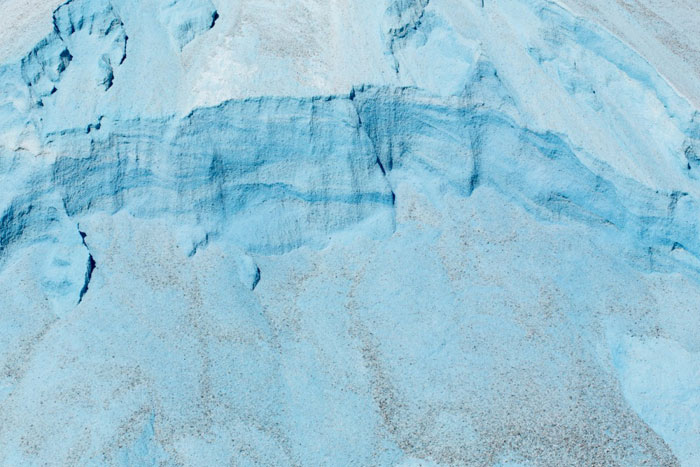 As part of the tour, Rhodes got to explore what goes on above ground, including the huge piles of salt that lie there. Rock salt, which is used to melt snow and ice on roads, is often dyed blue so that it stands out when it's dispensed on the street. 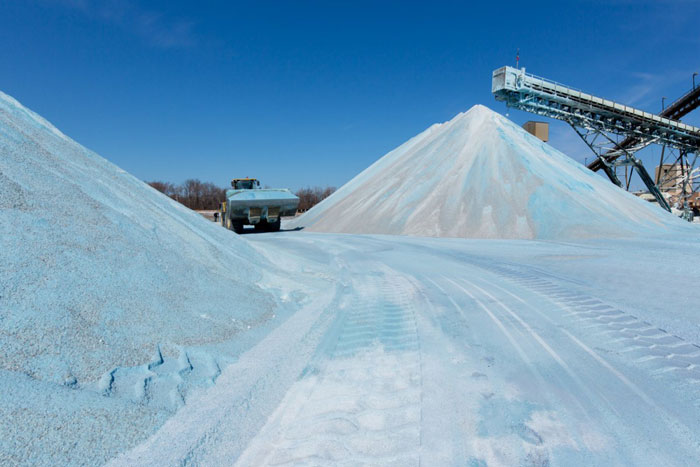 Driving by the mine above ground, you would never know that it's there.

"Manufacturing equipment and detritus is pretty common in Cleveland, so I don't think people think too much into this," Rhodes said. "I'm not sure that people connect the large piles of salt to the massive mining operation happening 2,000 feet (609 metres) below the lake." 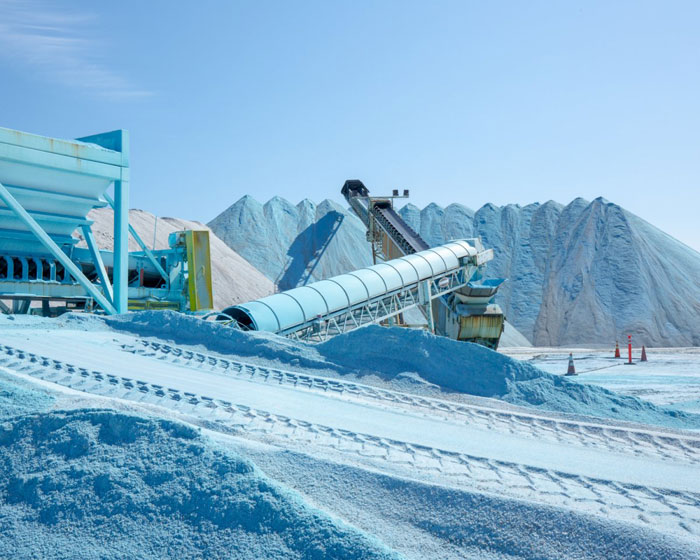 Workers can enter the mine by taking a 4-minute elevator ride. 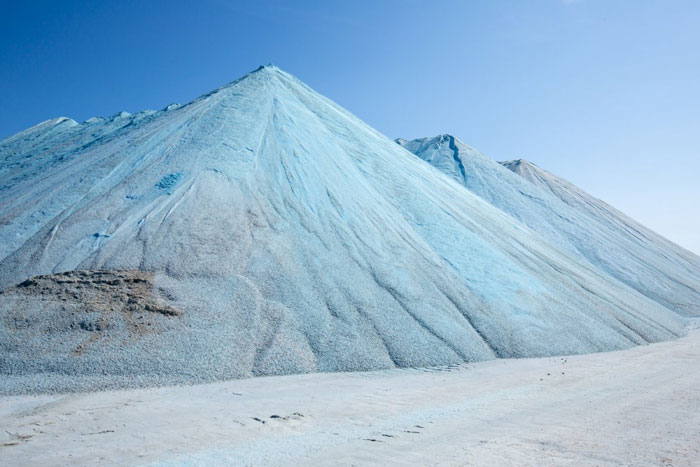 Much of the salt is moved from underground to above after it is broken up. Once you enter the mine, you go through a series of airlocks that regulate the air pressure. Fresh air from the surface is pumped down the mine shaft to supply oxygen to the miners. 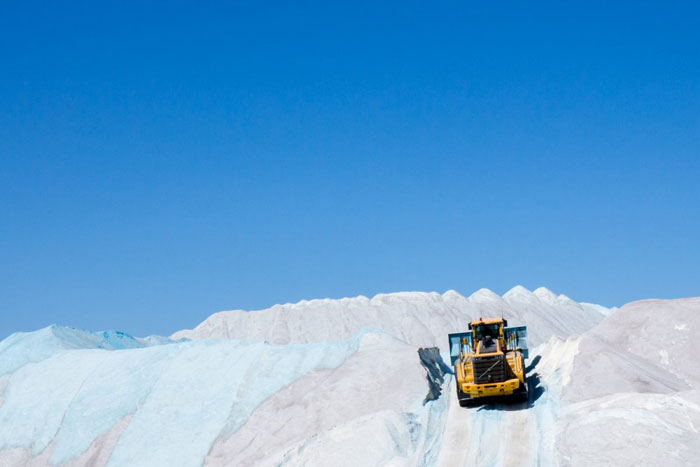 Workers are required to wear safety glasses, an emergency air pack that holds an hour's worth of oxygen, and protective head gear with headlights to help see around the dark area. 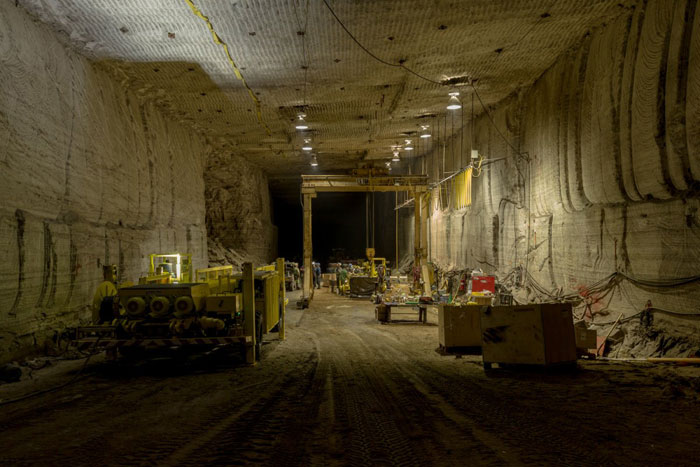 Inside the mine it's completely "pitch black", Rhodes said. Luckily, his powerful photo gear was able to bring the area to life. He used a Canon 1DX camera and two Profoto AcuteB 600s, an on-location lighting setup, to capture the interior. 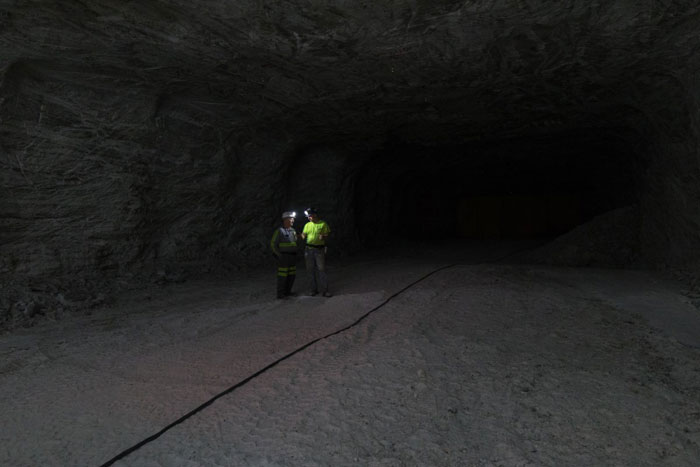 The first operation for mining rock salt is undercutting, a process by which large machines cut a space 10 or more feet (3 metres) deep into a solid salt wall. 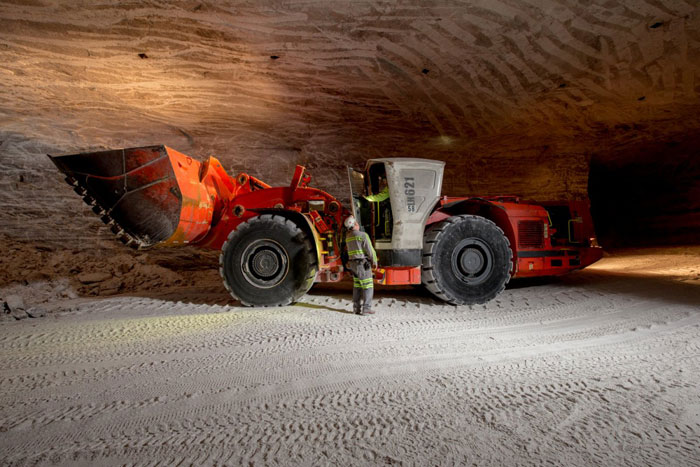 Then, small holes are drilled into the salt wall, and explosives are put into the holes. At the end of the day, explosives go off electrically. 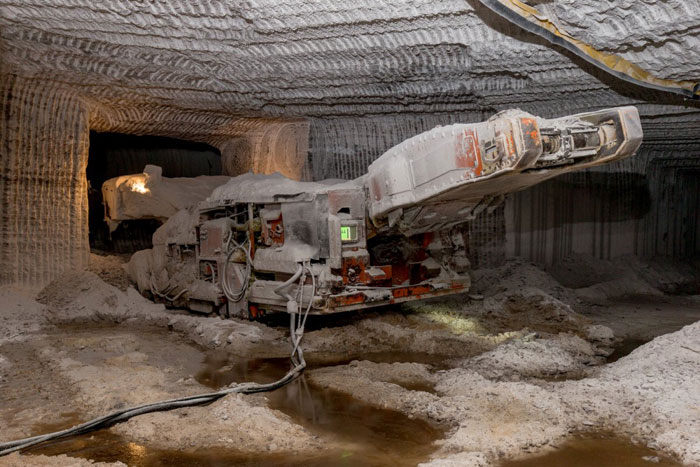 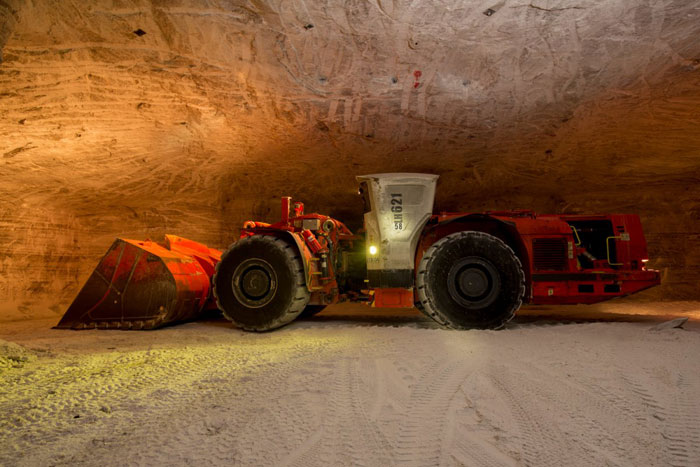 Rhodes says that once you're above ground, there's no evidence – not even sounds – of the explosions going off below. 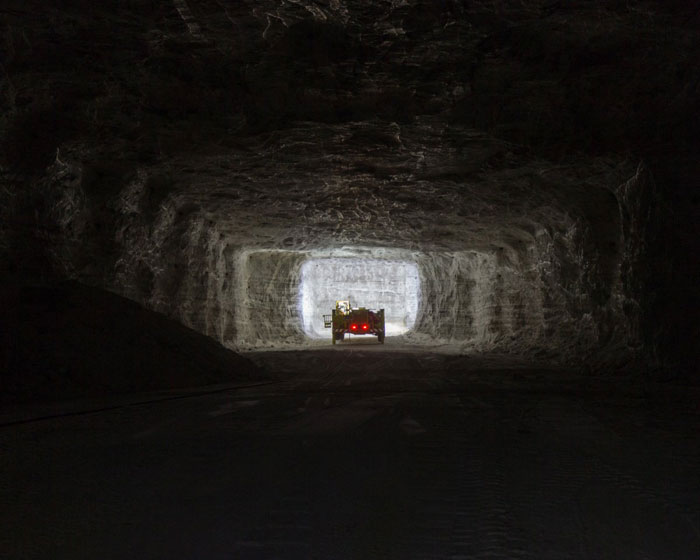 "The mine is extremely large," Rhodes said. "It is a bit eerie because other than my tour guide and assistant, there were not too many people we came across." 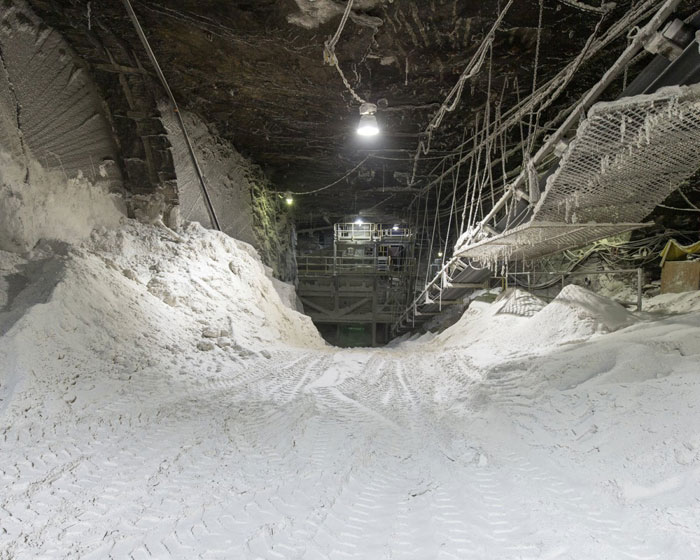