Conservationists in Russia have decided to designate a 32-square-kilometre (12-square-mile) piece of land inside the Sailyugemsky Nature Park as a sanctuary for the extremely rare and endangered Pallas's cats (Otocolobus manul).

"We need to estimate the number of Pallas's cats, and study the habitat area," researcher Alexey Kuzhlekov told Olga Gertcyk at The Siberian Times.

"The latest data on this species is outdated. It hasn't been updated over the last three or four decades. We created a database that is also available online. Information about every encounter with the rare cat is uploaded there."

If you're not up on your Pallas's cat facts, here's a refresher on what researchers know so far.

The Pallas's cat was originally described by German naturalist Peter Pallas back in 1776. He originally called it Felis manul, though they've been reclassified over the years as Otocolobus manul with "Otocolobus" meaning "ugly-eared" in Greek. 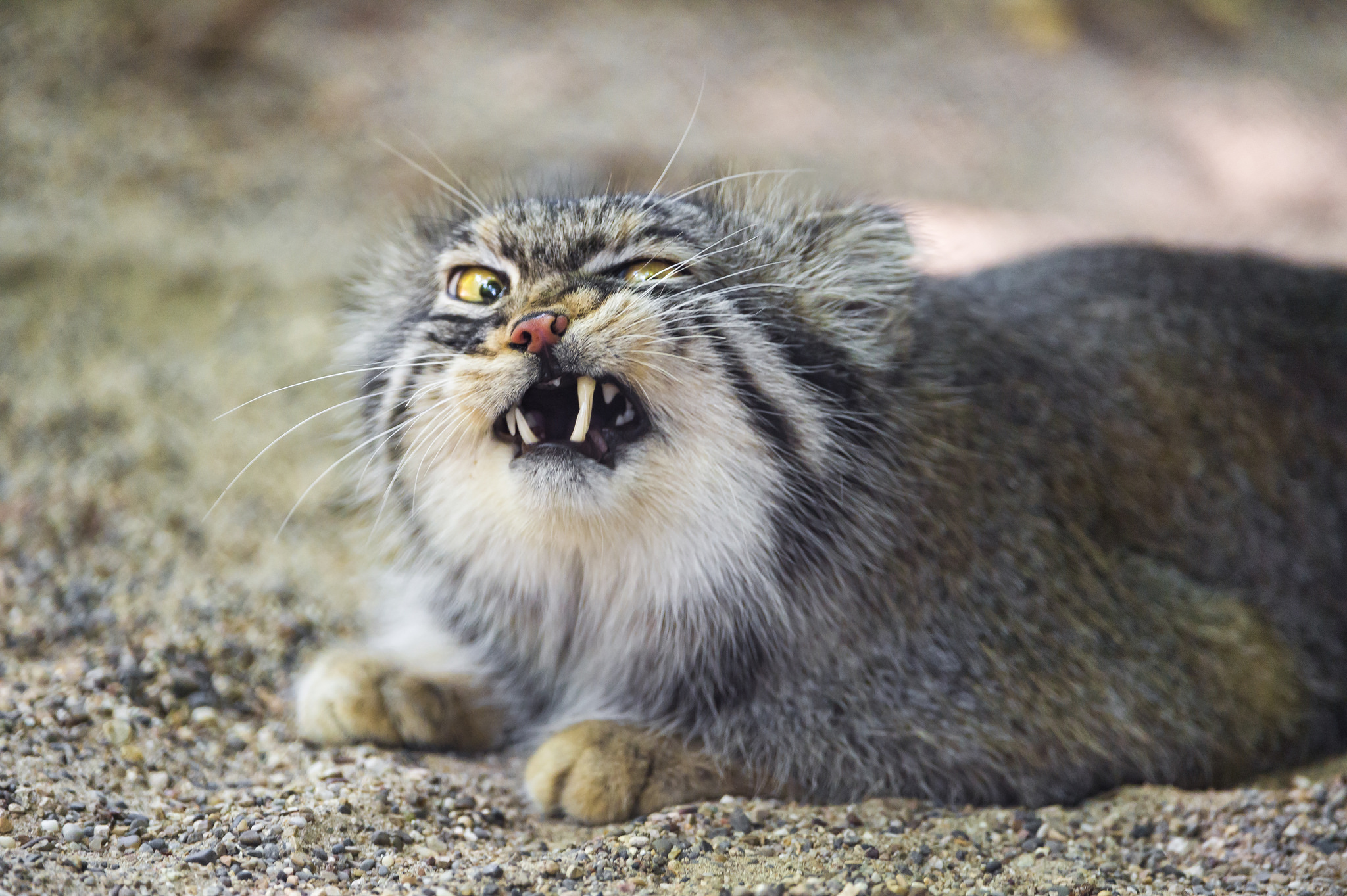 This "ugly-eared" name stems from the fact that Pallas's cats typically have small ears that they tuck back into their ultra-fluffy fur when alarmed or on the prowl.

And speaking of fluff, Pallas's cats have extremely dense fur, which makes them look a lot bigger than they actually are. That means their adorable fluff is actually a great way to ward of predators.

If you were to give a Pallas cat a trim - which we do not recommend - you would end up with a cat (probably a very angry one) measuring roughly 66 centimetres (26 inches) long, minus the tail, and weighing about 4.5 kilograms (10 pounds). For reference, that's about the same size as a large housecat.

Pallas's cats live solitary lives in remote areas of southern Russia, northern Mongolia, and some parts of central China, where they prefer rocky landscapes. They have a very short mating season - which normally happens in February and March - with a female's sexual cycle lasting only 26 hours.

Given those facts, it's easy to see how researchers have had a tough time studying Pallas's cats. And sadly, thanks to poachers hunting them for their fur, mainly in Mongolia, and habitat loss, thee awesome kitties are now on the verge of extinction.

That's what prompted an international team of researchers to campaign the Russian government to set aside a piece of land in the Sailyugemsky Nature Park, in the southern part of the country between the borders of Kazakhstan and Mongolia in the Altai Mountains, to give them refuge.

"The Pallas's cat is unfairly forgotten in the world although the animal is on the edge of extinction. There are only a handful of researchers studying it in Russia," Sailyugemsky Park director Denis Malikov told The Siberian Times.

Right now, the team is monitoring the park's Pallas's cat population using video traps, which they hope will give them accurate population numbers by November.

"All the world knows that this is where the snow leopard lives and that the park is responsible for its protection. The Pallas's cat also needs protection."

Only time will tell if the fluffy Pallas's cat will rebound. Until then, check them out as kittens: