These Incredibly Creepy Mass Graves Were Just Unearthed in Greece

Two mass graves have been unearthed in the Falirikon Delta region of southern Athens, containing the skeletons of 80 young men, many shackled at the hands and feet, and dated to between 675 and 650 BC.

Judging by their less-than-restful corpses, archaeologists have suggested that they're the long-lost followers of Cylon - an ancient Greek Olympian and nobleman who tried and failed to take over the capital almost 3,000 years ago.

When the graves were uncovered, archaeologists found the skeletons all lined up, some on their stomachs, and others on their backs. Of the 80 in total, 36 were shackled in iron. Their teeth were found to be in good condition, which indicates young, healthy men.

Two small decorative vases placed alongside the skeletons allowed the researchers to date the skeletons pretty accurately, to around the mid-late 7th century BC - "a period of great political turmoil in the region", the cultural ministry of Athens told the press this week.

The graves were discovered in an ancient cemetery on the coastal outskirts of Athens, as builders prepared the grounds for construction of the new National Library of Greece.

Considering the "the high importance of these discoveries", the ministry announced that local authorities will now launch an investigation into whether the land should be developed after all.

So who exactly did these ill-fated skeletons belong to? 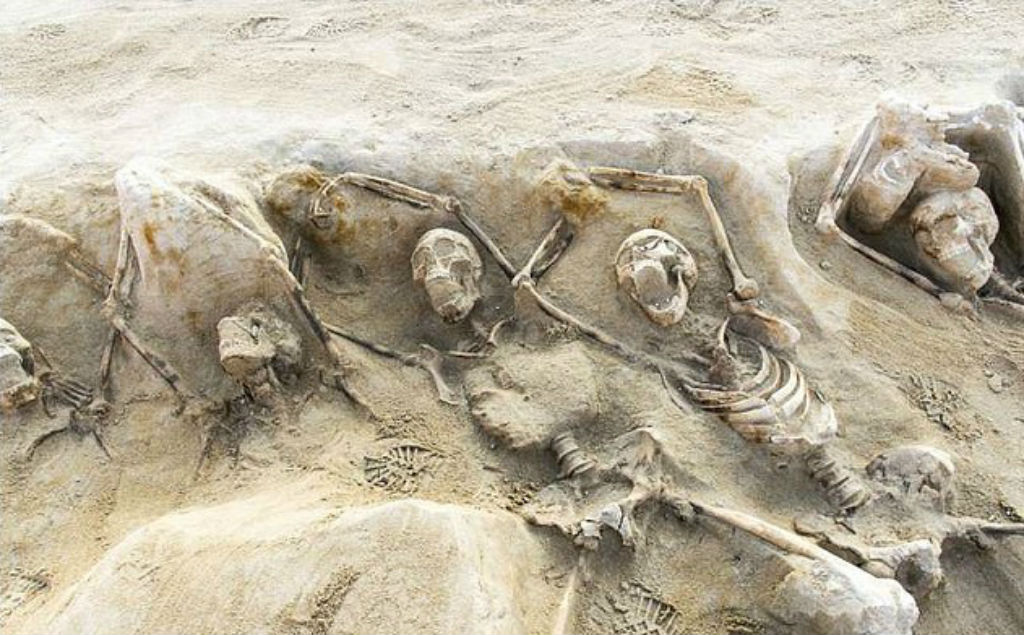 Since it's fair to say they were probably all young male prisoners when they died, the archaeologists who found them says that gives weight to the hypothesis that they were followers of Cylon, who led a failed coup of Athens around this time, as reported by ancient Greek historians Herodotus and Thucydides.

Unfortunately for Cylon, while he thought he'd make a great tyrant leader of the capital, the Athenians weren't that into him, so he had to seek the aid of sell-swords from the neighbouring city of Megara.

Upon seizing the Acropolis during the Festival of Zeus in 632 BC, things went sour for Cylon, and while he managed to slip out with his brother and flee into obscurity, his Megaran followers were cornered by the Athenians, and forced to take refuge in the temple of Athena.

They remained here until they realised they had no food left, and finally faced the nine archons - or magistrates - of Athens.

"Megacles, the chief archon, promised that the lives of the defenders should be spared, but no sooner had they left the altar than he ordered that they should be put to death," writes historian Mary MacGregor.

These 80 skeletons could be the remains of those young soldiers, which until now, had not been accounted for.

I guess the moral of the story is if you're gonna back a tyrant, make sure you back a good one?