If you've ever wondered just how well the coldest parts of Earth can preserve food, take a look at the 107-year-old fruitcake conservators just discovered in Antarctica – it looks almost good enough to eat, and has stood up remarkably well over a century.

The cake was found at the abandoned explorer hut at Cape Adare, left behind by the northern group of the Terra Nova expedition, who arrived at the spot in February 1911.

With those brave explorers now all long gone, this newly discovered fruitcake has survived much longer than any of them have, and gives researchers a small window into the expeditions on the ice shelf over a century ago.

It was found by a team from the Antarctic Heritage Trust (AHT) in New Zealand. The Trust has been collecting artefacts from Cape Adare for over a year now, amassing almost 1,500 items for long-term preservation. 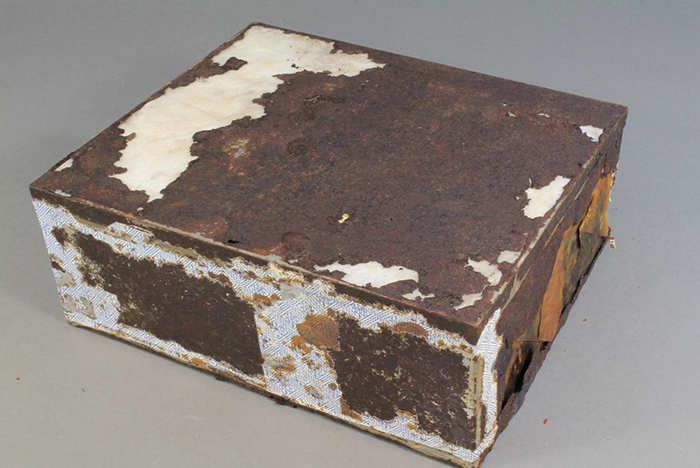 "With just two weeks to go on the conservation of the Cape Adare artefacts, finding such a perfectly preserved fruitcake in amongst the last handful of unidentified and severely corroded tins was quite a surprise," says AHT program manager Lizzie Meek.

"It's an ideal high-energy food for Antarctic conditions, and is still a favourite item on modern trips to the Ice."

The well-preserved cake was discovered in a tin box and was baked by the Huntley & Palmers biscuit company. The AHT team has removed the rust around the box and deacidified it, as well as repairing the paper wrapper around the cake and adding chemicals to stabilise its preservation for future years.

Sensibly, nobody has tried a bite.

According to historical documents, Terra Nova expedition leader Robert Falcon Scott took this brand of fruitcake with him when setting out in 1910. While he didn't personally stop at Cape Adare, some of his team did, which is why researchers have made the link.

Scott was part of a group that sailed further south, aiming to be the first to reach the geological South Pole, but the explorers were beaten to the landmark by 34 days by Norwegian Roald Amundsen.

After reaching the Pole, Scott's team was hit by particularly bad weather and illness, and also missed a rendezvous with a relief team. The travellers succumbed to the conditions on 29 March 1912, 18 kilometres (11 miles) away from the next supply drop.

The northern party that stayed at Cape Adare had better luck, but only slightly: after leaving the huts they survived a harrowing winter camped out in snow caves before finally making it back to their ship.

Having removed the almost 1,500 artefacts from the site, the AHT's next mission is to start conservation work on the buildings at Cape Adare – they're the first man-made structures ever put up in Antarctica, dating back to 1899.

That also means they're the only examples we have left of the first buildings to be put up on any of the continents.

After the restoration work is completed, the preserved artefacts are going to be moved back into place, fruitcake and all.

Eventually the buildings will look as they originally did, a testament to conditions experienced by some of the most ambitious explorers of the 20th century.

You can read more about the work of the Antarctic Heritage Trust on the organisation's website.