For the first time, researchers have managed to replicate all the mechanical, optical, and electronic functions of a lab-based blood test in one, low-cost smartphone accessory.

Developed by biomedical engineers from Columbia Engineering in the US, the device can simultaneously diagnose HIV and syphilis in just 15 minutes.

This means that anyone with a smartphone, whether they're in Rwanda, the slums of India or the Australian outback, now has instant access to a medical lab 24/7. And doctors can start treating patients within 15 minutes, which, when you think about how long we currently wait for test results to come back, is pretty damn revolutionary.

The device works by performing an enzyme-linked immunosorbent assay (ELISA) that looks for three antibodies all at the same time - the HIV antibody, and two different antibodies for syphilis.

Impressively, the new accessory - or dongle, as the team is calling it - doesn't need any stored energy, as it pulls all the power required from the smartphone it's attached to.

"Our work shows that a full laboratory-quality immunoassay can be run on a smartphone accessory," Samuel K. Sia, who led the development of the device, told Holly Evarts in a Columbia Engineering release.

"Coupling microfluidics with recent advances in consumer electronics can make certain lab-based diagnostics accessible to almost any population with access to smartphones. This kind of capability can transform how health-care services are delivered around the world."

The device has already been piloted by health-care workers in Rwanda, who tested 96 patients enrolled into programs to help prevent the transmission of infectious diseases from mother to child. The results came back within 15 minutes, with sensitivity of 92 to 100 percent.

In addition to it being accurate and quick, 97 percent of the patients said they would prefer the dongle test to traditional lab tests because it was so easy - health-care workers only required 30 minutes of training to use the dongle. The results of the first trial have now been published in Science Translational Medicine. 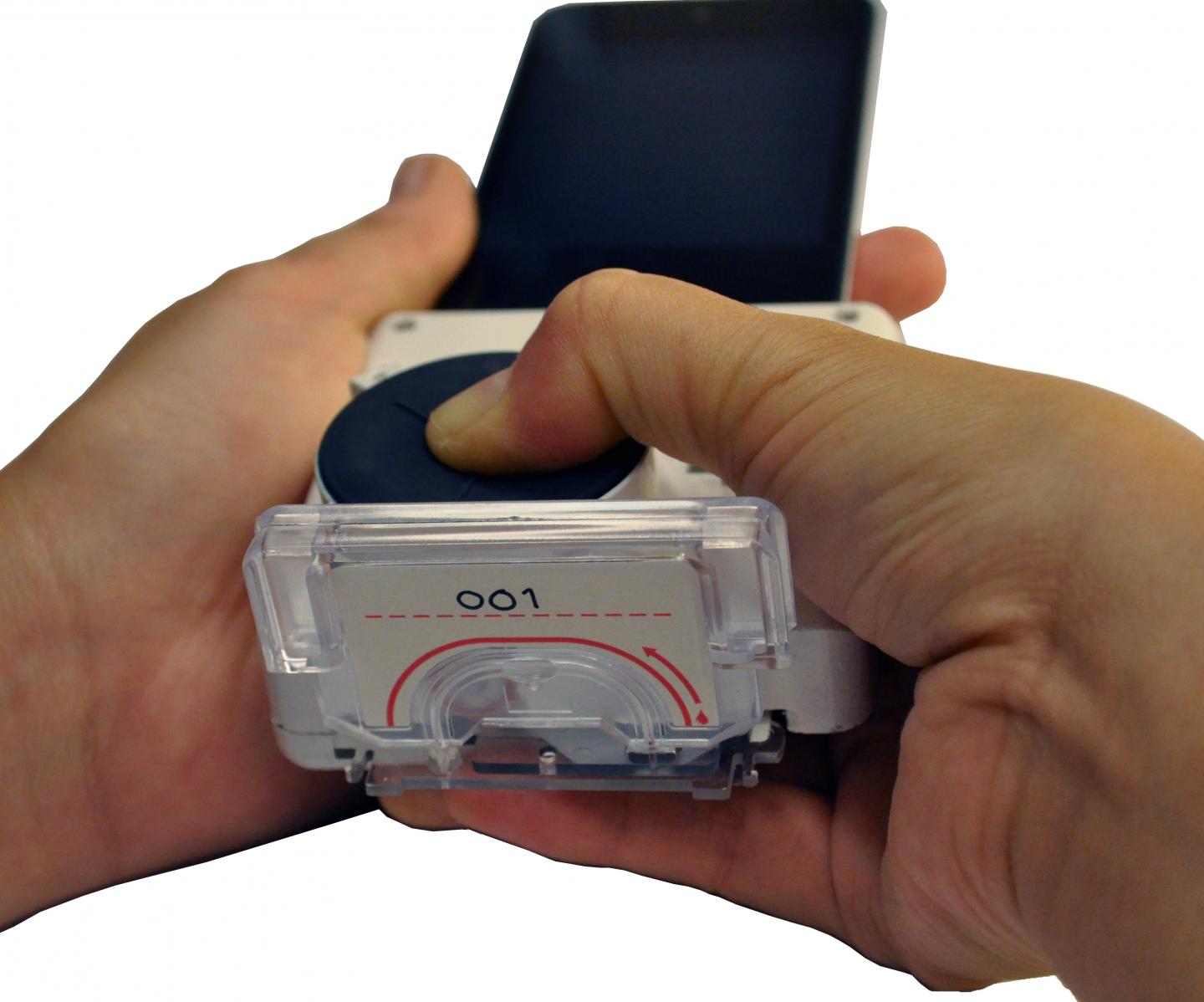 The list of features that Sia and his team have put into the dongle is pretty extensive, but basically they've done everything they can to make it cheap and easy to use, even in areas that don't have access to power consistently.

By using a 'one-push vacuum' to run the assay, rather than an electrical pump, they made the dongle less energy consuming. The team also worked out how to use the headphone jack to transmit power and data to the device, which means the dongle can be used on any kind of smartphone, including iPhones or Androids.

Considering the fact that you can't even use the same charger for an iPhone 4 and an iPhone 5, we think this is pretty revolutionary. And did we mention that Sia predicts the device will cost around US$34 to manufacture, compared to US$18,450 that normal ELISA equipment costs?

"Our dongle presents new capabilities for a broad range of users, from health-care providers to consumers," Sia told Evarts in the release. "By increasing detection of syphilis infections, we might be able to reduce deaths by 10-fold. And for large-scale screening where the dongle's high sensitivity with few false negatives is critical, we might be able to scale up HIV testing at the community level with immediate antiretroviral therapy that could nearly stop HIV transmissions and approach elimination of this devastating disease."

"We are really excited about the next steps in bringing this product to the market in developing countries," he added. "And we are equally excited about exploring how this technology can benefit patients and consumers back home."