The skull of DNH 155. (Jesse Martin and David Strait)
HUMANS

This Extinct Human Ancestor Evolved to Cope With Climate Change, But Didn't Survive

The discovery of a 2-million-year-old skull in a South African cave is changing what we think we know about one of humanity's primitive ancestors, scientists report in a new study.

But the newly unearthed fossil specimen from the extinct human species Paranthropus robustus is also giving researchers a unique snapshot on the transformations that climate change might unleash in a population living under environmental stress – spurring adaptations that could make life easier and survival likelier.

P. robustus, so named because of its robust appearance with a large, sturdy skull, jaw, and teeth, emerged roughly 2 million years ago in South Africa, and eventually became one of the first early hominin species discovered and studied by mid-20th century anthropologists.

It seems, though, that not all P. robustus individuals were equally robust, and we know this thanks to the newly unearthed specimen, identified as DNH 155. 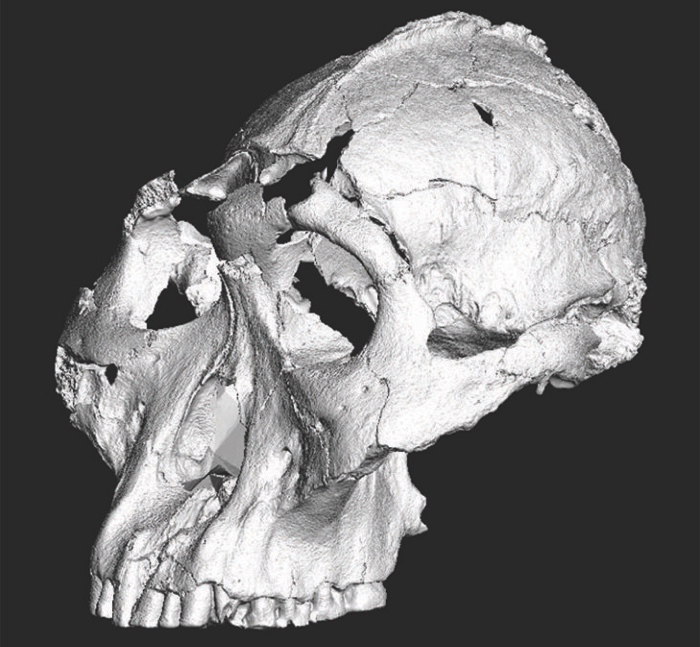 The reconstructed skull of DNH 155. (Jesse Martin and David Strait)

DNH 155, discovered in 2018 by a student on a field expedition in the Drimolen caves system northwest of Johannesburg, appears to be somewhat different to its P. robustus kin, at least based on the fossil evidence uncovered before now.

DNH 155, a male, is significantly smaller than other P. robustus specimens thought to be male, which were recovered from a nearby site called Swartkrans. In fact, DNH 155's smaller stature more closely resembles a female individual, known as DNH 7, also from the Drimolen quarry site.

But there's more than geography that divides these two ancient populations. There's also the matter of time: about 200,000 years of it, give or take.

In their new study, Martin and his team contend that DNH 155 and DNH 7 provide a glimpse of a primitive state of P. robustus before microevolutionary changes over the next 200 millennia encouraged the adaptations seen in the Swartkrans set.

One of the chief factors that could have brought about such an event, the researchers think, was an ancient episode of climate change that affected the South African landscape around 2 million years ago, in which the environment became more open, drier, and cooler.

Those changes would have left their mark on many things, including the kinds of foods that were available to P. robustus, necessitating the biting and chewing of tough vegetation – foods that wouldn't have been so easy for DNH 155 and DNH 7 to munch and masticate, given the layout of their teeth and chewing muscles.

"When compared to geologically younger specimens from the nearby site of Swartkrans, the Drimolen cranium very clearly shows that it was less well adapted to eating these challenging menu items," says evolutionary anthropologist Gary Schwartz from Arizona State University.

Despite the successful adaptations that slowly changed P. robustus's body over some 200,000 years, it sadly wasn't to be. The species eventually died out. At around the same time, our direct ancestor, Homo erectus, was also emerging in the same part of the world.

"While we were the lineage that won out in the end, the fossil record suggests that P. robustus was much more common than H. erectus on the landscape 2 million years ago."