A recent high school graduate has used AI to generate nude portraits, and the results are so disturbing.

By combining a collection of nude portraits and a methodology called Progressive Growing of GANs, Robbie Barrat (aka @DrBeef_) attempted to train a neural network to generate its own nude portraits.

GANs, or Generative Adversarial Networks, are computer networks that learn by generating new data based on an existing datasets, then evaluating if this new data fits with the existing data.

The "Progressive Growing" aspect refers to how new data is introduced to the network in a way that gradually increases complexity to help the AI software learn while remaining stable.

Ultimately, Barrat admitted on his website, the machine failed to learn proper human anatomy. Instead, it started generating surreal and rather disturbing blobs of flesh.

The result? Beautiful and unnerving art.

Here are some AI generated nude portraits I've been working on?

Usually the machine just paints people as blobs of flesh with tendrils and limbs randomly growing out - I think it's really surreal. I wonder if that's how machines see us... pic.twitter.com/tYgzCHGfse

The thought is unsettling. Because while some of the portraits got remarkably close to resembling a human body, some of them were just way off. 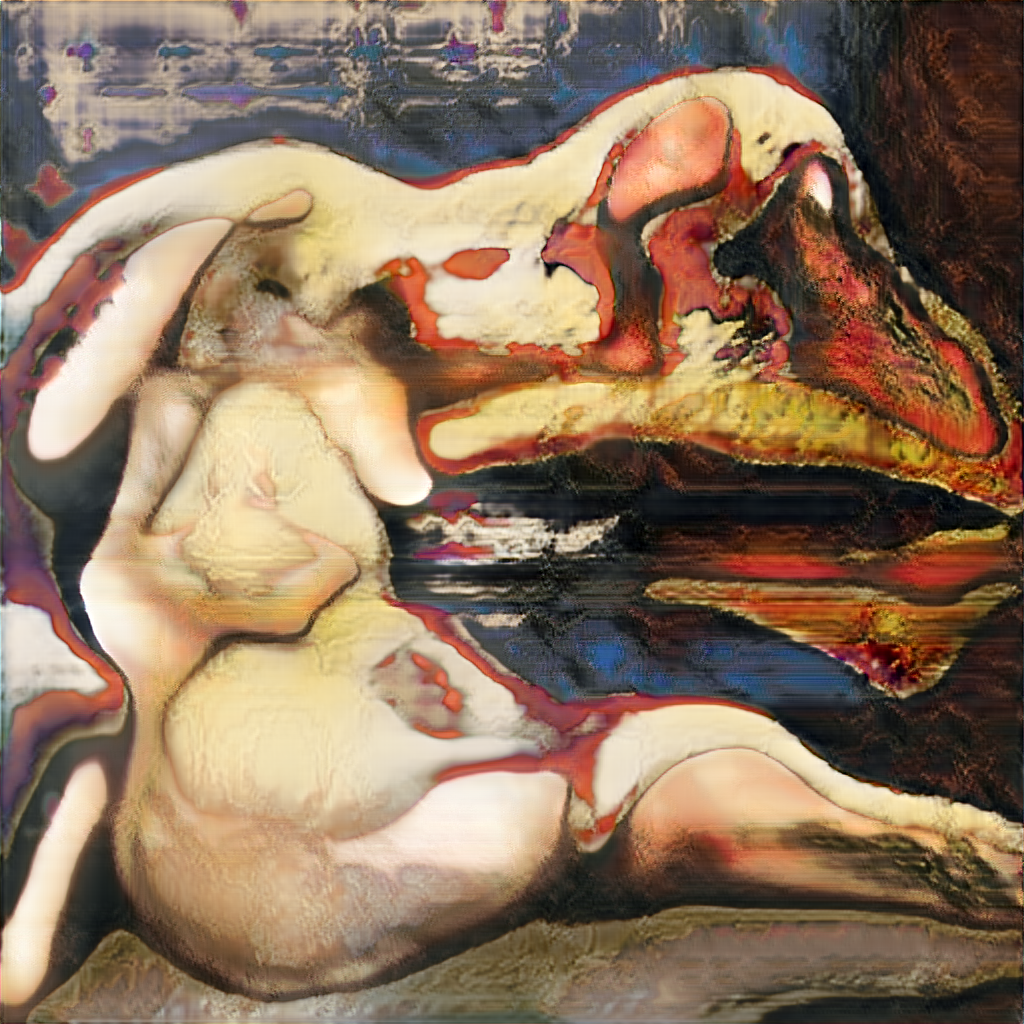 But this was all part of the original idea. Breaking the stereotype of the "sex-crazed" youth, Barrat wasn't interested in generating sexual or even realistic nudes. The goal was to combine his passion for art and machine learning.

Finally starting to get some more results with hallucinated features.

I want the generations to resemble a painted and non-sexual study of the human figure instead of these... pic.twitter.com/FDL8QpjbcK

Apart from portraits, Barrat also trained the AI to generate landscape paintings. And while the AI had a much easier time generating an image of the environment, Barrat isn't always looking for the most perfect output.

Some similar outputs from the landscape GAN - it was a *lot* harder to find super strange outputs, i guess because landscapes are easier for the GAN to paint that nude portraits?

I really think that these are more interesting/significant than the "good" outputs. pic.twitter.com/mwUgo9rcaP

In fact, sometimes he prefers the images to not resemble anything at all.

I'm actually really interested in the AI-generated paintings that resemble nothing from the training set. They're pretty easy to write off as noise, or a spot in latent space where the GAN stopped learning early on, but there's something interesting about them. pic.twitter.com/kitJA6Kvef

Some slightly more gruesome portraits from the same series... the dark red bits in between the gaps in skin look oddly like bloodied flesh - there was nothing like that in the training set, though. pic.twitter.com/EJqBidZ1oG

Still, the artist admitted he's not immune to the unsettling nature of the AI's portraits.

The nude-portrait AI's paintings make me feel weirdly uncomfortable, but when it paints figures that don't even *remotely* resemble flesh or people, it makes me deeply uneasy and a bit nauseous.

Everything just looks so horrible and alien. pic.twitter.com/t7zNy6LOmS

What's art without a bit of discomfort?