This Company Recycles Cigarette Butts And Turns Them Into Plastic

Cigarette butts are everywhere - clogging up our streets, littering our beaches - and for decades they've been thought of as 'unrecyclable', because they contain such a tightly packed mix of organic and inorganic products that recycling companies can't deal with them.

But a New Jersey-based company has taken on the challenge, and has come up with a way to recycle millions of cigarette butts and turn them into industrial plastic products, such as shipping pallets, railway sleepers, and even ashtrays.

The company is called TerraCycle, and its aim is to take items that people normally consider impossible to recycle, and then use science to figure out a way to do just that.

Since launching in the early 2000s, they now have more than 7,000 cigarette recycling bins in nine countries around the world, including the US, UK, and Australia, and people can also send their old cigarette butts in for free to have them recycled.

Obviously it would be even better for the environment if everyone just stopped smoking, but the statistics show that that's not happening any time soon. Despite the increase in anti-smoking ads and messaging over the past 20 years, between 2000 and 2014, global cigarette volume sales increased by 8 percent, as Ari Phillips reports for Fusion.

And a whole lot of those cigarette butts are ending up as trash - the US National Institutes of Health (NIH) estimates that around 4.5 trillion of the 6 trillion cigarettes smoked every year end up littered in the environment.

That's a problem, because most of our litter eventually ends up in waterways, and cigarettes contain a whole lot of toxins that can contaminate the surrounding environment. "It only takes a single cigarette butt to contaminate a litre of water," TerraCycle founder, Tom Szaky, told Fusion. "Animals can also mistake littered butts for food."

So how do you go about turning all those toxic butts into something useful? TerraCycle does this by first breaking them down into their individual parts.

They compost the leftover organic material, such as the tobacco and the paper, with other foodscraps, and use it on non-agricultural land, such as golf courses.

The filters are a little harder, because many are made of cellulose acetate, which is a type of plastic that's also used to make sunglasses.

To recycle these, TerraCycle first sterilises and shreds them, and then blends them with other recycled materials, allowing them to be melted into industrial plastic, which is sort of like low-quality 'plastic lumber' that can be used to build railway sleepers and shipping pellets. 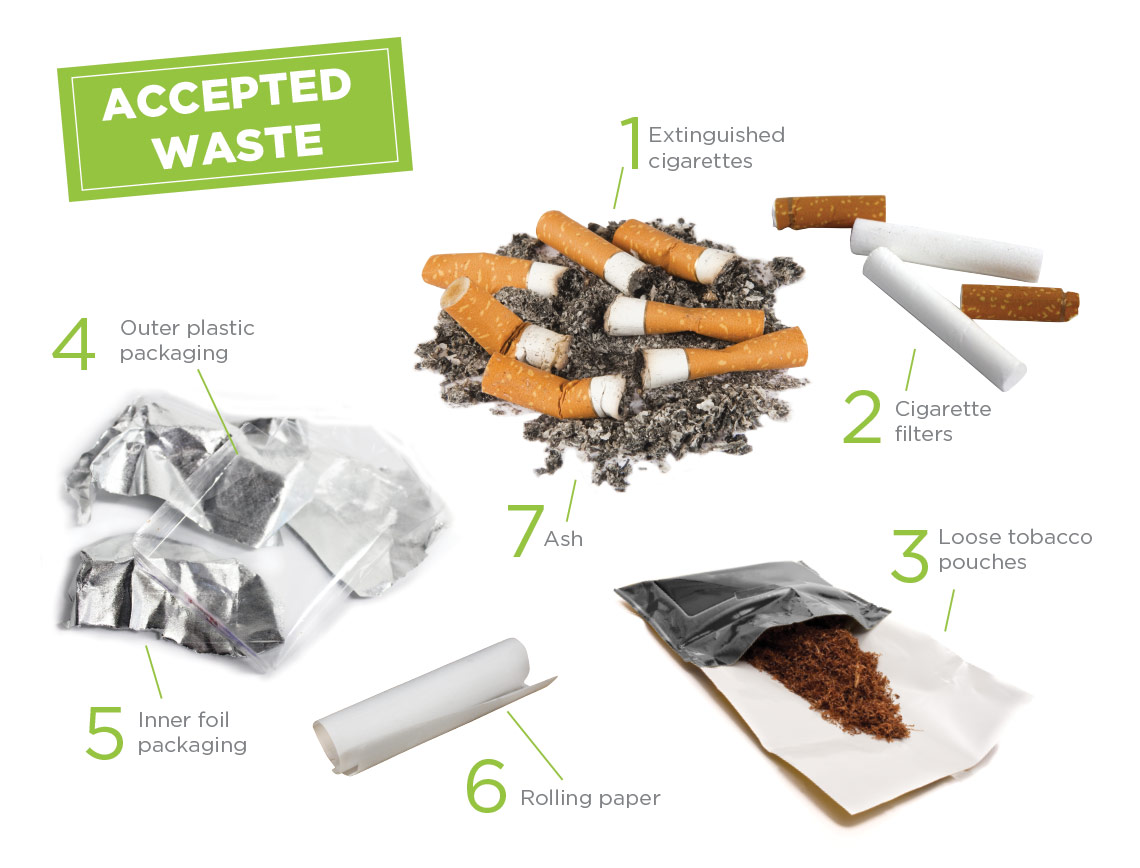 The company also creates items like Frisbees and ashtrays, as well as playgrounds and community gardens, from their recycled products. And a 2009 study suggested that ground-up cigarette butts could be used to make bricks.

While the manufacturing process is straightforward - it simply involves melting down and remoulding the plastic - the real problem is the expense. According to Szaky, it takes about 2,000 cigarettes to produce 1 kilogram of plastic, and unfortunately, the recycling process costs more than the plastic products can be sold for, so there's no way it's going to be adopted by major recycling plants any time soon.

But TerraCycle gets corporations - including cigarette companies - to sponsor their bins and recycling programs to fund the process, so they can keep it free for cities and the people who send their butts in.

They're now also expanding their recycling offerings to the rest of the 80 percent of household waste that currently can't be recycled - such as chocolate wrappers, pens, and mobile phones. The goal is to use the latest research to find a way to stop so much waste ending up in landfill, and then get companies to fund the process. And so far, it's working.

"We haven’t found anything that we can’t recycle," communications director of TerraCycle, Albe Zakes, told Fusion. "But with the amount and variety of packaging and litter in the world, we are always looking for new waste streams to address."