If the state of the world is getting you down right now, and all you want to do is escape these Earthly shackles, take comfort in the fact that the brightest minds on the planet are trying really, really hard to make that happen.

The dream of leaving Earth behind to set up shop on a lunar or Martian base is far from realised just yet, but in the meantime, this epic short film by digital artist Erik Wernquist gives you a glimpse of what it's actually going to look like if when humans conquer the Solar System.

In less than 4 minutes, Wanderers takes us on a mind-bending journey through the Solar System, as humans from the future base-jump off the tallest known cliff in the Solar System - Verona Rupes on Uranus' moon Miranda - and float through the clouds of Saturn.

And just to top it all off, we get to see the incredible sights of human space exploration while Carl Sagan reads us his 1994 book Pale Blue Dot:

Hey, who's cutting onions in here?

"Wanderers is a vision of humanity's expansion into the Solar System, based on scientific ideas and concepts of what our future in space might look like, if it ever happens," Wernquist explains.

"The locations depicted in the film are digital recreations of actual places in the Solar System, built from real photos and map data where available."

Some creative license has obviously been taken by Wernquist in the film - for example, we don't really know what it's going to be like if we started mining asteroids, or viewing Saturn's rings from the safety of a blimp.

But considering we're still figuring out what our neighbouring planets even look like, it's about as accurate a representation as we're going to get right now of what it would be like to cruise through the dense atmosphere of Saturn's moon Titan, or beam light into the darkness from underground moon colonies.

"Without any apparent story, other than what you may fill in by yourself, the idea with the film is primarily to show a glimpse of the fantastic and beautiful nature that surrounds us on our neighbouring worlds - and above all, how it might appear to us if we were there," says Wernquist.

If you missed some of the best bits, or are wondering where some of the incredible scenes are taking place, here are a bunch of annotated stills from the film to bask your imagination in. 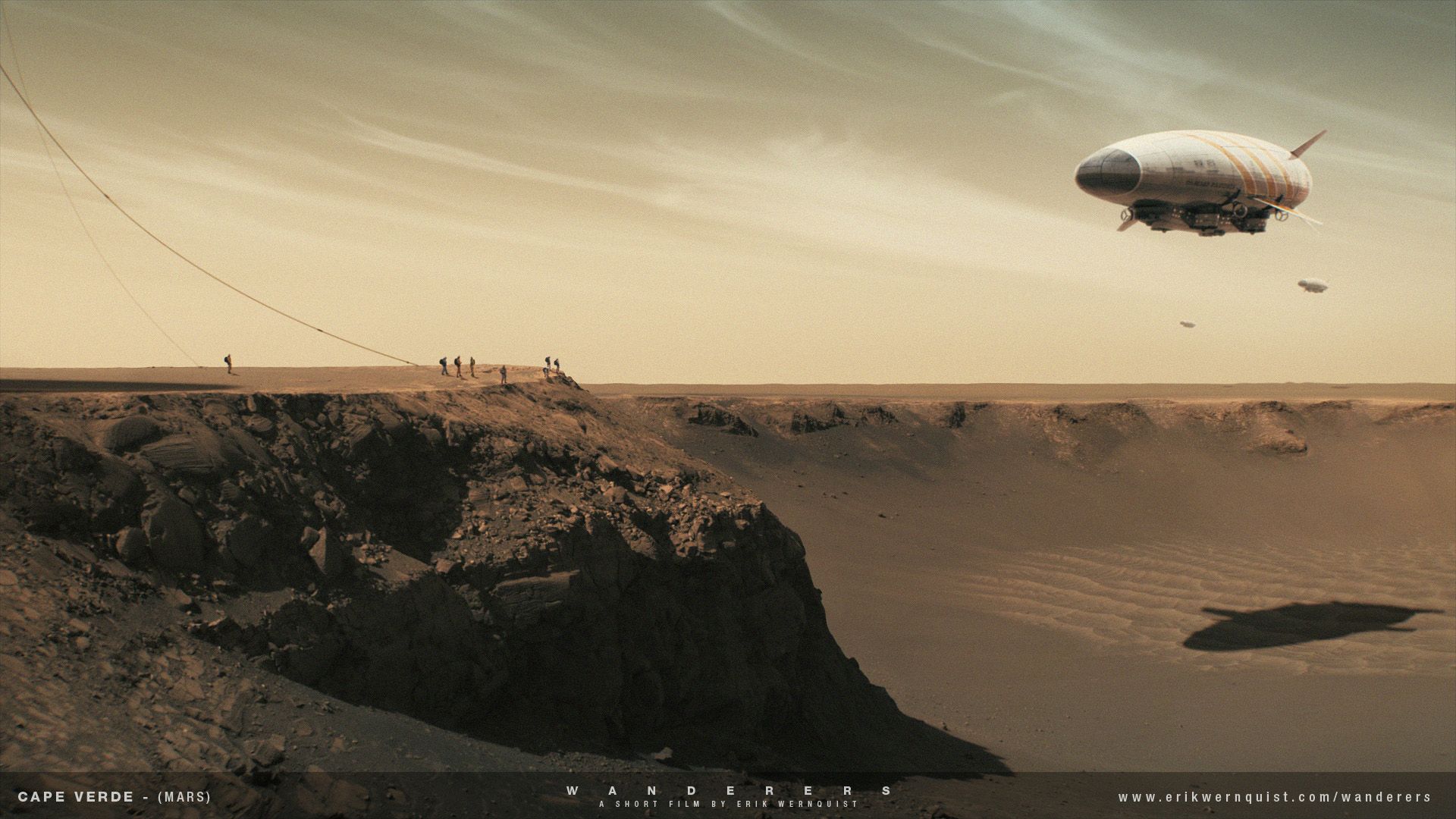 A group of people await the arrival of a few dirigibles at the edge of the Victoria Crater on Mars. 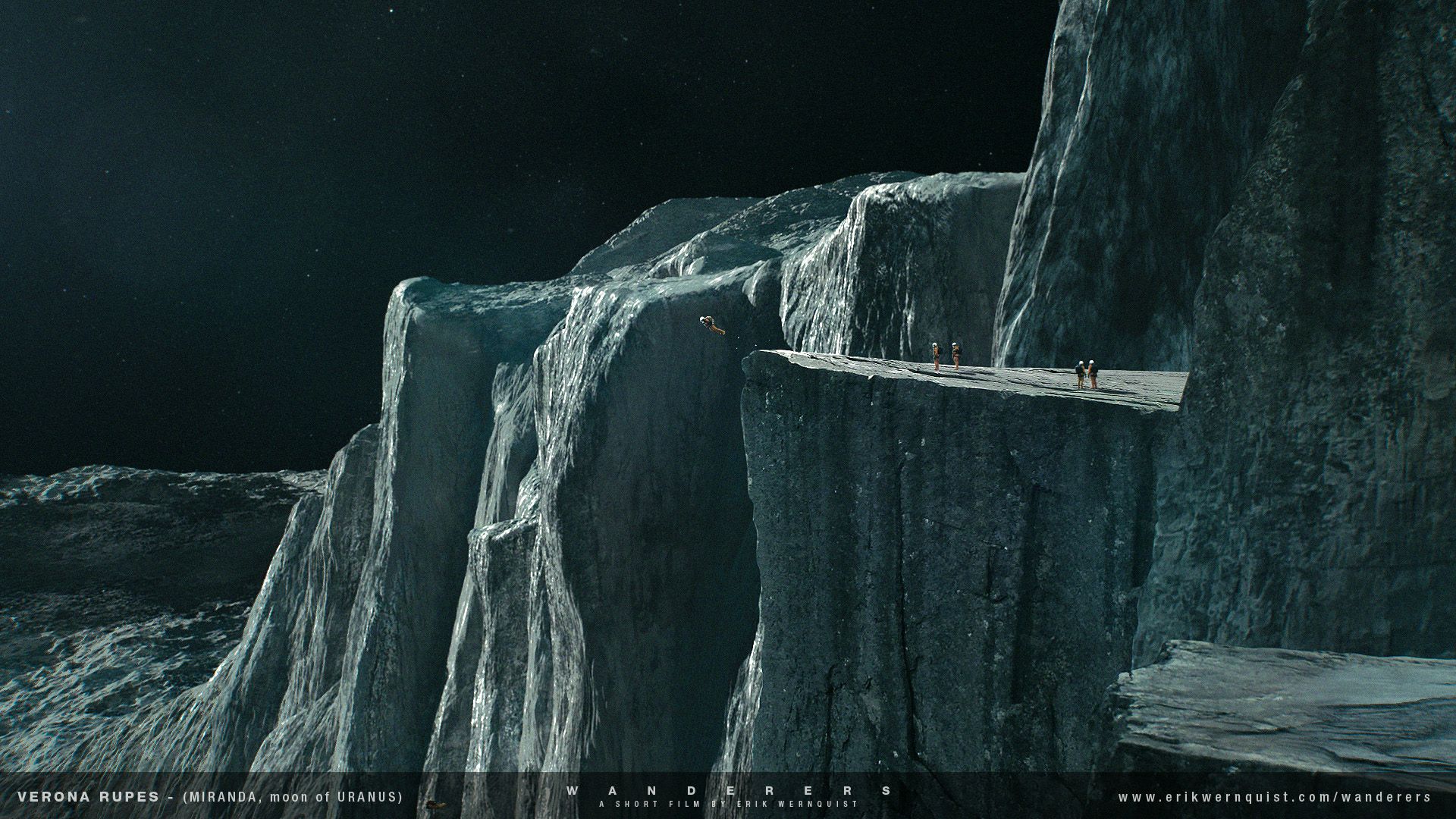 Base jumping off the tallest cliff in the Solar System, located on Uranus' moon Miranda.

The rings of Saturn: 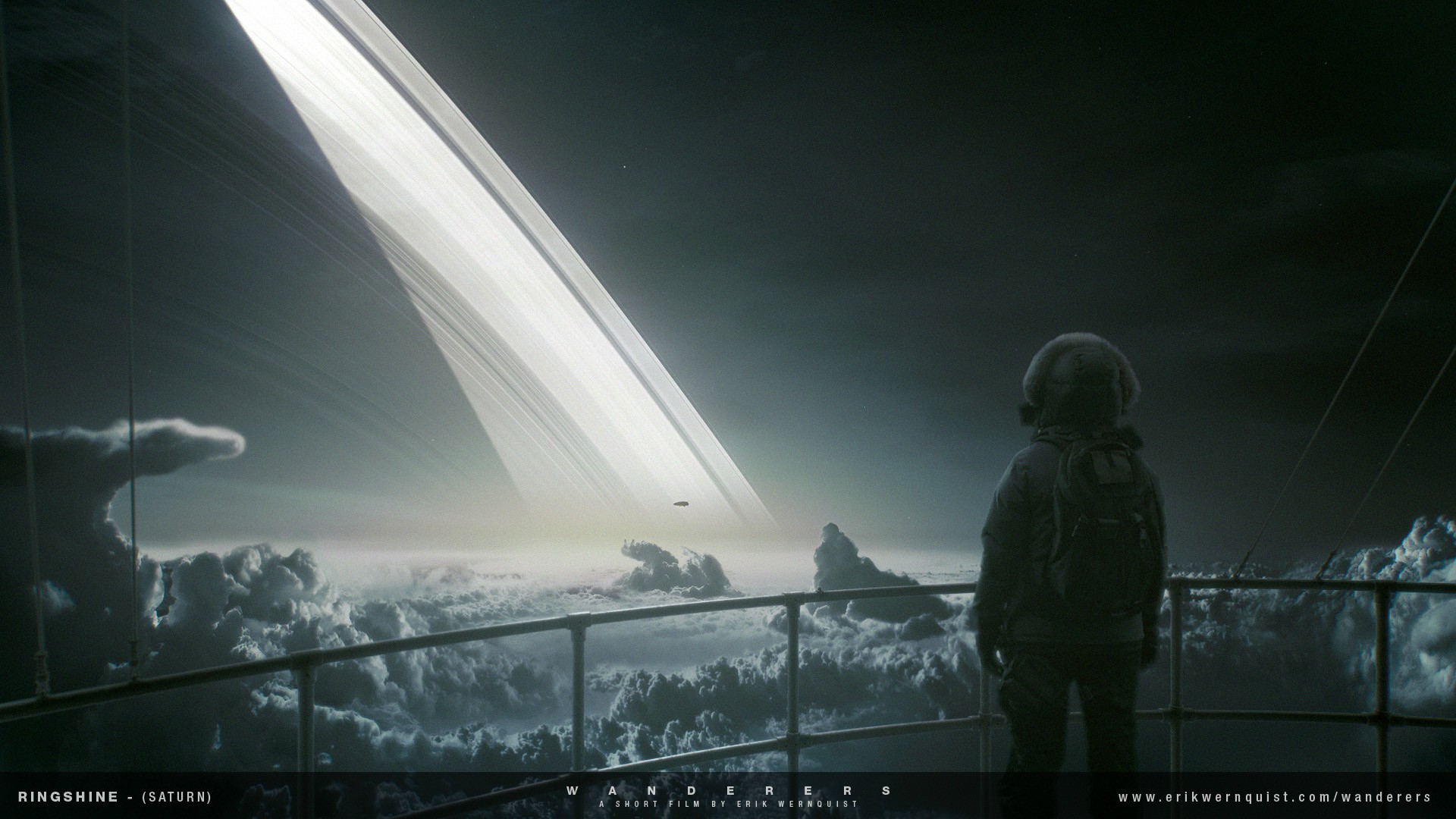 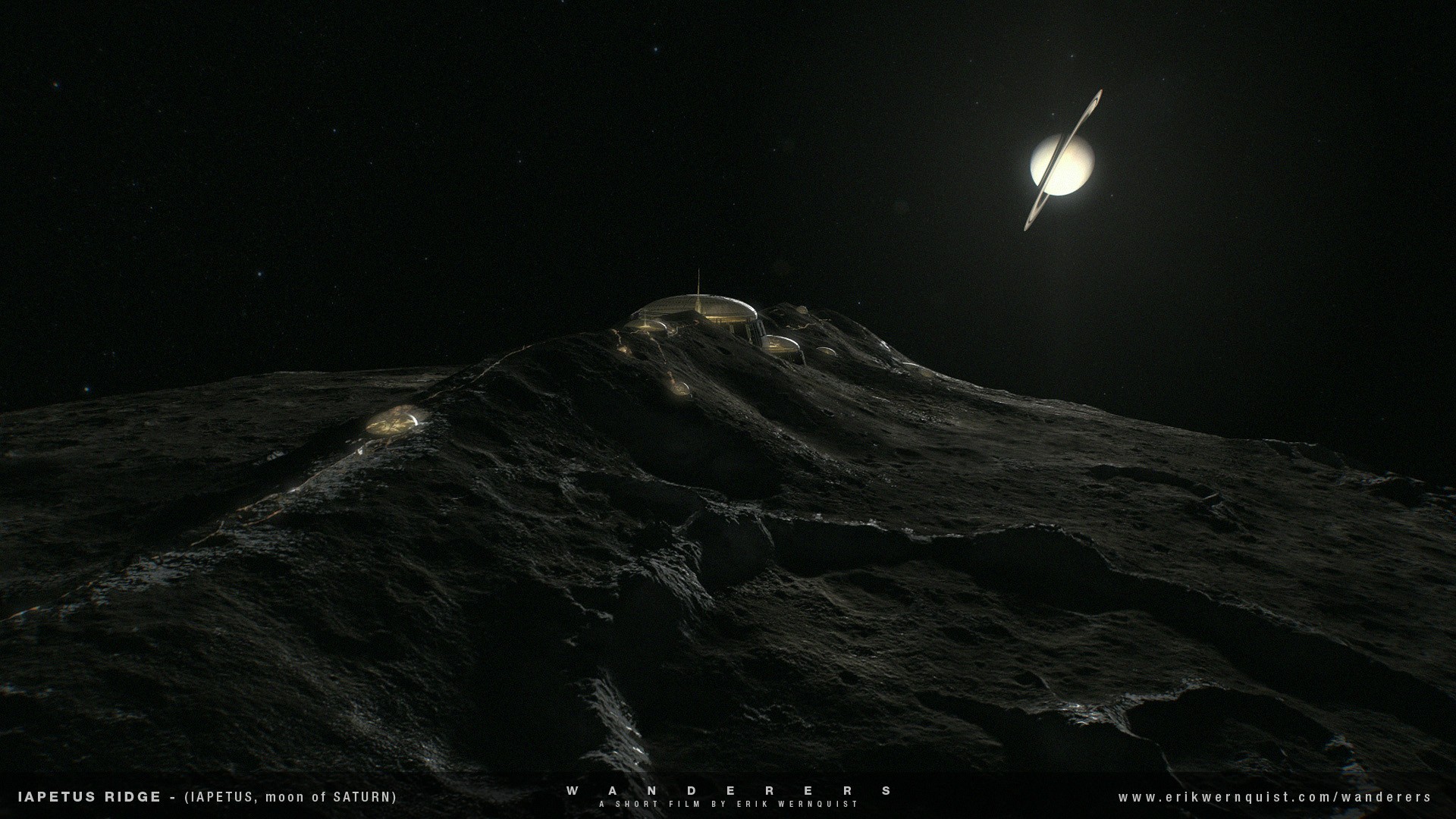 Simulating a shot taken in low orbit over Saturn's moon Iapetus, this scene shows domed settlements along the equatorial ridge that runs along the moon's circumference. 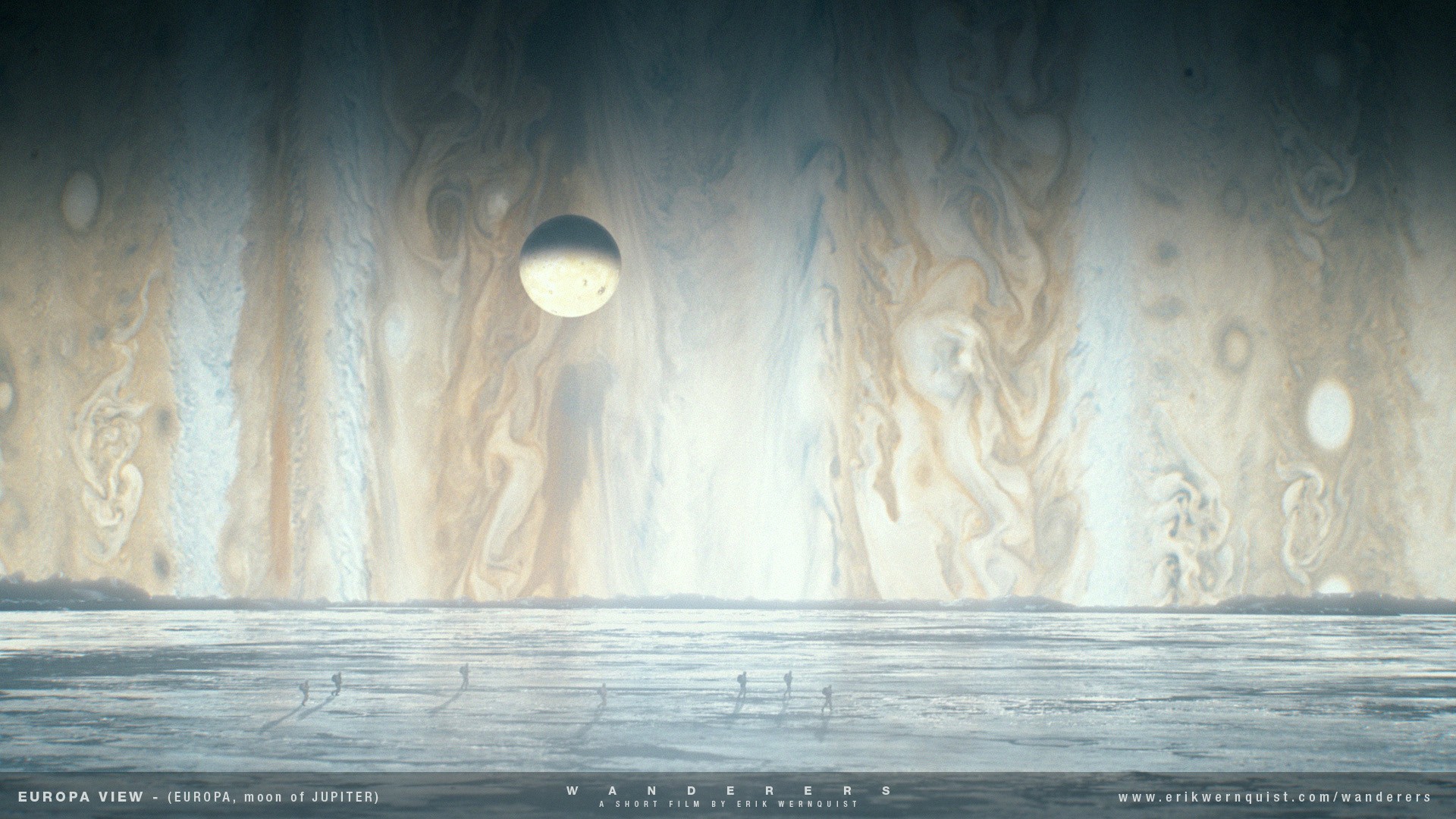 A group of people hiking across the icy plains of Jupiter's moon, Europa. Jupiter and another of its moons, Io, are seen in the background.

A 'terrarium' inside an unnamed asteroid in the Main Asteroid Belt: 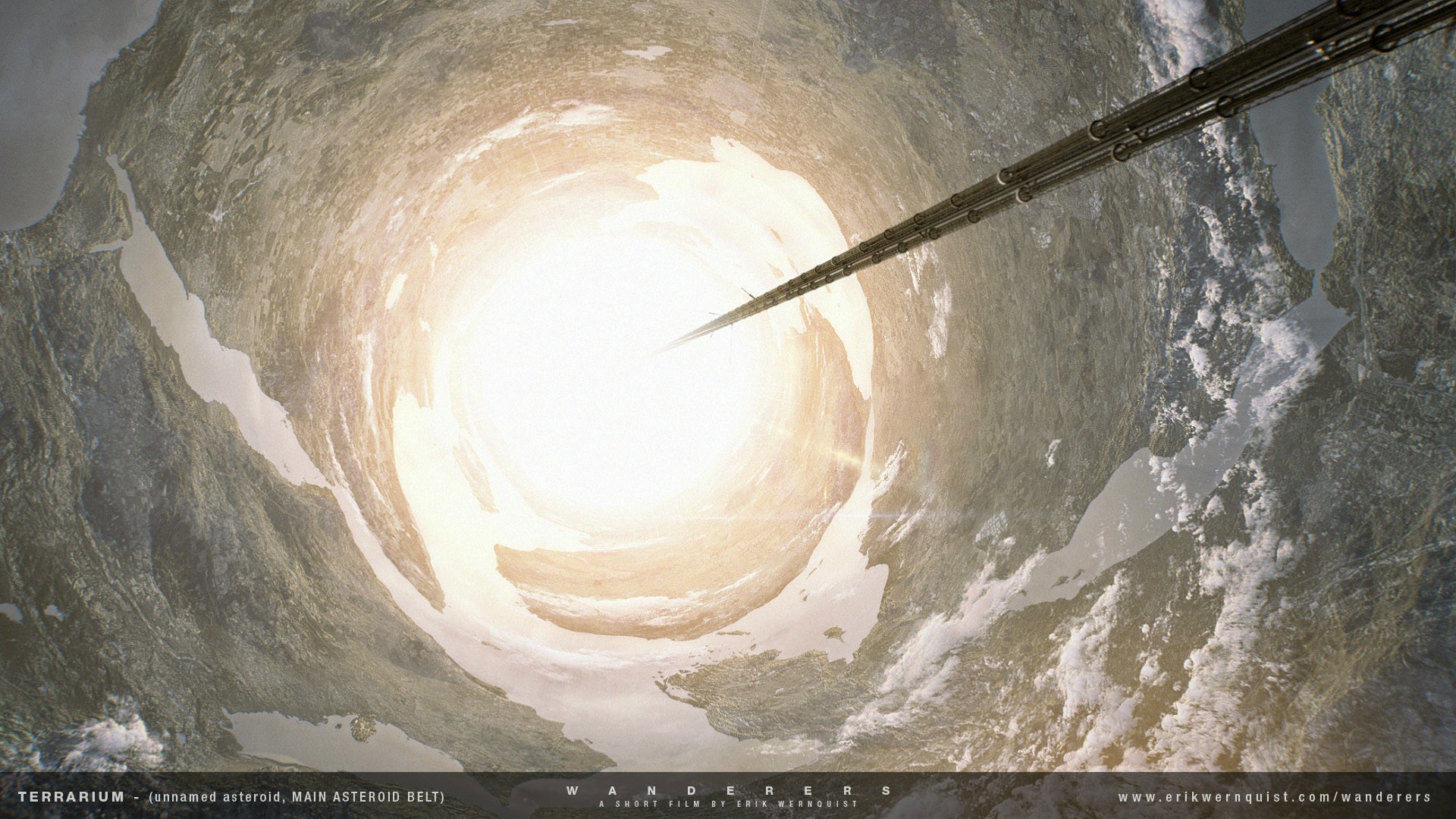 "This shot shows the inside of [an] asteroid," says Wernquist.

"[It] is a highly speculative vision of an impressive piece of human engineering - a concept that science fiction author Kim Stanley Robinson calls a "terrarium" in his novel 2312. It is also not unlike what Arthur C. Clarke described in his novel Rendezvous with Rama."

'Ringsurf' - the Rings of Saturn: 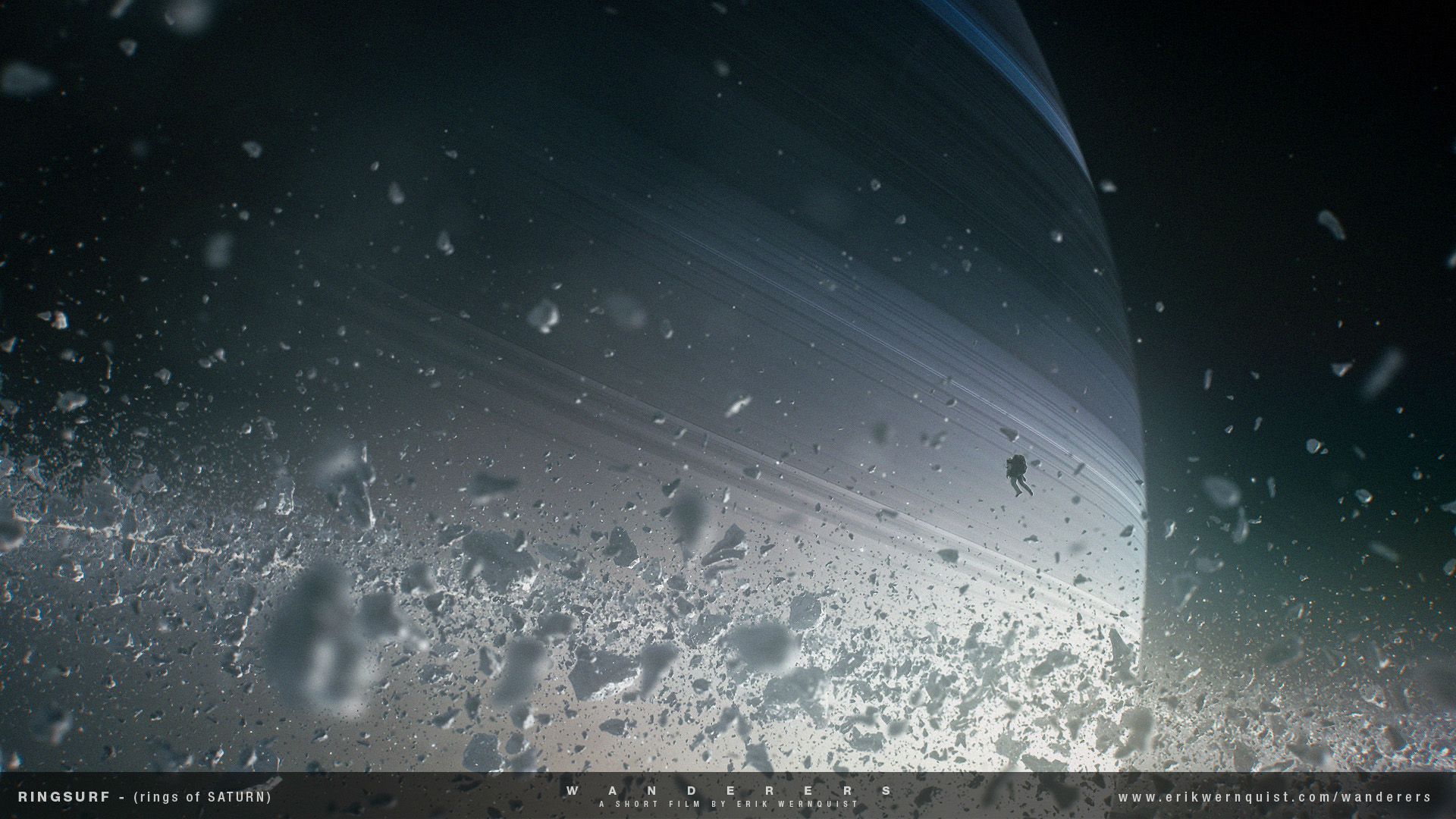 "There are, as of yet, no real photos from within the rings, so this is my best guess of what it may look like," says Wernquist.

"This shot is created from scratch (as in, no photos used), but I was very inspired by this photo by the Cassini Spacecraft from 2004." 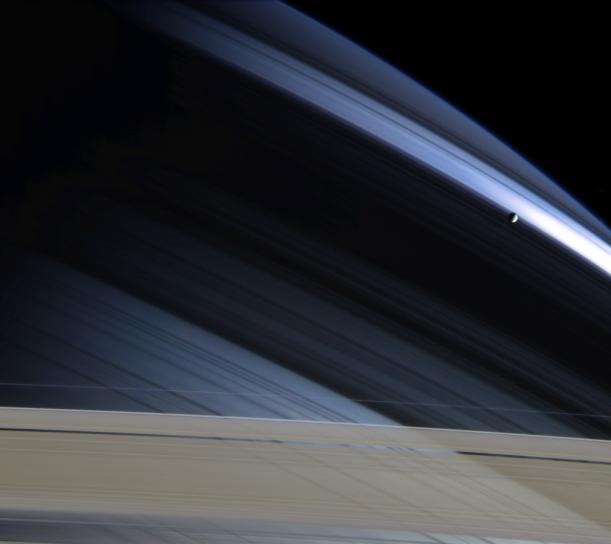 Let's do this, humans.