Ethiopia is home to some of the world's most beautiful scenery, including some striking sulphur - yes, sulphur - springs.

Earlier this month, award-winning photographer Carl Court visited one of these springs, located at the base of the Dallol Volcano.

The stunning site is roughly 600 kilometres (370 miles) north of the capital Addis Ababa, but many of the images don't look like anywhere else on Earth.

Dallol is the Earth's lowest land volcano at 48 metres (157 feet) below sea level. Its last recorded eruption was back in 1926.

The salt flats stretch for miles in all directions and in the far distance, you can see high mountains, some of which are extinct volcanoes. 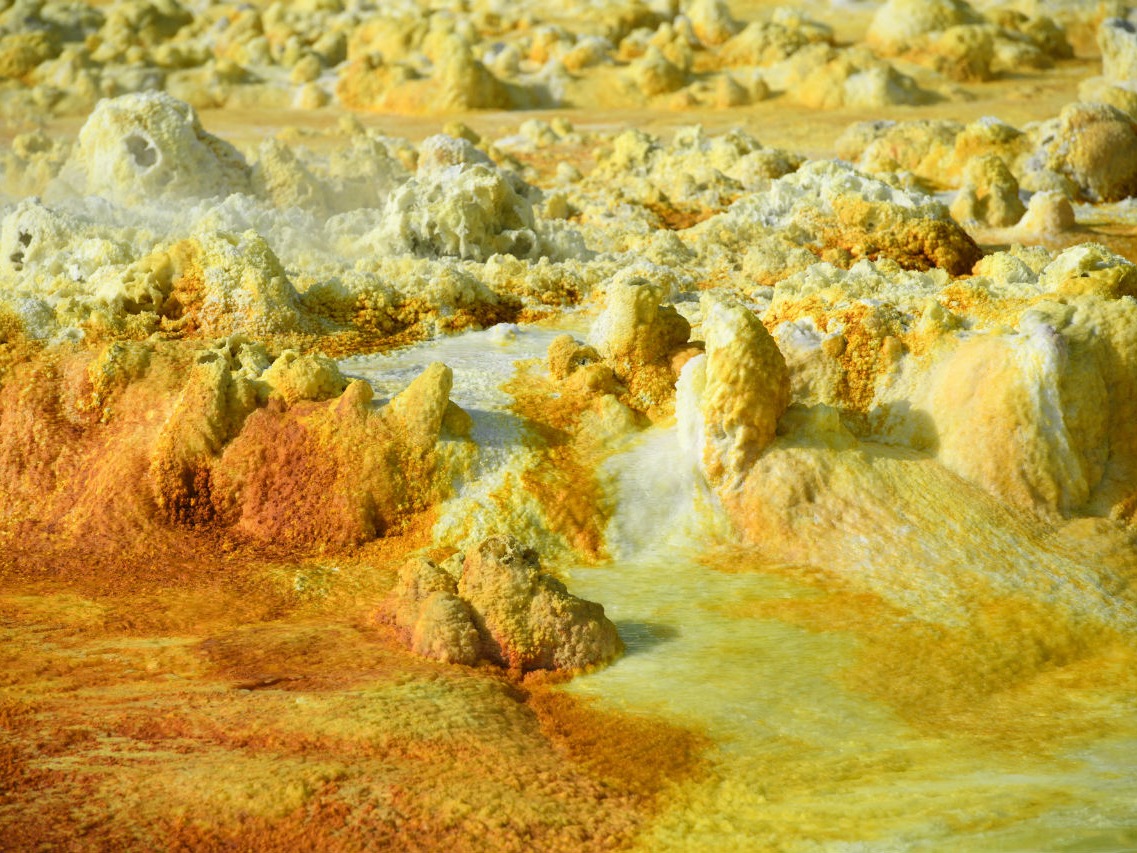 The district holds the current record for the highest average temperature of any inhabited place on Earth, which can regularly exceed 46 degrees Celsius (115 degrees Fahrenheit). 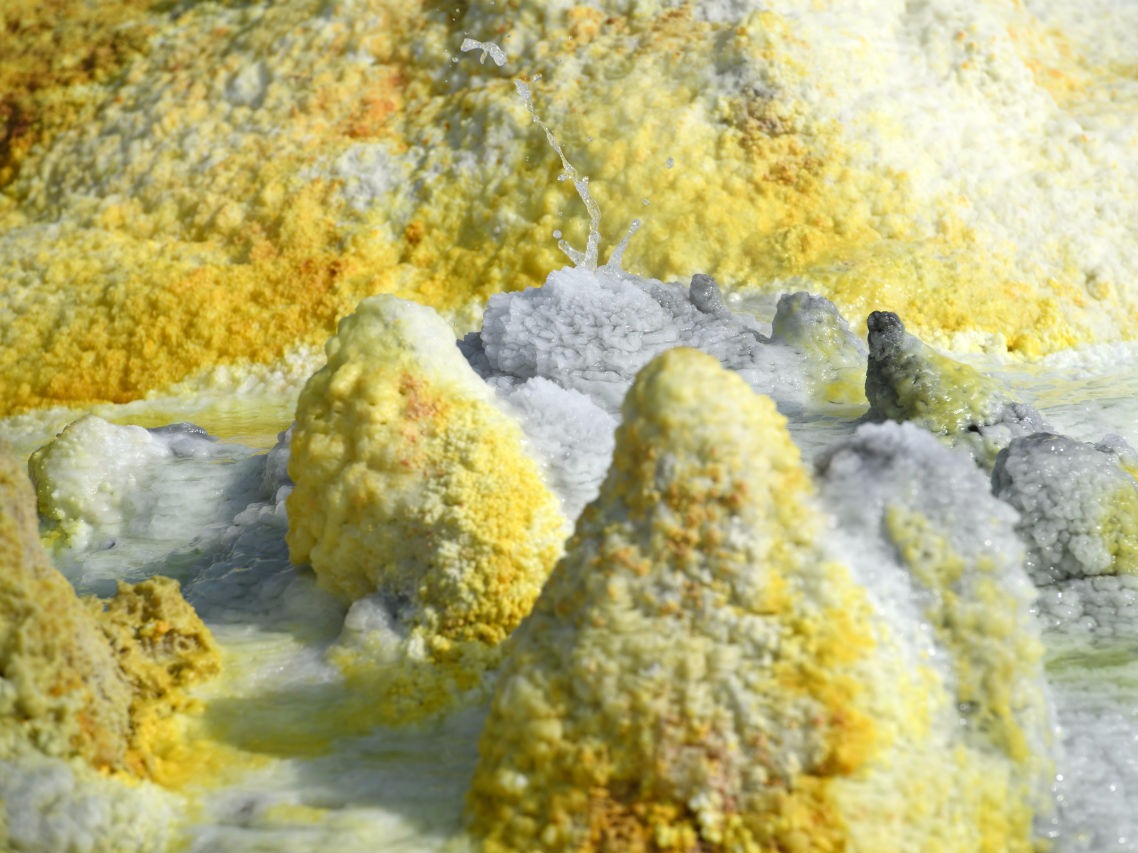 Despite the heat, Ethiopian communities here continue the centuries-old tradition of mining salt from the ground by hand. 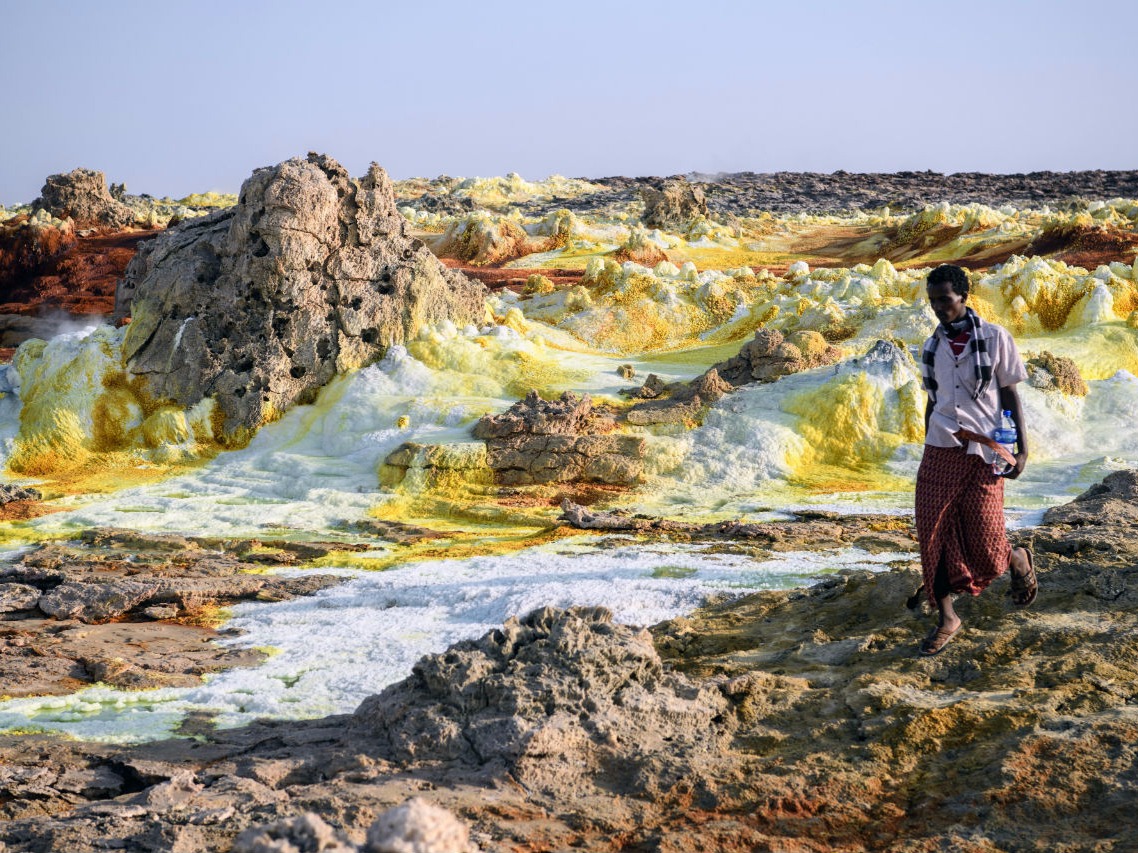 The craters are full of striking neon yellow, orange, and green colours. And all of it is thanks to the boiling hot magma below the surface, which pushes up salt, sulphur, potash, and other minerals. 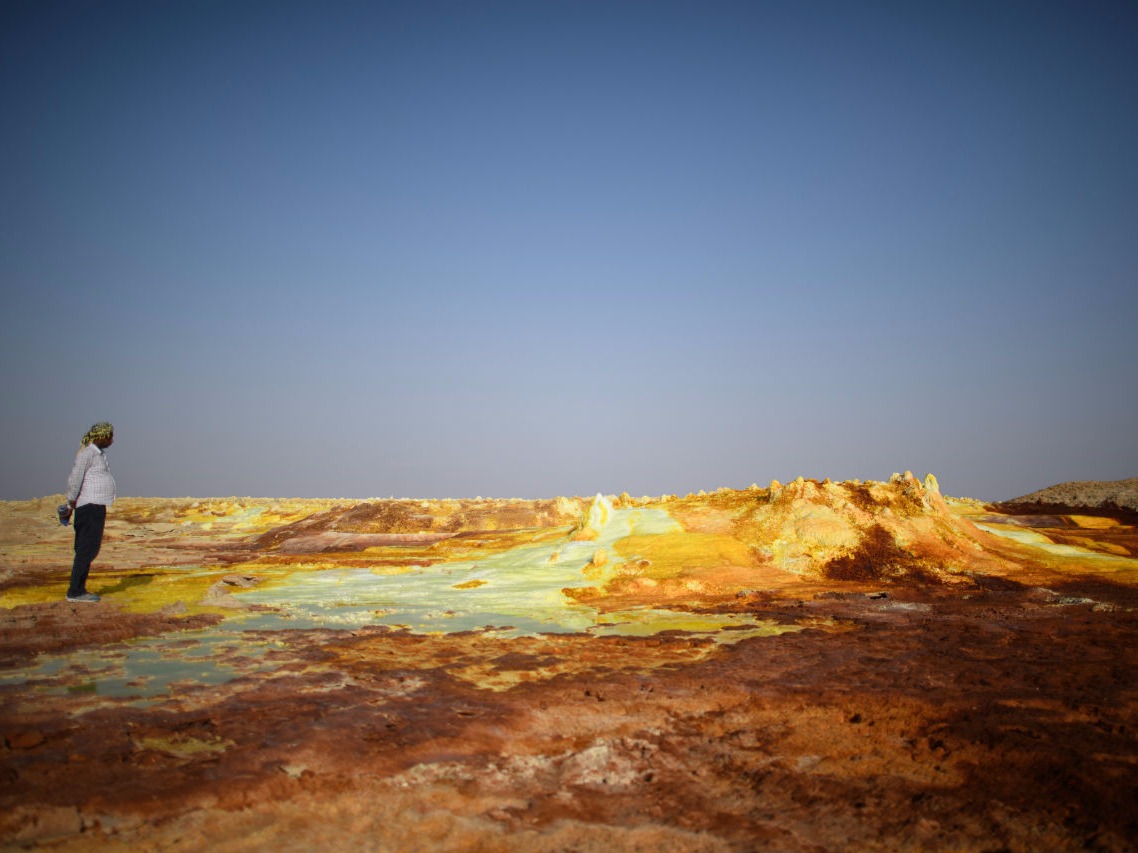 As brine evaporates from the surface, salt formations are formed in the craters, which are white, yellow, brown, orange, and green.

Halophile algae - which can live in very salty conditions - also contribute to the colourful scene. 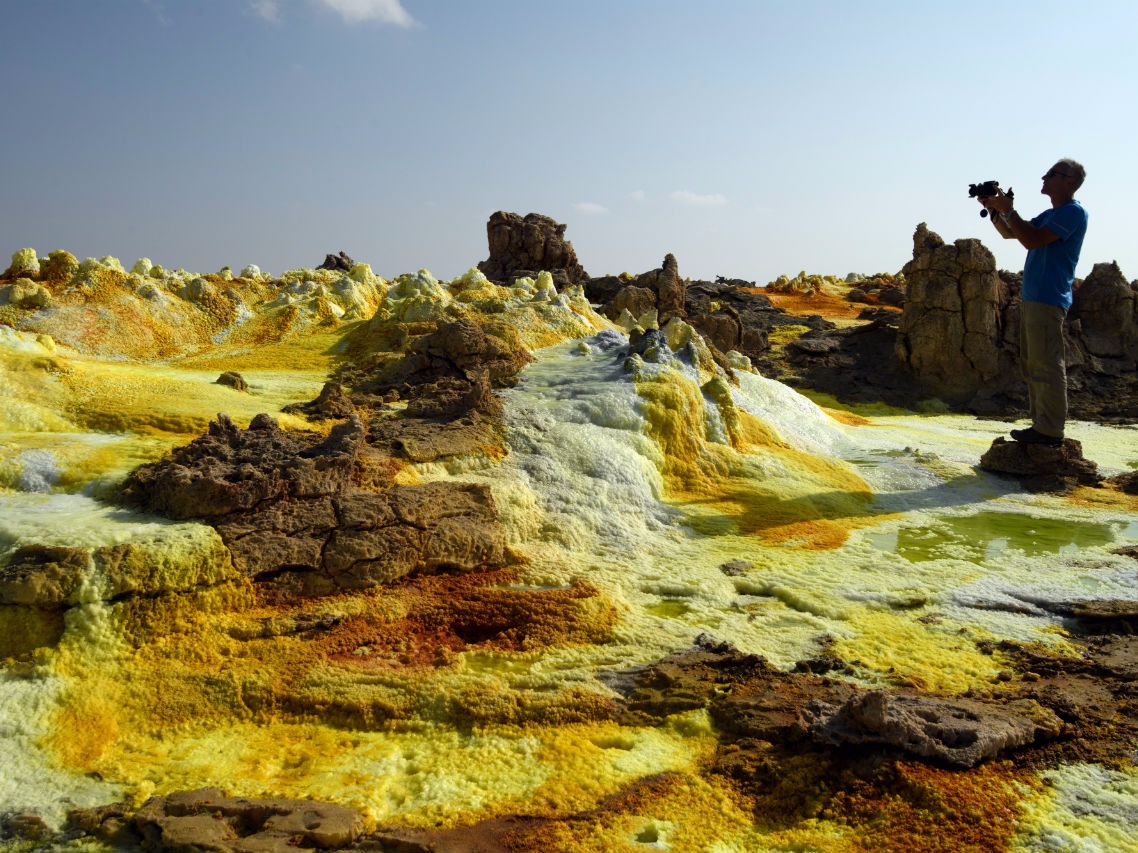 "As a photographer, one of my primary interests is how the life, culture and environment can be portrayed and shown in still images," said Court.

"In Danakil, it wasn't hard too do this as everything is very dramatic and completely out of the ordinary." 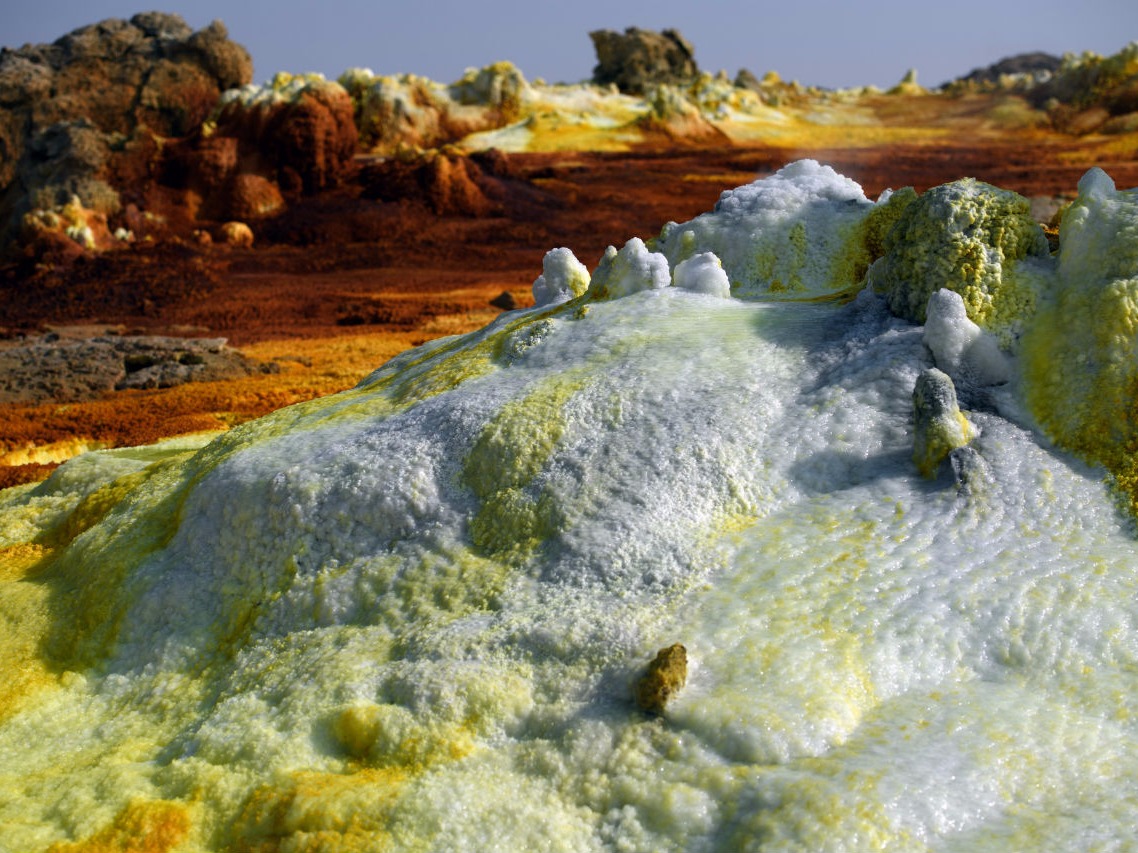 Dallol gets many tourists visiting every year because it's truly unlike anywhere else on Earth. Court said it's "utterly surreal". 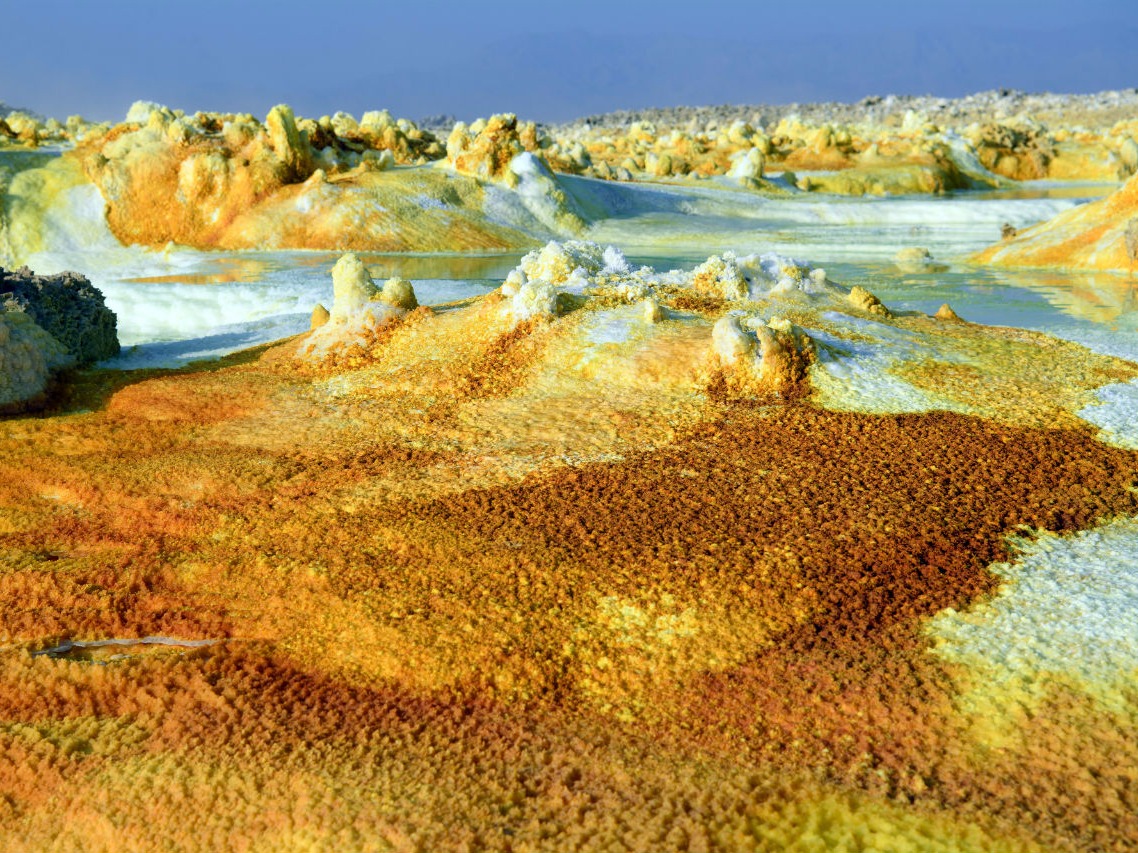 But visitors have to be careful because even if they can stand the intense heat, there are dangers from the acid pools and toxic gases that are released from the craters. 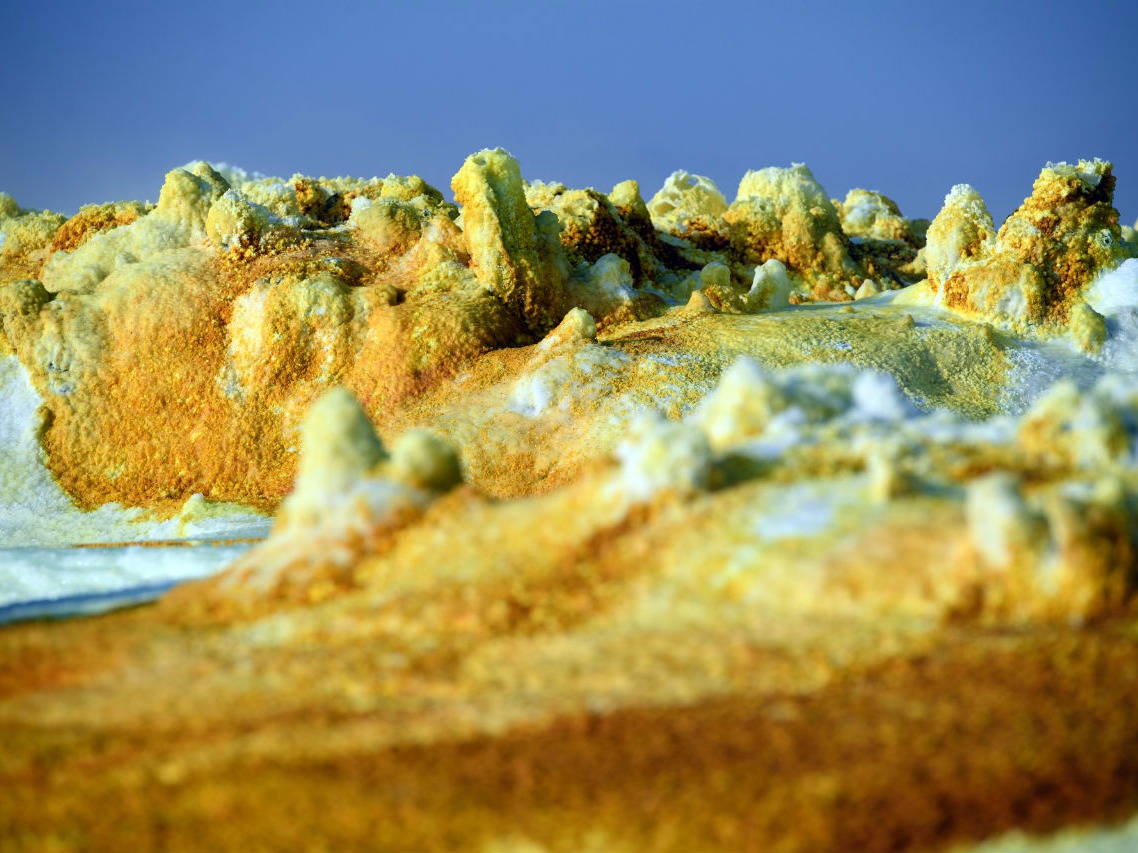 More from Business Insider:
Trending News
Unexpected Solar Wind Stream Hits Earth at 372 Miles Per Second Space 3 days ago
Every Baby Sea Turtle in Florida Seems to Be Female. We Warned You, Scientists Say Nature 4 days ago
The Universe Could 'Bounce' For Eternity. But It Still Had to Start Somewhere Space 4 days ago