It might not be as huge as the upcoming Aeroscraft ML866 airship, but China's largest aircraft ever also isn't just a work in progress – this thing actually flies the skies.

The Yuanmeng (which means "dream") embarked upon its maiden flight this month, launching from Xilinhot in Inner Mongolia to test its systems and capabilities. According to reports, the 75-metre-long airship's 48-hour test flight last week saw the airship rise to a near-space altitude of 20 kilometres.

The massive length of the ship corresponds to an equally vast size when the Yuanmeng is fully inflated, with a volume of approximately 18,000 cubic metres. The aircraft stands at 22 metres high, and can carry a payload of between 4.5 and 6.3 metric tonnes.

For comparison's sake, the Aeroscraft ML866, which we told you about earlier in the year, will measure 169 metres in length and 36 metres in height when it completes production sometime around 2020.

While the ML866 may dwarf the Yuanmeng, it's important to remember that the Yuanmeng's dimensions are also entirely real – the ML866's specs remain theoretical at this point, since it's still years away from completion. (And in any case, Aeroscraft has already announced even bigger aircraft concepts for future development, so let's just take these massive airships one at a time, shall we?) 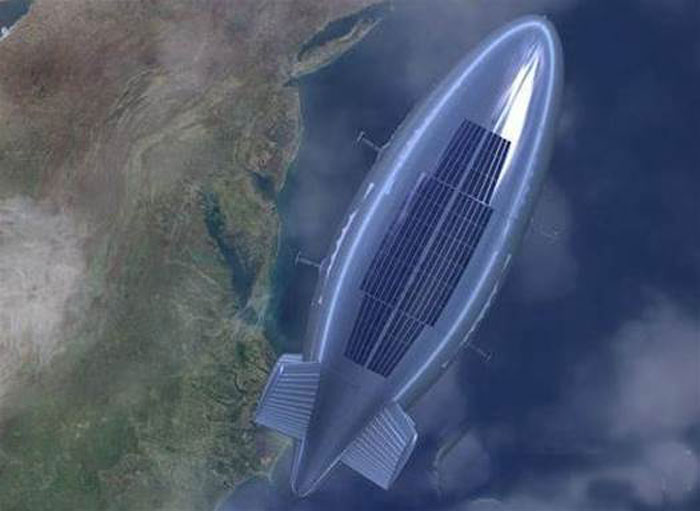 The Yuanmeng uses helium gas to rise and relies largely on solar power to keep its electronics running while in the air. The airship is said to be able to fly for up to six months at a stretch, with a large array of solar panels covering the mid-portion of the aircraft's top side.

It's not exactly clear what the vessel's intended use is, but a report in the People's Daily suggests that it might be used for communications purposes, as the ship is said to be loaded with systems for wideband communication, data relay, high-definition observation, and spatial imaging. By contrast, the ML866, which can carry a payload approaching 60 metric tonnes, is intended primarily for cargo transport.

This is all well and good, but now that safe, solar-powered helium-based dirigibles are making a high-tech comeback, where are the luxury passenger models? A leisurely six-month cruise – or float, rather – through the skies sounds like a pretty fantastic holiday right about now! We'll be waiting.