In recent weeks, self-driving cars have raised a lot of concerns.

In March, an Uber self-driving car killed a pedestrian in what has been reported as the first ever self-driving car fatality in history. And a Tesla vehicle operating in semi-autonomous Autopilot mode was also involved in a fatal crash that month.

This chart by Statista compares the data taken from the National Safety Council from two polls: one in January, and one during the end of March/beginning of April 2018.

In January, 36 percent of respondents reported that they found self-driving cars to be less safe than a vehicle controlled by a human.

But by the beginning of April, that same index of concern had spiked by 14 percent.

This increase in concern comes as some companies, like Google-spinout Waymo, are planning to roll out self driving car services to the public. 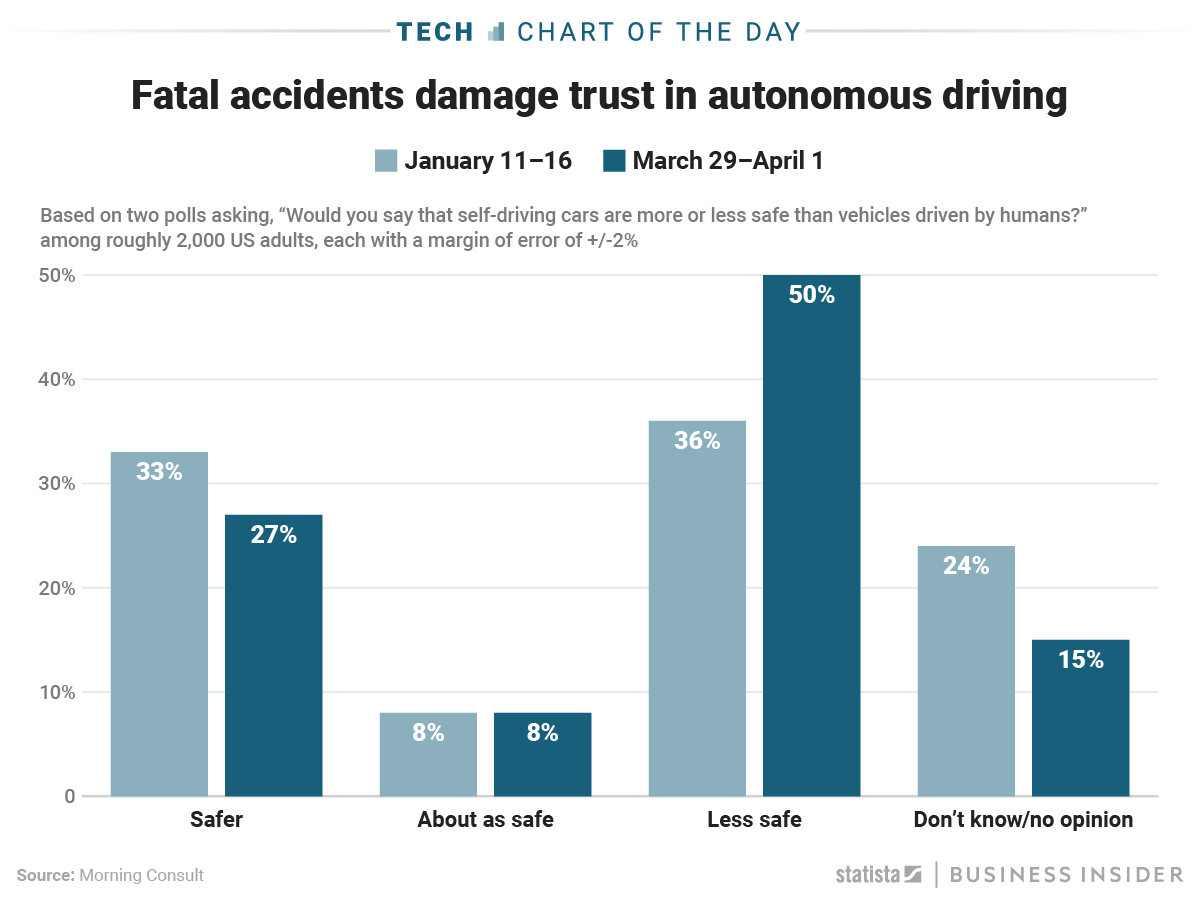