We all know the ocean is a terrifying place, harbouring ink-black predators with razor-sharp fangs, grotesque 'alien' lifeforms, and at least one submarine-hating squid, but this hellish ground worm really takes the cake.

If you think you’re prepared to see a predatory bobbit worm grab its prey and drag it underground to meet a grisly death in its den of horrors, you’re not.

There’s just something about the way the seabed heaves with the prey's final, desperate attempts at life that really makes your soul hurt. Or maybe we’ve just gotten soft.

But you should really just see the devastation for yourself:

Okay, let’s face it - those little red fish aren’t going to garner much sympathy, because the way they constantly swim around the bobbit worm, despite it giving away its cover multiple times... I mean, come on, fish, no one’s that stupid.

But it’s a whole different story to see an octopus - a bonafide 'genius of the ocean' - go down in a split second.

Yes, even octopuses are no match for the bobbit worm, and I don’t know about you, but such a sudden, clinical end for one of the most intelligent creatures on Earth just doesn’t sit right.

And stonefish? They’re one of the most weaponised fish out there, with venom-laced spines powerful enough to bring down a human - but this one barely even struggled.

(Note: The video above says bobbit worms don't have brains, but that isn't entirely correct. While they don't have brains that look like ours, they have something called a ganglion, which is a nerve cell cluster located in the species' autonomic nervous system.) 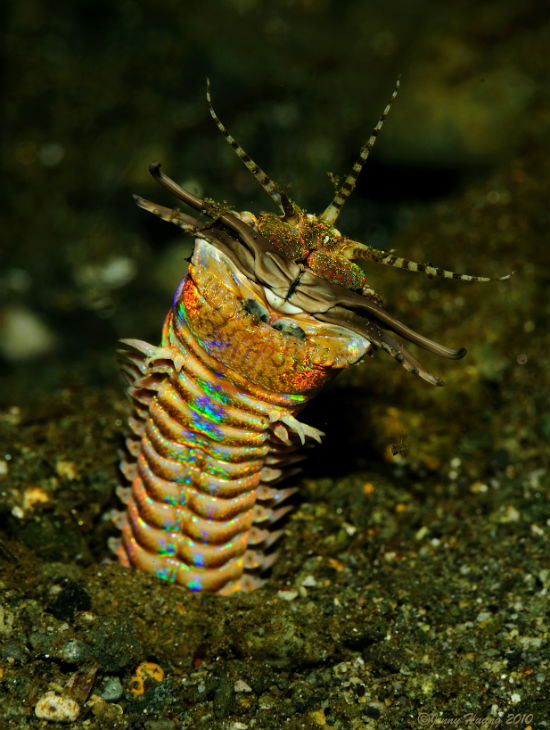 Supposedly named after the Bobbitt Family Incident of 1993, in which the wife, Lorena Bobbitt, almost chopped her husband's penis clean off with a kitchen knife, the bobbit worm is one of nature's most efficient killers.

Found hiding in the sea floor at depths of 10 to 40 metres, the bobbit worm (Eunice aphroditois) can't see, but has five antennae that it uses to sense its prey.

As soon as its antennae are disturbed, or the worm senses a heavy shadow above, it snatches at prey up using a complex feeding apparatus called a pharynx.

The mandibles on the end of the pharynx are so sharp and strong, the bobbit worm sometimes cuts its prey clean in half while snaring it, and will store the remains inside its burrow for feeding.

After those horrendous mandibles, perhaps the second most intimidating thing about the bobbit worm is how big it can actually get.

Back in 2009, Japanese researchers found a bobbit worm measuring 299 cm and 433 grams, making it one of the largest specimens ever seen: 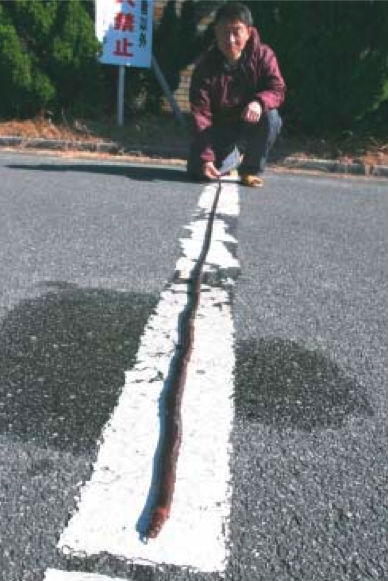 It's times like these when we thank our lucky stars that we're not in constant fear of death by bobbit worm, because that's some Dune-level terror right there.

Here's one being fed in a tank with a frogfish that looks eerily like Jabba the Hut: