'Murder Hornets' Have Officially Been Spotted in The US. Here's What You Need to Know

WILL MARTIN, BUSINESS INSIDER
3 MAY 2020

As if 2020 wasn't already bad enough, the US now has another problem to deal with: a terrifying monster insect nicknamed the "murder hornet".

Officially called the Asian giant hornet, or Vespa mandarinia, the huge insects have been spotted in the US for the first time in recent months, appearing in Washington state, the state's Department of Agriculture says.

The hornets, which are over two inches long, were first spotted in the state in December last year, and generally become active in the spring, researchers from Washington State University said in a post published in early April.

"They're like something out of a monster cartoon with this huge yellow-orange face," Susan Cobey, a bee breeder at WSU's Department of Entomology.

"It's a shockingly large hornet," added Todd Murray, a specialist in invasive species at the university.

While generally not aggressive towards people or pets, the hornets can attack if provoked, officials say, and have killed humans in extreme circumstances. 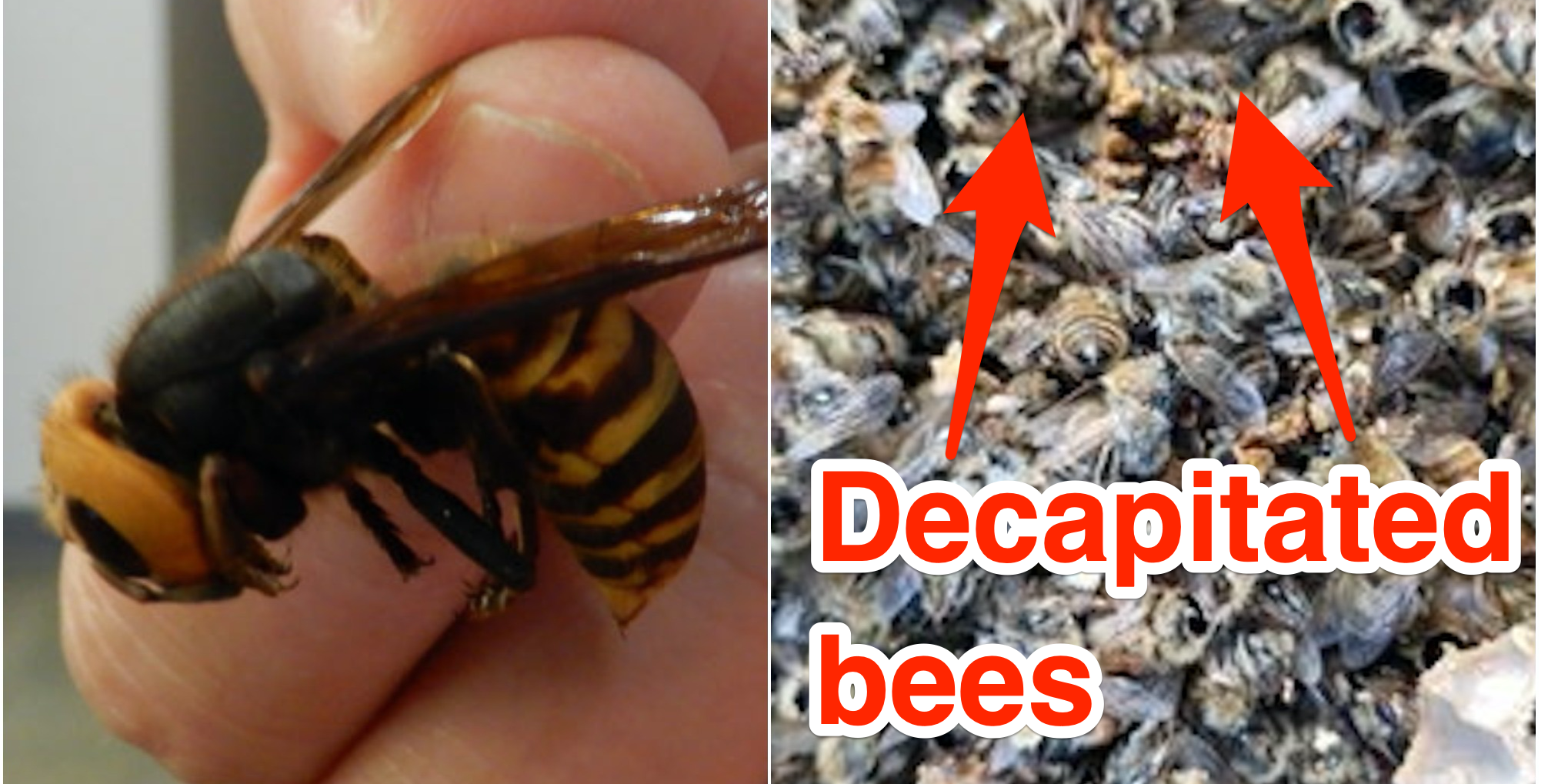 In 2013, between July and October, the insects killed 41 people and injured 1,600 in Shaanxi province during a particularly bad hornet season, the BBC reported.

Their main target, however, is the hives of honeybees, which they attack and often will destroy, largely by decapitating the bees in the hive, according to the Washington State Department of Agriculture (WSDA).

"Asian giant hornet attacks and destroys honeybee hives. A few hornets can destroy a hive in a matter of hours. The hornets enter a "slaughter phase" where they kill bees by decapitating them," the department said.

"They then defend the hive as their own, taking the brood to feed their own young. They also attack other insects but are not known to destroy entire populations of those insects."

Scientists are keen to make clear that people should be extremely cautious around the insects.

Such is the threat posed by the giant hornets that the WSDA has an entire web page devoted to reporting sightings of the insects and instructions on how to trap them.

The site displays a large red banner warning people to be careful near them.

"Don't try to take them out yourself if you see them," said entomologist Chris Looney from the WSDA in a blog post on the WSU website.

"If you get into them, run away, then call us! It is really important for us to know of every sighting, if we're going to have any hope of eradication."