An engineering start-up called SALt has invented a lamp that burns for eight hours at a time, running on nothing but a glass of water and two teaspoons of salt. Named the SALt (Sustainable Alternative Lighting) lamp, the device will also be able to generate enough energy to charge a smartphone via the USB port, while also lighting up the room.

The lamp was invented in response to the fact that, right now, there are about 1 billion people in the world who are living without electricity. This means if they want to get anything done after dark, whether it’s walking home from school or work, or doing homework, reading, or cooking at night, they have to light their way with dangerous and expensive kerosene lamps.

The SALt lamp works with a galvanic cell battery, which consists of an electrolyte solution - the salt and water - and two electrodes. When the electrodes are placed in the electrolyte, the energy generated kicks an LED light into gear. According to the developers, the battery will work for eight hours a day for six months, which is a considerable upgrade from the constant refills required by paraffin lantern.

As the majority of the Philippines' 7,000 islands are yet to acquire electricity, the team at SALt decided to initially distribute their lamps to indigenous Filipino communities for wider testing. The design is perfect for these coastal communities, because it works with pure seawater, as the team explains on the website:

"The salinity of ocean water can operate your lamp. Use the ocean-water to power up your lamp and it will give you eight hours of running-time. Salinity is expressed by the amount of salt found in 1,000 grams of water. The average ocean salinity is 35 parts per thousand. Store ocean water in bottles and use them to power up you lamp anytime, anywhere." 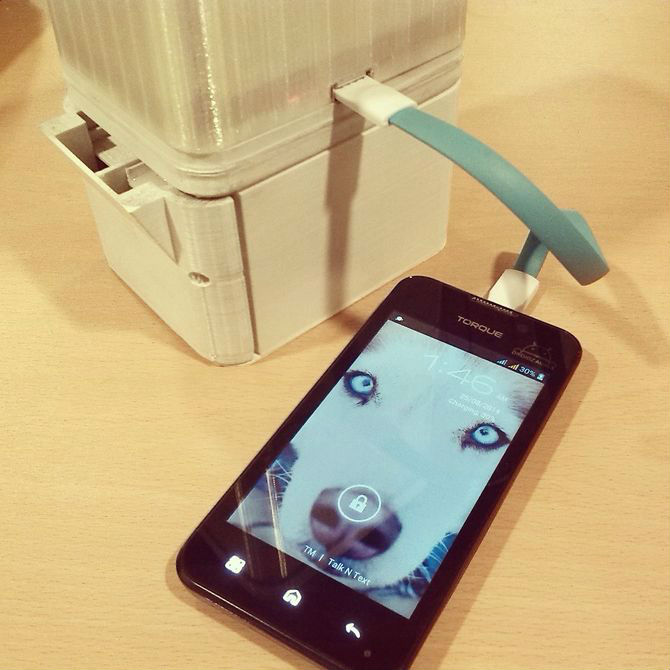 The team hopes to get the lamp on the market by 2016, but they'll have some stiff competition with a similar invention also in the works - the GravityLight, which runs simply on the force of gravity. As Fiona MacDonald reported for us earlier this year, the lamp works a bit like a tiny pulley - all you need to do is add 12 kg of weight to one end of the bead cord, which could be a bag of sand or rocks, for example, and then lift that weight up by pulling down on the lamp that's attached to the other end.

"Thanks to gravity, the weight slowly descends back down to the floor, transforming potential energy into kinetic energy as it drops," she says. "This kinetic energy then powers a drive sprocket and polymer gear train that lights up the LED as it goes. Once the weight gets to the floor, the light goes out and you need to repeat the process, but each pull provides you around 20 to 30 minutes of light, depending on how high you lift the weight up in the first place."

We love inventions like this. While of course we should be focussing on getting electricity to far more communities than currently enjoy it, cheap and innovative devices like this are greatly needed in the interim.