German scientists want to send two mobile probes to the Moon, which they say will be able to inspect the lunar rover left behind by the Apollo 17 mission in 1972.

Yep, as well as test-driving new technologies and exploring the lunar surface, the mission could finally put the Moon landing hoax rumours to bed once and for all by photographing the kit astronauts left behind more than 40 years ago.

The researchers behind the idea, called the PT (Part-Time) Scientists, are partnering with German car-maker Audi to enter the Google Lunar X Prize contest.

A reward of US$30 million is up for grabs, and will be won by the first private group to land an autonomous vehicle on the Moon, travel more than 500 metres (1,640 feet), and beam pictures back to Earth.

To get to the Moon, the team has just signed a contract with US aerospace firm Spaceflight Industries to hitch a lift on a rocket before the end of 2017 – probably on a SpaceX Falcon 9.

"This is a mission about the challenges that lie in the 384,400 kilometres [238,855 miles] that separate Earth from the Moon," the researchers explain on their website. "A story about breaking rules, going places where no one else dares to go." 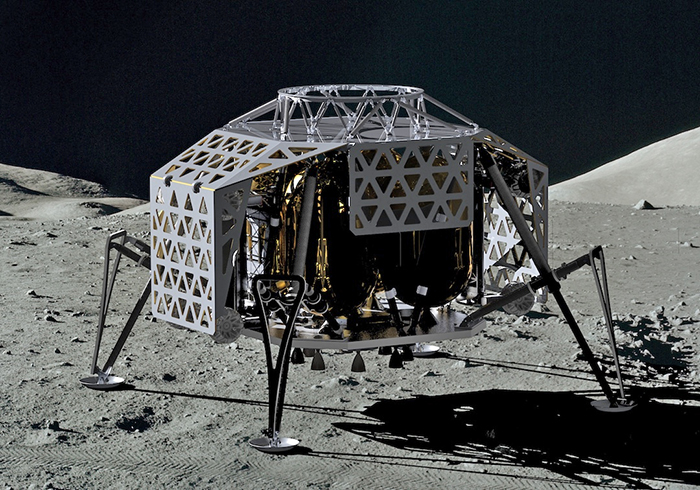 The PT Scientists team was originally made up of engineers working voluntarily in their spare time, but the company now has 12 full-time employees as their ambitions get more serious.

To achieve its goal, the group is developing two key pieces of technology: the ALINA (Autonomous Landing and Navigation) module for getting to the Moon's surface, and two Audi Lunar Quattro rovers for doing the actual exploring.

The rovers will be fitted with a four-wheel electrical drive chain, solar panels, rechargeable batteries, and high-definition cameras.

Also on board the rover will be a plant experiment to research growth in the lunar environment, and a copy of Wikipedia - which is also backing the project.

Anyone can reserve some space for a payload of their own on the mission, provided they stump up $800,000 for every kilogram of weight.

As you might expect, considering they're in a competition, the scientists haven't revealed too many details about the hardware they're developing, but the team looks to be making a serious bid to succeed.

If they do achieve their mission, the PT Scientists rover will only be able to get within 200 metres (656 feet) of the landing site of the Apollo Lunar Roving Vehicle, because NASA is keen to preserve the historical patch of the Moon for future generations to see.

And if you're in doubt that there's anything to actually see up there, spoiler alert: there is.

Astronauts haven't been back to the Moon since 1972 and the Apollo 17 mission, due to budget cutbacks and changing priorities. NASA itself has since shifted its focus to the International Space Station and exploring Mars.

But the X Prize competition gives us a chance to finally make a long overdue trip to the lunar surface, even if it is with automated rovers rather than people.