This Object Has Been Sprayed With The World's Blackest Material, And It's Freaking Us Out

Well, we've finally cracked it. Scientists have finally figured out how to paint a portal to another dimension, as prophesied by Loony Tunes' the Roadrunner. Who wants to try driving a (very small) truck right through that gaping void circle?

In all seriousness, what you're looking at isn't actually a portal to another dimension - but it's not Photoshop, either. That really is a physical object that's been sprayed with Vantablack - the blackest material known to science.

If you're not familiar with Vantablack, it was invented by British researchers back in 2014, and soon after, it was declared the darkest material ever produced in the lab, capable of absorbing 99.96 percent of ultraviolet, visible, and infrared light.

Since then, the team behind the invention - from Surrey NanoSystems - has upped its blackness, and in early 2016, announced that no spectrometer in the world was powerful enough to measure how much light it absorbs.

"Even running a high power laser pointer across it barely reflects anything back to the viewer," the researchers explain in a YouTube video. "We have never before made a material so 'black' that it can't be picked up on our spectrometers in the infrared."

In order to make this thing more marketable, the team has now released a 'spray-on' form, which isn't quite as black - it only blocks 99.8 percent of ultraviolet, visible, and infrared light - but that's enough to make three-dimensional objects appear distinctly two-dimensional.

Just look at this thing, it's legitimately unnerving: 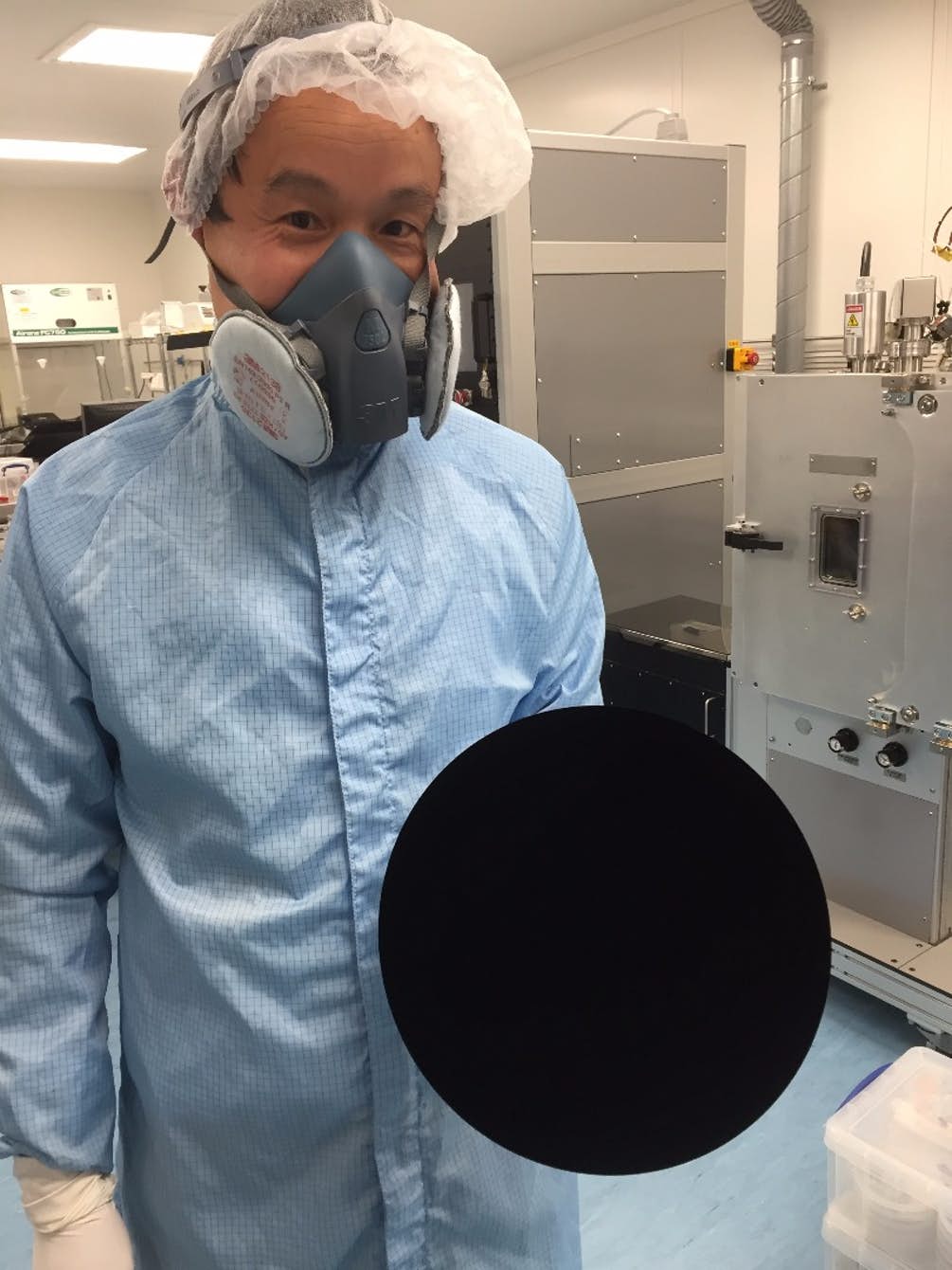 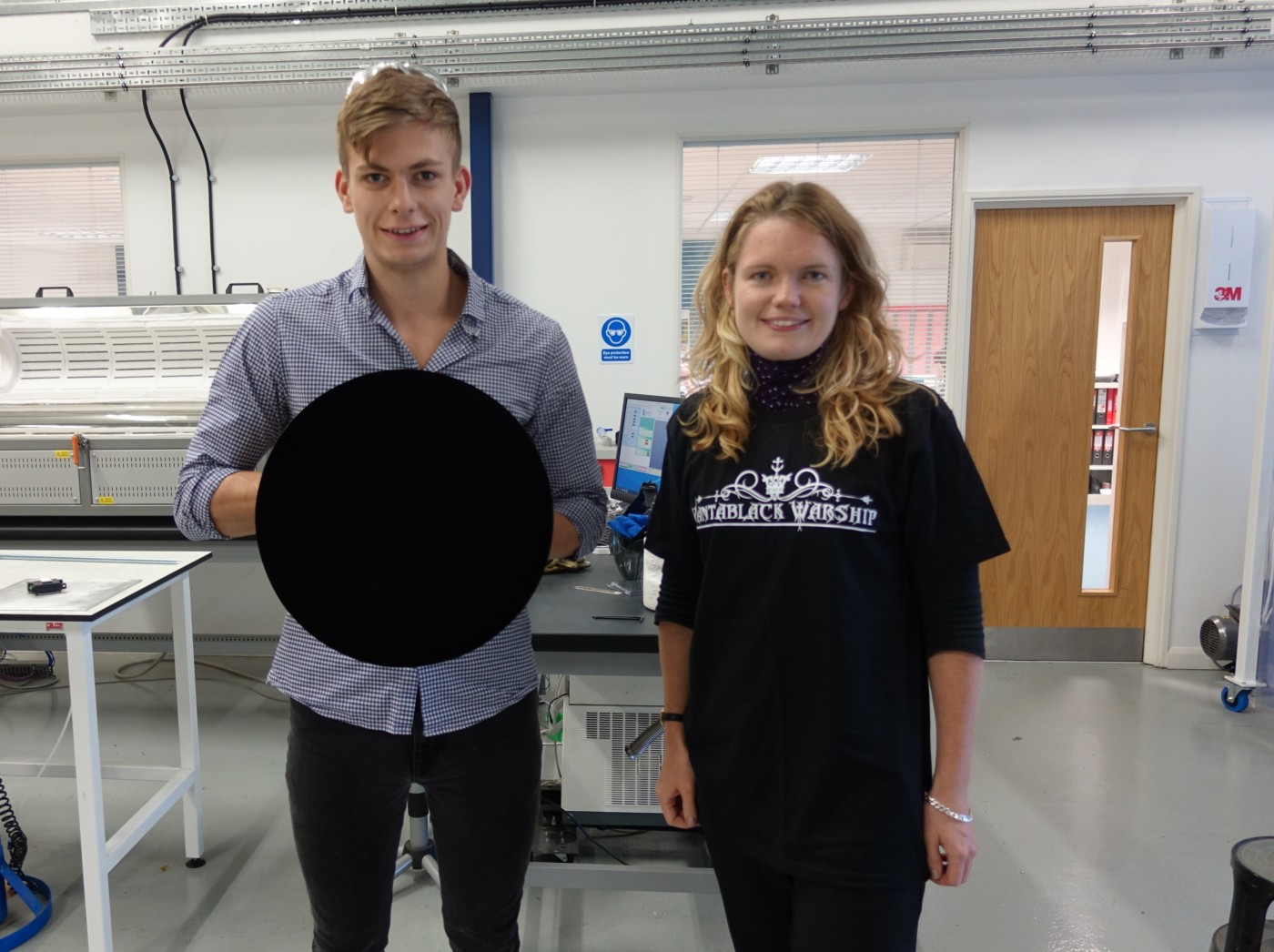 So how does it actually work?

In its original, blackest form, Vantablack isn't a paint, pigment, or fabric, but is actually a special coating made from millions of carbon nanotubes, each one measuring around 20 nanometres (roughly 3,500 times smaller than a human hair) by 14 to 50 microns. To put that in perspective, 1 nanometre equals 0.001 microns.

So a surface area of Vantablack measuring just 1 cm squared would contain around 1,000 million of these tiny nanotubes.

When light hits this arrangement, it enters the gaps between the nanotubes, and is almost instantly trapped and absorbed as it bounces between them.

"The near total lack of reflectance creates an almost perfect black surface," say the researchers.

"To understand this effect, try to visualise walking through a forest in which the trees are around 3 km tall instead of the usual 10 to 20 metres. It's easy to imagine just how little light, if any, would reach you."

Vantablack is so dark, it's almost impossible for the human eye to perceive it - we need some order of reflected light for our brains to be able to process what's in front of us. As a result, the team says the observer's ability to perceive gets confused, and some people say looking at Vantablack is like looking into a bottomless hole.

Their new spray-on version, called Vantablack S-VIS, now allows them to apply Vantablack to much larger objects, which means there really is a possibility of stealth jets being painted in the stuff.

Here's what it looks like when sprayed on a three-dimensional face mask, rendering all the features non-existent to our eyes: 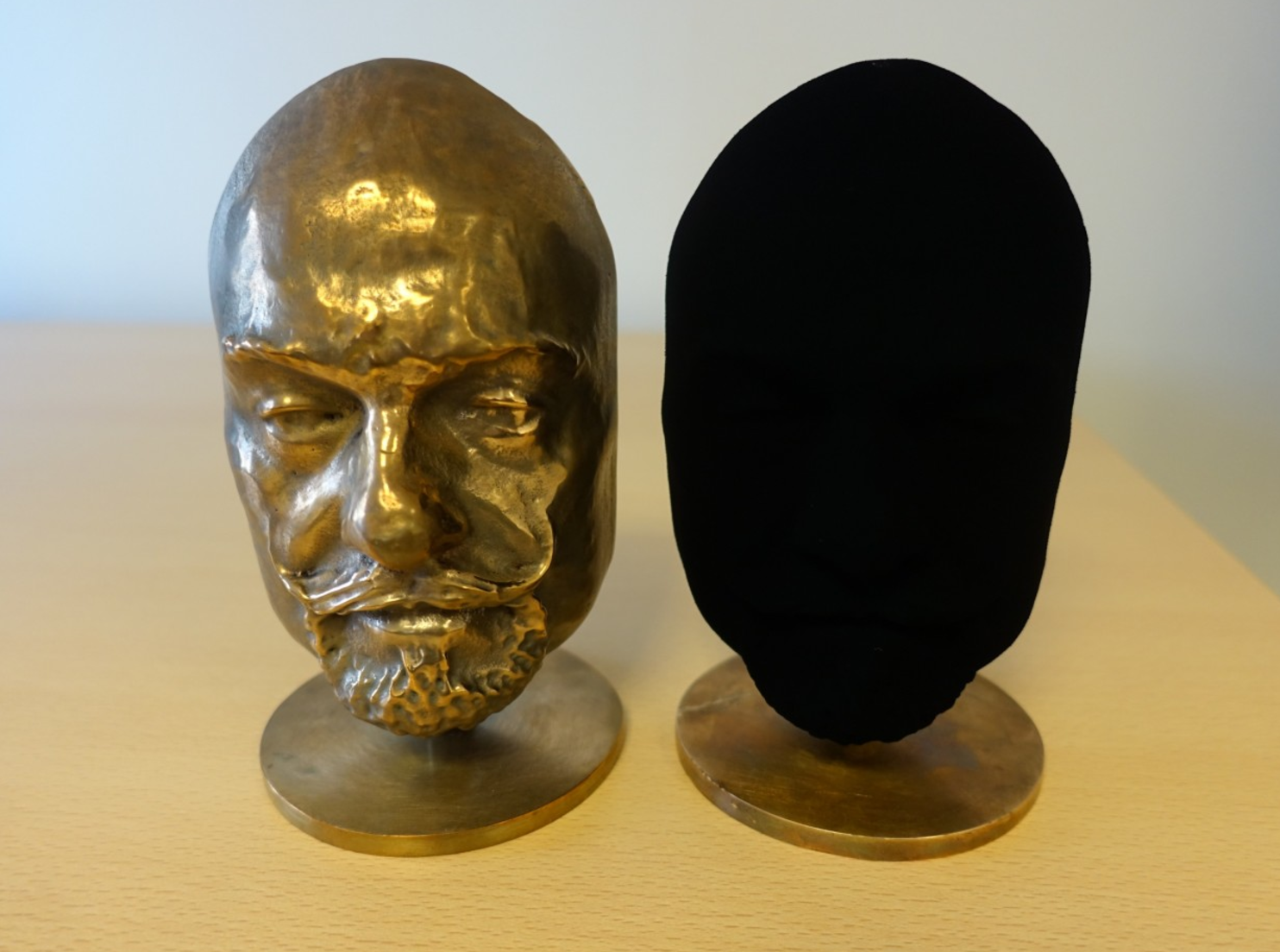 And here's another one of that spherical object, because holy crap: 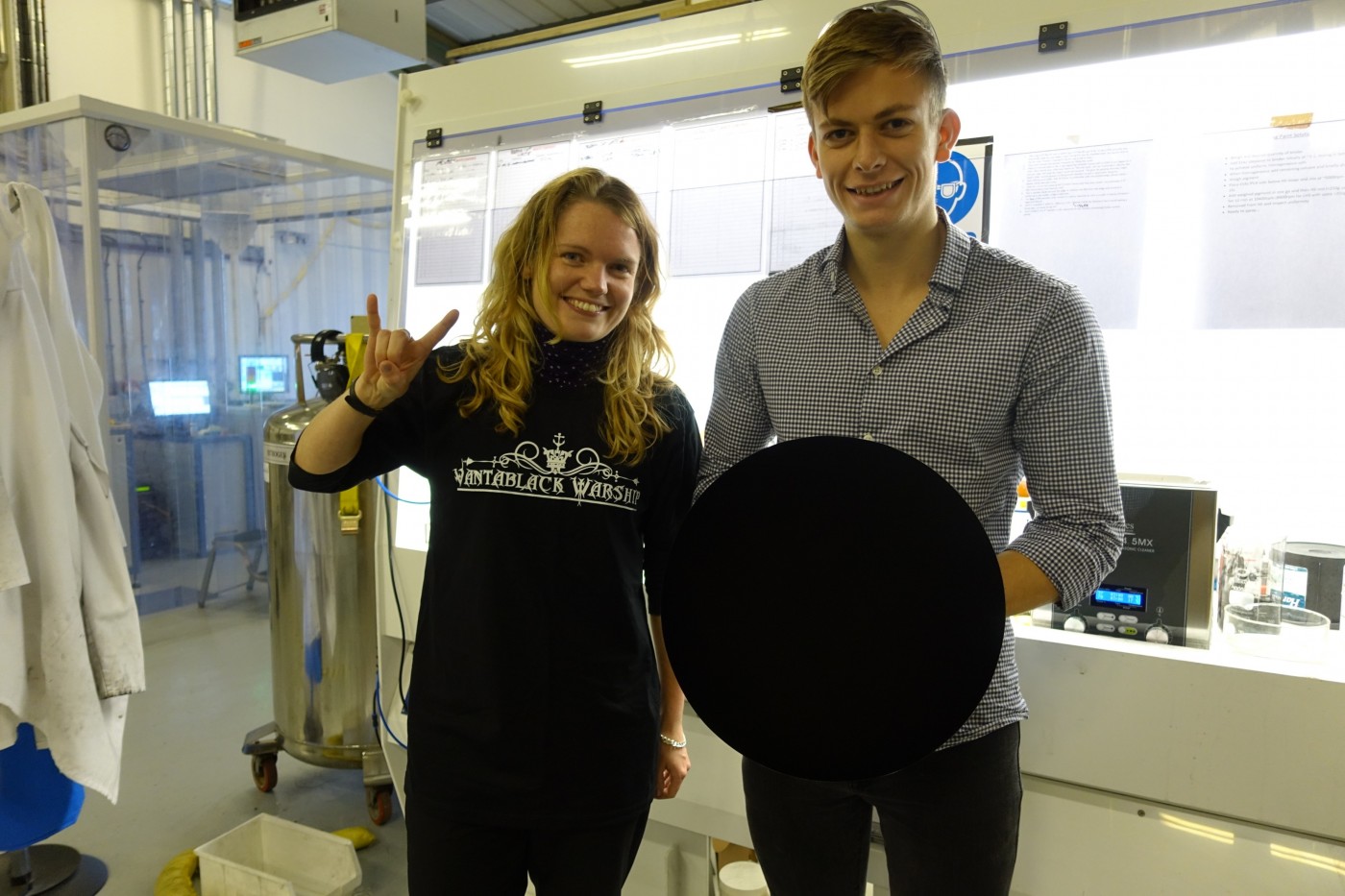 If you're wondering how to get your hands on some of this stuff, unfortunately, it's not available to paint your car in, but if you work at a university or museum, you might just be able to get a sample.

For the rest of us, we'll just have to marvel at this miracle of modern science from a distance.

Here's a comparison of regular black paint and Vantablack, just in case you still weren't convinced that it really is possible to create something that's quite literally blacker than black: