Let’s say you are Elon Musk, one of the most influential entrepreneurs in tech history whose career spans two decades of successful startups.

Let’s say your accomplishments range from creating an electronic payments industry to invigorating the solar energy market to inventing high-performance electric cars to launching a commercial space and rocket industry. All of that would surely need a couple of pages to explain on a resume, right?

Not at all, say the experts at online resume-writing firm Novorésumé, who believe in the less-is-more concept for writing resumes.

They created a sample resume for Musk to prove "even a highly successful career like his can be presented in a one page résumé," cofounder Andrei Kurtuy tells Business Insider.

Now, there’s a few tongue-in-cheek elements to this resume that you wouldn’t want to copy for your own resume. For instance, in a list of 'Skills and competencies', one of his skills is 'micromanaging'.

Musk is famous for his high standards, and he has a reputation as a rough guy to work for. He once described himself as a 'nano-manager', a play-on-words meaning he’s even more controlling than a micro-manager.

("I have OCD on product-related issues. I only see what’s wrong. I never see what’s right. It’s not a recipe for happiness," was how he explained his management style).

This resume also includes a four-level rating system in which some of the skills listed are not rated at a full four bars. You might want to reconsider that idea before adopting it.

Still, it proves that with the right design, you never, ever, need more than one page for a resume. 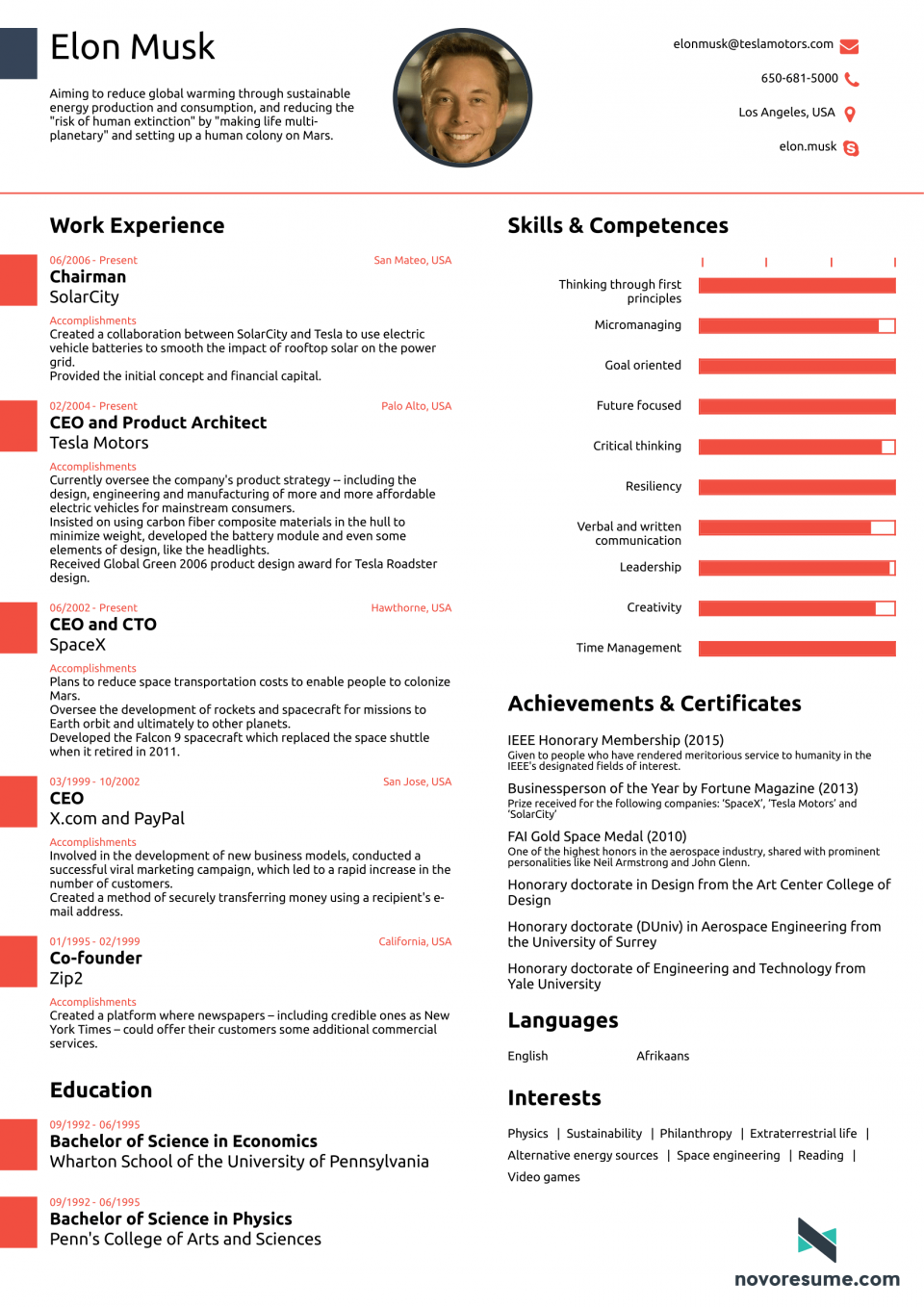