This Robotic Rectum Lets Doctors Get a Feel For Prostate Exams

Prostate exams are never going to be the most - how can we put this? - pleasant experience, but they can help save lives through the early detection of prostate cancer, if the doctor knows what they're looking for.

To make sure that happens, researchers in the UK have just unveiled a robotic rectum that helps doctors and nurses get a thorough understanding of what healthy and abnormal rectums feel like, as well as allowing them to work on their technique. The picture above really says it all.

As silly as it might seem, the invention is actually pretty genius. It uses robotic arms to apply pressure to a silicon rectum, so that trainee doctors or nurses can get an accurate sense of the feel and shape of a rectum.

A 3D model of the internal organs is also displayed on a computer screen, so the user can see what they're feeling, through what's known as haptic technology, which involves interacting with computers through touch.

The robot can be programmed to have a different anatomical scenario each time, such as an enlarged prostate or perhaps a developing tumour.

Created by researchers at Imperial College London, the device was unveiled this week at the Eurohaptics conference, and the team is now adapting the robot so that it can also be used to train for gynaecological exams.

Right now, plastic models do exist to help train medical staff, but they don't replicate the real feel of living flesh and tissue, so often don't give a proper understanding or technique.

In theory, staff can always practice on volunteers, but, as you might expect, not many people put their hand up to get a prostate exam for science. In fact, right now there's only one person in the whole of the UK who's registered as a test subject. He's known as a Rectal Teaching Assistant.

"Internal examinations are really challenging to learn - and to teach. Because the examinations occur in the body, the trainer cannot see what the trainee is doing, and vice versa," said lead researcher Fernando Bello.

"But the results of these examinations can have major implications for patients - they are very important for early diagnosis of various conditions such as prostate cancer."

To get the design of the robotic rectum and the 3D display just right, the researchers tested volunteers with an MRI scan to figure out the average shape and geometry of the anatomy.

They've also had doctors and nurses, including prostate specialists and cancer surgeons, trial the robot.

"They commented on the great advantage of being able to alter the anatomy. The size and shape of the rectum and prostate can vary greatly from person to person, and this technology enables medics to practice their skills in many different virtual patients," said Bello.

"They also observed that because these examinations are performed solely by feel, experiencing a realistic sensation is crucial." 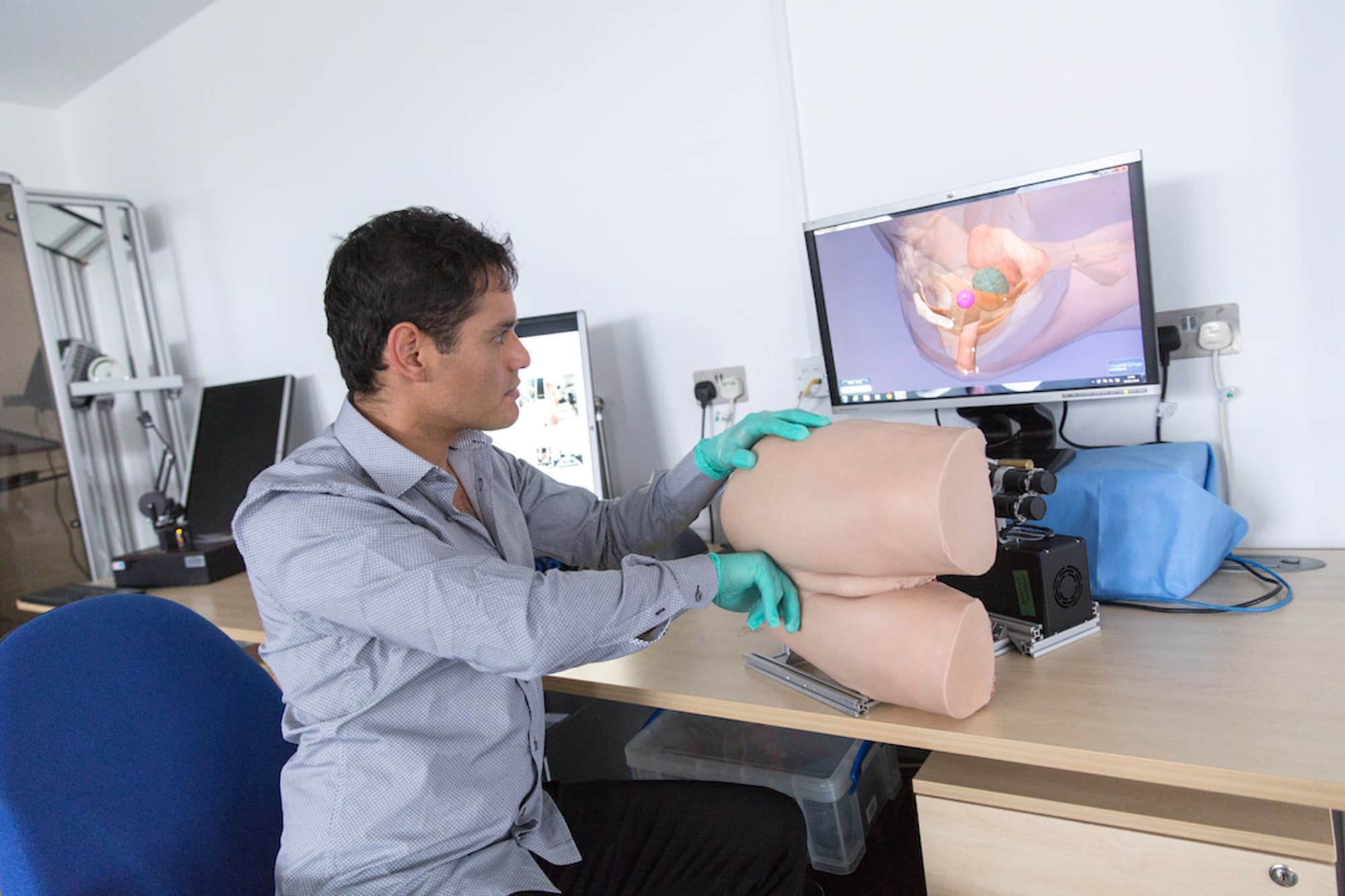 They're now working to improve the device by getting doctors to wear small pressure sensors under their gloves and collecting data from real prostate exams in patients. If they can work out the best pressure to use during an exam, they can then program the robotic rectum to respond accordingly.

You can see the device in action below. Let's hope it saves lots of lives!