Scientists have discovered that a female brownbanded bamboo shark, Chiloscyllium punctatum, somehow stored sperm for 45 months before giving birth to a pup in January 2012 - a record-breaking hoarding event that led scientists to believe that they'd witnessed a "virgin birth".

You can forgive their confusion - the researchers at the Steinhart Aquarium at the California Academy of Sciences in San Francisco, US, where three female brownbanded bamboo sharks had been living sans males since 2007, were understandably surprised when a baby hatched from a tank that contained no possible fathers.

It was generally assumed at the time that one of the females had reproduced via "facultative parthenogenesis" - which is when asexual reproduction occurs without fertilisation. It's a process that occurs in several other shark species but hadn't before been seen in brownbanded bamboo sharks, so the team decided to investigate further.

Now a new genetic study has revealed that this definitely wasn't the case - DNA samples show that the pup (pictured above) contains genetic material that didn't belong to any of the three females in the tank. In other words, it definitely had a father.

Publishing in the Journal of Fish Biology, the researchers from the California Academy of Sciences explain that the females couldn't have had contact with a male of the same species since 2007, before they were moved, which means that one of them had stored sperm for almost four years. They were also able to narrow down who the mother was.

Although sperm storage is common in sharks - it's a handy trick that means that females can fertilise their eggs even if they're not ovulating at the time of mating - generally long-term storage is known to stretch from 13 to 28 months, as the paper explains. "This is the longest documented case of sperm storage and successful fertilisation for any species of shark," the researchers conclude.

It's still not known exactly where C. punctatum would have stored the sperm. In other species, it's kept in tubules in the oviducal gland, which produce the jelly like material that surrounds fertilised eggs.

Further research is now needed to work out exactly how the mother managed to keep hold of the sperm for so long, and what caused the delay in fertilisation, but it's a pretty fascinating study that shows, once again, just how diverse, and extreme, reproductive strategies can be in the animal kingdom.

For example, certain deep-sea octopuses (yes, that really is the plural of octopus) have been shown to guard the same brood of eggs for up to four and a half years.

And scientists also this week managed to capture this world-first photo of a thresher shark giving live birth to a pup. Nature really is amazing. 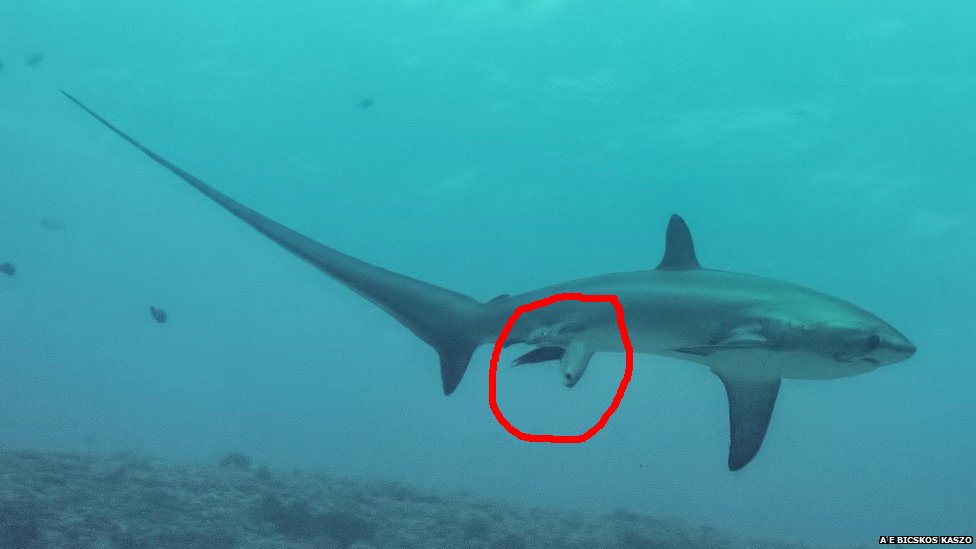