Environment08 May 2018
By Amy B Wang, The Washington Post

The latest eruptions of Kilauea, the most active volcano on Hawaii's Big Island, have rendered parts of a once-serene neighborhood on the island unrecognizable.

On April 30, the floor of a crater on top of the volcano collapsed, sending its pool of lava back underground and causing small earthquakes.

Scientists predicted the magma would travel elsewhere and push its way back to the surface somewhere in the East Rift Zone. They were correct.

Days later, the ground split open on the east side of the island's Leilani Estates neighborhood, exposing an angry red beneath the lush landscape. From the widening gash, molten rock burbled and splashed, then shot dozens of feet in the air.

The Hawaii County Civil Defense Agency called it "active volcanic fountaining". Some residents insisted it was Pele, the Hawaiian volcano goddess, coming to reclaim her land.

More than 1,700 residents were ordered to flee amid threats of fires and "extremely high levels of dangerous" sulfur dioxide gas.

Soon, another such fissure had formed a few streets to the west. Then another and another. From the vents, hot steam - and noxious gases - rose, before magma broke through and splattered into the air. 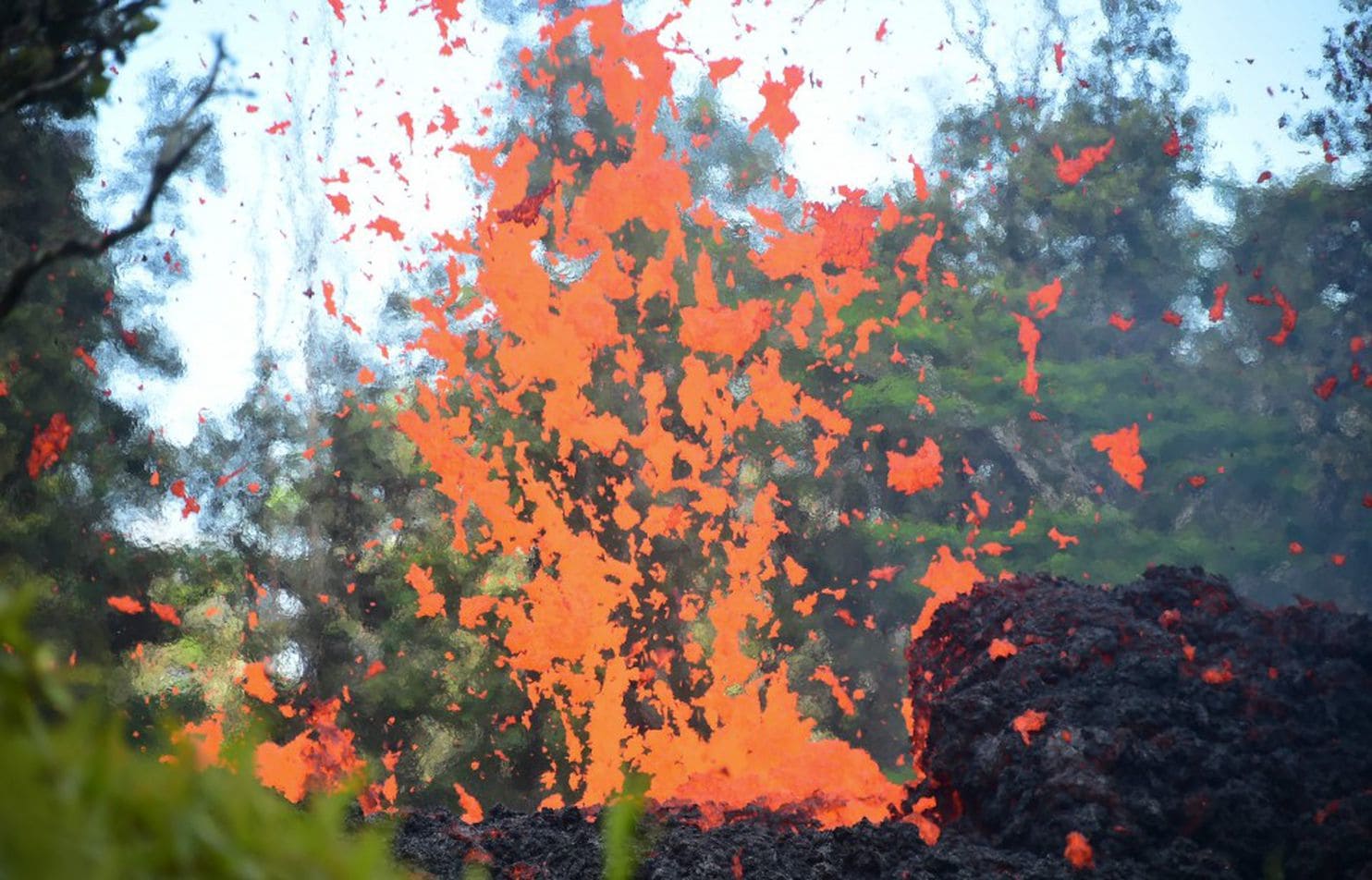 Lava from a fissure in the Leilani Estates. (Frederic J. Brown/AFP/Getty Images)

Dozens of earthquakes - including the strongest to hit Hawaii in more than four decades - have jolted the Big Island's residents, some as they were in the midst of evacuating.

At least 12 fissures have been reported in and around Leilani Estates, according to the county civil defense agency.

Lava spouted along the vents and oozed through the neighborhood, leaving lines of smoldering trees in its wake and igniting cars and buildings. 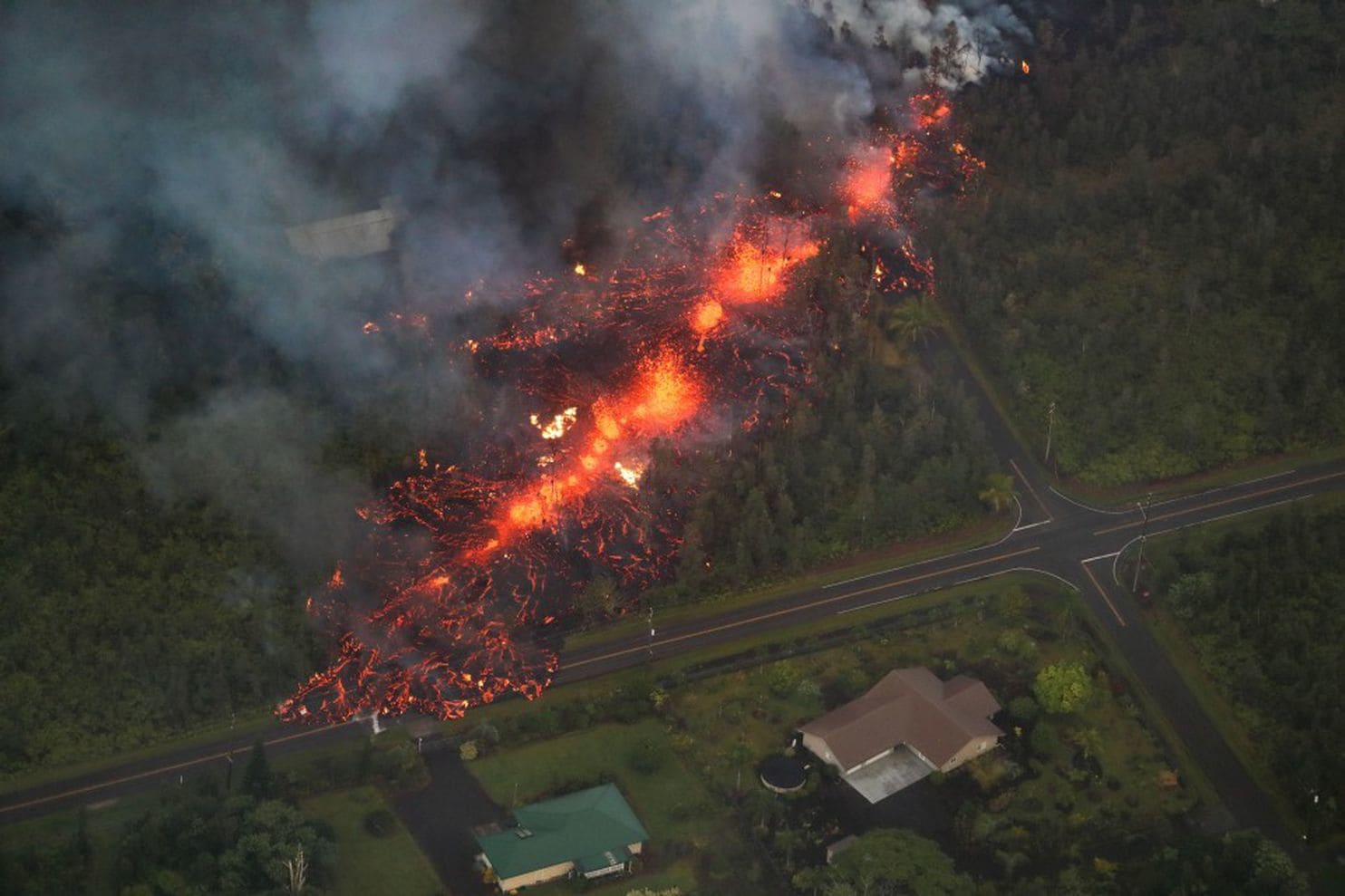 So far, lava has destroyed at least 35 structures, 26 of which were homes, the agency said Monday night.