You can find snakes in Australia pretty much anywhere. At the beach. On your car. But this three-eyed slitherer discovered in the Northern Territory is obviously all kinds of special.

Found by rangers near a small town called Humpty Doo just outside of Darwin, the three-eyed carpet python looks to be sporting three fully functioning eyes – with an abnormal surplus eye sprouting from the top of its scaled forehead.

From time to time, we see snakes with polycephaly in the wild – the condition of having two separate heads – but the rangers don't think that's the case here. 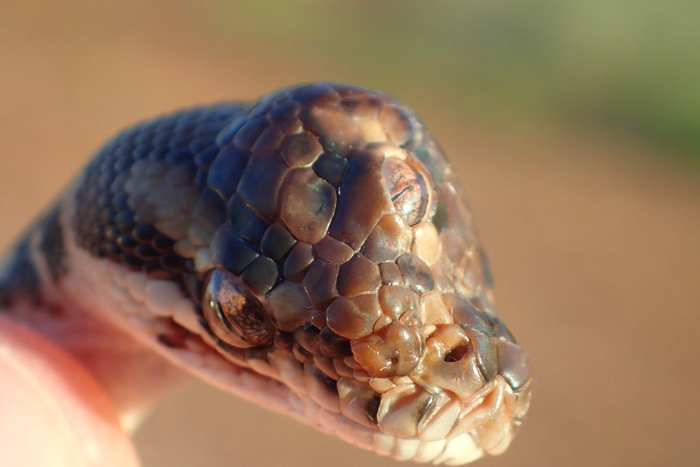 A subsequent X-ray of the reptile revealed 'Monty' (as the rangers nicknamed him) doesn't have two separate heads forged together – but rather one skull featuring a bonus eye socket, giving the python a handy, vertically oriented peeper.

"It was generally agreed that the eye likely developed very early during the embryonic stage of development," Northern Territory Parks and Wildlife explains in a Facebook post.

"It is extremely unlikely that this is from environmental factors and is almost certainly a natural occurrence as malformed reptiles are relatively common."

Sadly, while the all-seeing third eye might have enabled Monty various advantages during his lifetime (like spying threats from above), it was also ultimately the end of him; the snake was discovered in March, but died last week while still only a juvenile.

"It's remarkable it was able to survive so long in the wild with its deformity, and he was struggling to feed before he died last week," ranger Ray Chatto told NT News.

RIP Monty. We can only wonder at the things you saw.