Scientists Found a Bird That's 3 Species in One, And We've Never Seen Anything Like It

An unusual warbler in Pennsylvania has been discovered harbouring an incredible genetic secret. He's the hybrid of not two, but three different species of bird. His mother was a hybrid of two warblers - and his father was a warbler of an entirely different third genus.

"The female is a Golden-winged/Blue-winged warbler hybrid - also called a Brewster's warbler. She then mated with a Chestnut-sided warbler and successfully reproduced."

Bird hybrids aren't uncommon - after all, Brewster's warbler has been known since 1874, and it's well known that hybridisation can lead to the development of new species.

But generally, it's only two species. The fact that this one bird is a three-species hybrid is fascinating - but it also reveals something alarming about declining warbler numbers in Appalachia. 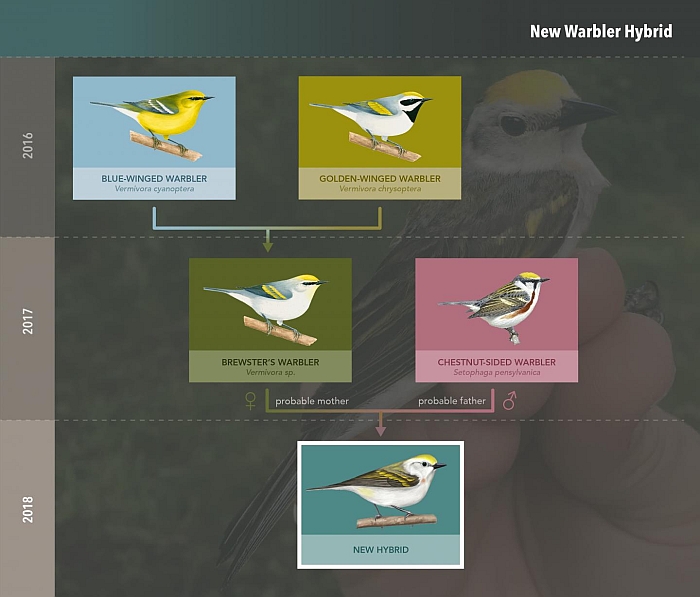 He was first spotted in May 2018, by bird-watcher Lowell Burket. After taking a video of the little fellow, Burkett noticed that he had colouration similar to both Golden-winged (Vermivora chrysoptera) and Blue-winged (Vermivora cyanoptera) warblers - but that his song was more like that of a Chestnut-sided warbler (Setophaga pensylvanica).

After spotting the strange bird several times, Burket reported his discovery on The Cornell Lab of Ornithology's birding website, eBird, and reached out to researchers.

"I tried to make the email sound somewhat intellectual so they wouldn't think I was a crackpot," Burket said.

"Within a week researcher David Toews came down. We found the bird again and collected a blood sample and measurements. It was a very interesting and exciting morning for us."

A few days later Burket got a text message from Towes, punctuated with several exclamation marks - it turned out the amateur bird-watcher had been correct in his observations.

The researchers studied the genes that code for colouration, and used those to piece together what the mother bird would have looked like - arriving at a Brewster's warbler mum and a Chestnut-sided warbler dad.

It's the first time this hybrid combination has ever been seen. But it's also sobering. Some populations of Golden-winged warblers have declined dramatically across Appalachia.

A new type of hybridisation event could indicate that there are not enough mates for everyone, so the birds are having to look to other species for reproductive options. 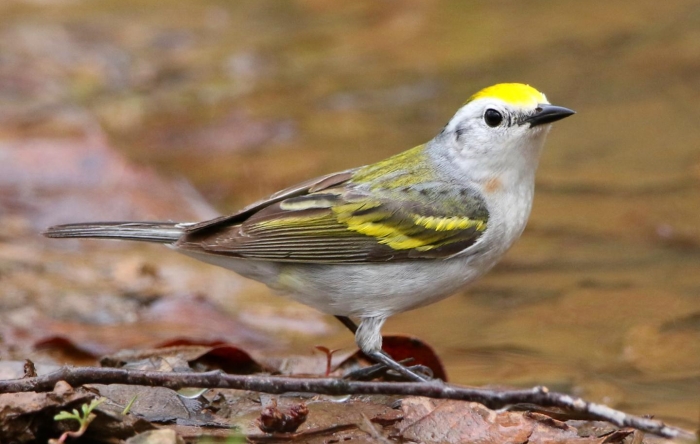 "That this hybridisation occurred within a population of Golden-winged warblers in significant decline suggests that females may be making the best of a bad situation," Toews said.

"It also tells us that wood-warblers in general have remained genetically compatible long after they evolved major differences in appearance."

We know that some bird hybrids remain fertile, and are able to reproduce - after all, the triple-hybrid's mum was a hybrid herself. At this time, though, it's not known whether the triple hybrid will be able to reproduce - or, even if he can, whether he looks too weird for female birds to choose him as a mate.

It's definitely a situation that bears watching, though - not just for the individual bird, and the warblers of Appalachia, but for what it can tell us about avian hybridisation in general.

"This finding of 'hybrids hybridising' provides a novel avenue for the movement of genes between distantly related taxa not yet observed or described in birds," the researchers wrote in their paper.

The discovery has been published in the journal Biology Letters.