Scared of a future where you can no longer discern if you're dealing with a human or a computer? A team of Australian researchers have come up with what they call the Anti-AI AI.

The wearable prototype device is designed to identify synthetic speech and alert the user that the voice they're listening doesn't belong to a flesh-and-blood individual. Developed as a proof of concept in just five days, the prototype makes use of a neural network powered by Google's Tensorflow  machine learning software.

As artificial intelligence (AI) and robotic technology rapidly evolve, we're facing an uncertain future where machines can seemingly do all sorts of things better than people can – from mastering games to working our jobs, and even making new, more powerful forms of AI.

While the gravest concerns envision a future dystopia where unregulated, super-powerful AIs threaten humanity's very existence, the truth is we're already entering a new, unsettling era in which machines can deceive humans by impersonating the ways we speak and look. 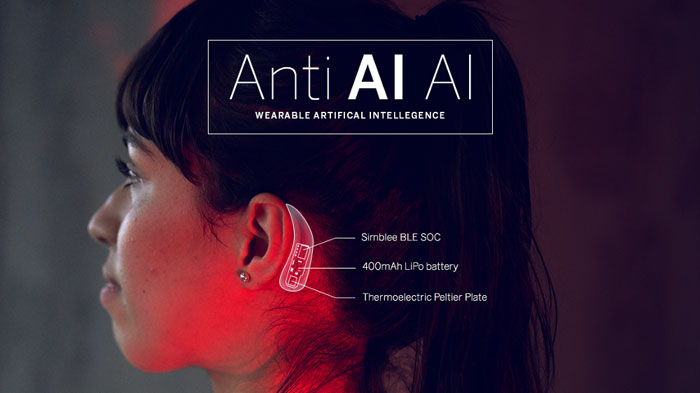 As this technology gets even more sophisticated, it's becoming easier to imagine a world where soon it may be difficult or even impossible to tell when a 'person' you're talking to on the phone – or watching on TV – is or isn't a real human being.

But while AI is what empowers this nightmare scenario, it could also be what helps us reveal these synthetic impostors for what they are.

A team at Australian creative technology agency DT trained its AI up on a database of synthetic voices, teaching the offline network to recognise artificial speech patterns.

When the wearable prototype operates, it captures audio spoken in the device's presence and sends it to this neural network in the cloud. If the AI detects an actual human voice (code green), all is fine:

But if the system picks up on synthetic speech, it has a unique way of subtly letting the human know that they're talking to a digital clone.

Rather than using light, sound, or vibration to alert the user, the prototype includes a miniature thermoelectric cooling element to reinforce that the voice they're hearing is coming from a "a cold, lifeless machine".

"We wanted the device to give the wearer a unique sensation that matched what they were experiencing when a synthetic voice is detected," the team explains on DT's R&D blog.

"By using a 4×4 mm thermoelectric Peltier plate, we were able to create a noticeable chill on the skin near the back of the neck without drawing too much current." 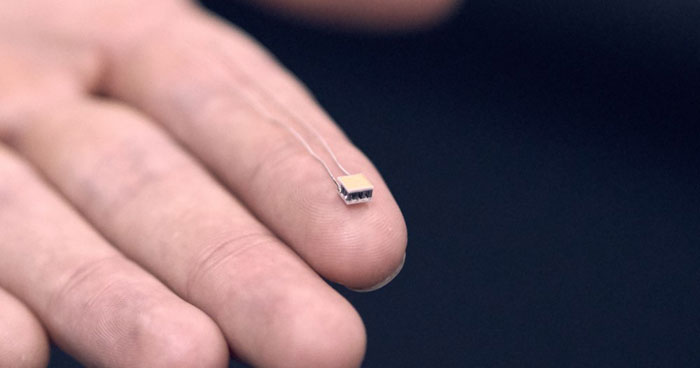 That's right, guys, this device literally sends a chill down your spine when you're talking to a digital doppelgänger made up of 0s and 1s, and we can't think of a more fitting example of UI feedback.

Of course, because the Anti-AI AI is just a work-in-progress concept piece for now, it's unlikely the device will actually be released any time soon.

But the researchers behind it say that they're still refining their prototype and intend to improve the neural net with more synthetic content in the future.

Is this something you and I might need in the future? It's possible.

After all, in a post-truth world dominated by fake news misinformation – where world leaders can so easily be manipulated to say things they never actually said – nothing's for certain.