Back in 2014, doctors in China were shocked when they discovered that a 24-year-old woman was living without her cerebellum, a vital section of the brain that holds up to 50 percent of a person's total neurons.

Even crazier, the woman – who remains unnamed – had no idea of her condition and had been living out a pretty normal, full life, proving just how little we know about the brain and how it can adapt to cope with what should be a debilitating condition.

The woman's story started in 2014, when her mother brought her into a Chinese hospital in Shandong Province because she was complaining of nausea and dizziness. Since these are not uncommon issues, doctors proceeded as normal, conducting a CAT scan to see if there was anything abnormal. 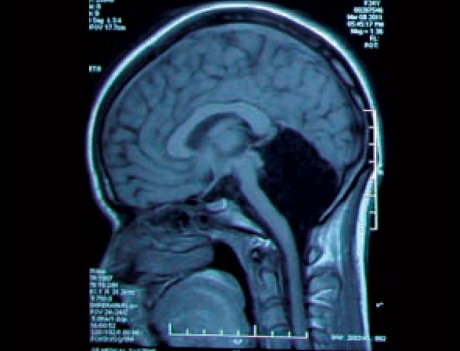 To their shock and awe, they found that the woman had a giant gap where her cerebellum should be. In fact, the cerebellum – the part of the brain that controls balance, voluntary movement, and the ability to learn motor skills and some speech – accounts for roughly 10 percent of a person's total brain mass.

According to a report by Helen Thomson from New Scientist, the woman's mother said she had no idea that her daughter suffered from what should be a fatal condition, saying that she had problems walking until age 7 and didn't speak intelligibly until age 6. Other than that, she lived a normal life.

"She is married with a daughter, and her pregnancy and delivery were described as uneventful. Her parents had no history of neurological disorders," the doctors – led by Feng Yu from Chinese PLA General Hospital – wrote in a case study of the woman.

"Her four sisters and one brother are described as neurologically normal. According to her mother, she was 4-years-old before she could stand unassisted, and did not begin to walk unassisted until the age of 7, with a persistently unsteady gait. She never ran or jumped. Her speech was not intelligible until 6 years of age and she did not enter school," they continued.

Researchers call this shocking condition 'complete primary cerebellar agenesis', and it's so rare that – as Chris Weller puts it for Medical Daily – the number of cases can be counted on two hands, with the majority of cases leading to death or permanent brain damage.

"Most individuals with complete primary cerebellar agenesis are infants or children with severe mental impairment, epilepsy, hydrocephaly, and other gross lesions of the CNS," the doctors explained.

For this woman, though, she had somehow managed to keep on living with only minor ailments, such as an unsteady walk and bit of slurred speech.

The doctors say this is likely because whatever caused her cerebellum to disappear happened early in life, allowing her brain to adapt to the condition.

Basically, this means that other parts of the brain took over for the missing cerebellum, filling the void left by its absence with fluid.

In a similar situation, a man was found in 2007 who was living a normal, functional life, despite missing 90 percent of his brain - challenging our entire understanding of consciousness.

Hopefully the insights gained by doctors in cases such as these will help us further understand how the brain can adapt and handle conditions that should be fatal.

The woman's case study was published in the journal Brain.