El Niño Has Finally Arrived. Here's What That Means For You.

It's official. After almost a year of El Niño being a no-show, the US's National Oceanic and Atmospheric Administration (NOAA) has announced that an El Niño weather pattern has developed, and is expected to hang around, messing up our weather, until August.

An El Niño weather pattern is associated with a warm band of water in the central and eastern parts of the Pacific, and it can trigger strange weather events, such as heavy rain and unseasonable warmth in some areas, and cold snaps in others. Between 1997 and 1998, an extreme El Niño caused flooding and drought across the planet and generally wreaked havoc on global weather.

Early last year, researchers predicted that a similar event was brewing, and could take effect by December 2014. Obviously, that didn't happen. But El Niño is now here, albeit both later and weaker than expected.

However, researchers believe the event could still push temperatures up to make 2015 the hottest year yet - a record that was set just a few months ago by a scorching 2014.

Unfortunately, because of the delay in El Niño, it's probably not going to provide much of the predicted relief to drought-stricken California. But it will have some other big impacts around the rest of the world, such as potentially dampening the US Atlantic hurricane season, but strengthening the season in the Eastern Pacific.

Check out the NOAA image below to find out how the weather system will affect your hometown between June and August, and depending on your heat preference, plan your holidays accordingly. A larger version is available here.

I don't know about you guys, but Mexico is looking pretty good to me. 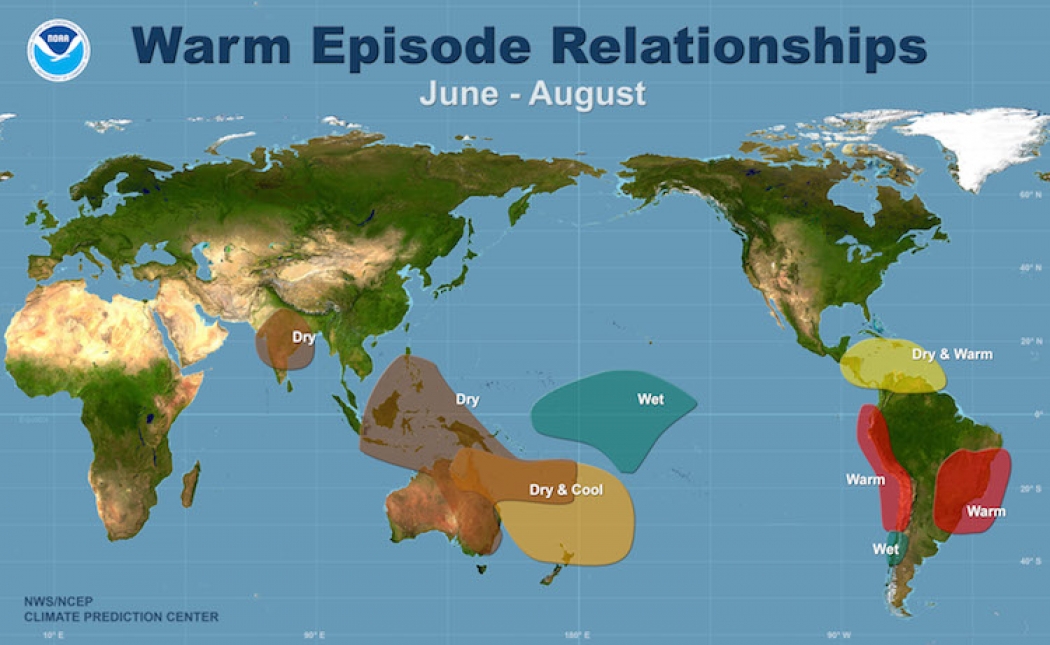