Scientists Dig Biodegradable Bags Up After 3 Years And, Yeah, The Results Aren't Good

The push away from needless plastic use is a noble and necessary one, but new research casts doubt over just how environmentally friendly some forms of biodegradable plastic actually are.

Researchers found that bags labelled biodegradable and compostable were still able to carry a full load of shopping after being left to degrade in the elements for three years – they don't decay nearly as fast as you'd expect.

The question raised by the study from the University of Plymouth in the UK is whether the biodegradable chemical mixtures in these bags go far enough. If the plastic is still in the environment three years after being discarded, that's still a major litter and pollution problem that needs dealing with.

"After three years, I was really amazed that any of the bags could still hold a load of shopping," says lead researcher Imogen Napper. "For a biodegradable bag to be able to do that was the most surprising."

"When you see something labelled in that way, I think you automatically assume it will degrade more quickly than conventional bags. But, after three years at least, our research shows that might not be the case."

All five plastic types were tested in the open air, buried in soil, and submerged in the 'ocean'. The researchers measured surface area loss and disintegration over time, as well as tensile strength, surface texture and chemical structure.

The open air made short work of all the bags, which had split into fragments within just nine months. 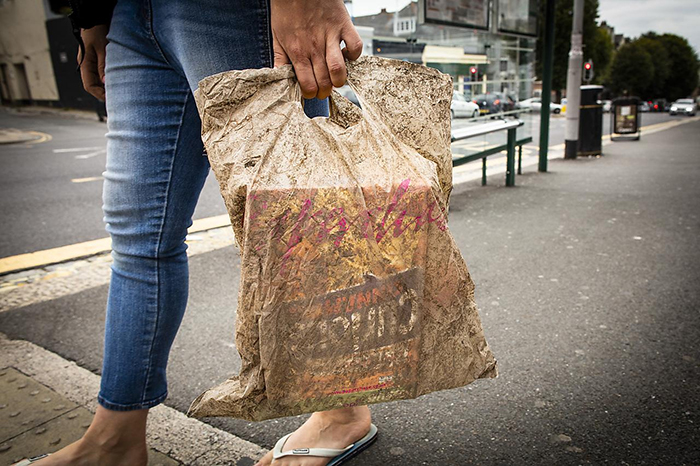 In terms of soil and water though, it was a different story: the biodegradable, oxo-biodegradable and conventional plastic bags could still hold shopping three years after being buried or submerged.

The compostable bag type did the best, vanishing from the water environment within three months and broke up to an extent in the soil environment as well – though fragments were still detected after 27 months of testing.

None of the bags completely deteriorated in all three environments.

Through their analysis, the researchers are hoping to raise awareness of what "biodegradable" actually means when it comes to plastic bags – something that can be recycled in the heat and pressure of an industrial facility might not disappear anywhere near as quickly in the natural environment.

In other words, biodegradable as a label doesn't mean much without the conditions and timescale of the degrading attached.

The team also wants to see stricter international standards around what the definitions of biodegradable actually mean. In the UK, single-use plastic bags have been levied with a 5p tax since 2015 and are now being phased out from larger stores altogether.

A spokesperson for Vegware, which supplied one the compostable bags, told The Guardian that "it's important to understand the differences between terms like compostable, biodegradable and oxo-degradable... compostable materials can compost with five key conditions – microbes, oxygen, moisture, warmth and time."

"This research raises a number of questions about what the public might expect when they see something labelled as biodegradable," says one of the research team, Richard Thompson.

"We demonstrate here that the materials tested did not present any consistent, reliable and relevant advantage in the context of marine litter."