The probe is designed to reveal the secrets of Martian weather, but the UAE also wants it to serve as an inspiration for the region's youth.

"To the people of the UAE, to the Arab and Muslim nations, we announce the successful arrival to Mars' orbit. Praise be to God," said Omran Sharaf, the mission's project manager.

Officials at mission control broke into applause, visibly relieved after a tense half-hour as the probe carried out a "burn" to slow itself enough to be pulled in by Martian gravity, in what was the most perilous stage of the journey.

Hope is the first of three spacecraft to arrive at the Red Planet this month after China and the US also launched missions in July, taking advantage of a period when the Earth and Mars are nearest.

The UAE's venture is also timed to mark the 50th anniversary of the unification of the nation's seven emirates.

"What you have accomplished is an honour for you, and an honour for the nation. I want to congratulate you," said Abu Dhabi Crown Prince Sheikh Mohammed bin Zayed after entering the control room.

The probe, named "Al-Amal", Arabic for "Hope" rotated and fired all six of its powerful thrusters to dramatically slow its average cruising speed of 121,000 kilometres (75,000 miles) per hour to about 18,000 kph. 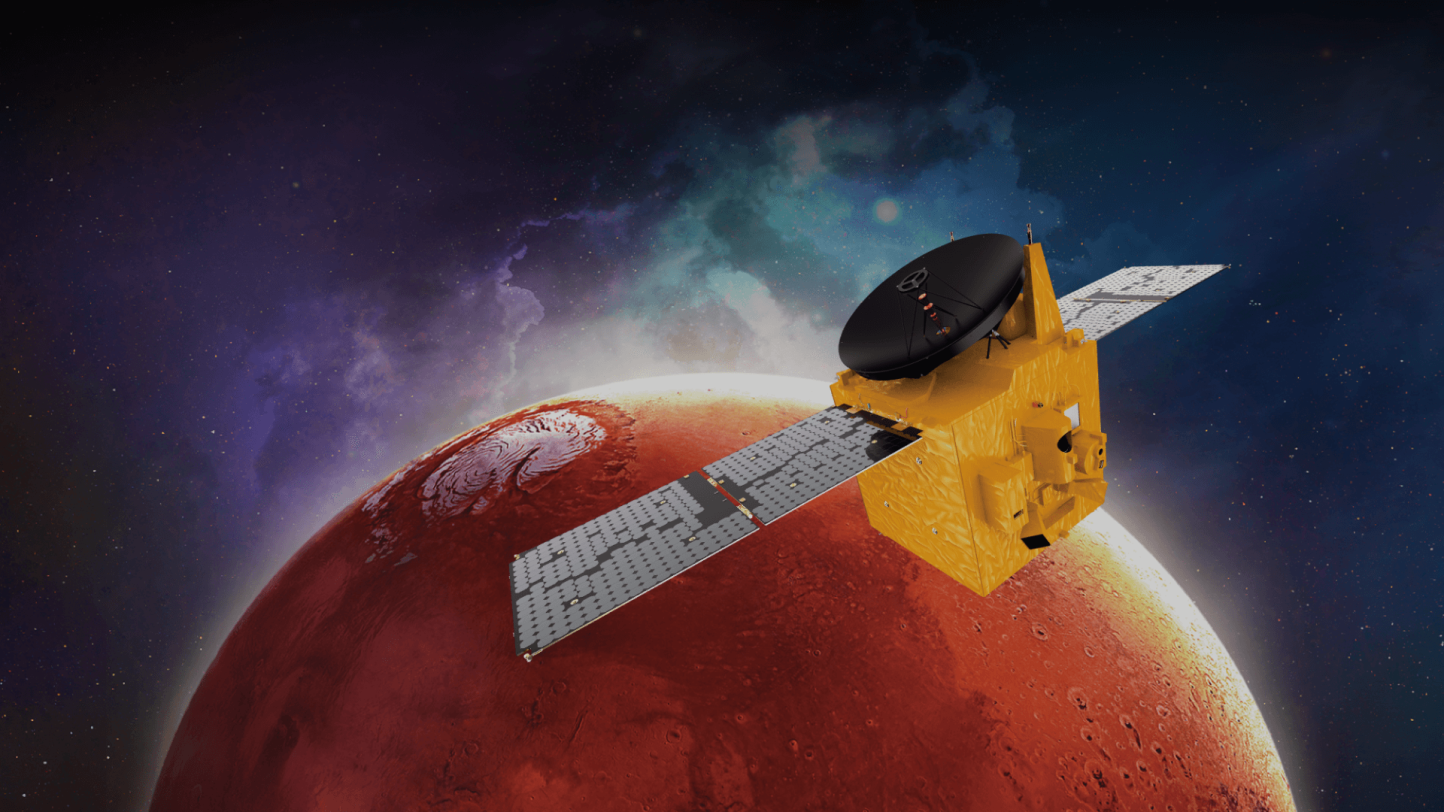 As the clock ticked down, Dubai's needle-shaped Burj Khalifa, the world's tallest tower, lit up in red with blue laser lights, and erupted into a light and fountain show with news of the success.

Landmarks across the Gulf state have been illuminated in red at night and government accounts and police patrol cars emblazoned with the #ArabstoMars hashtag.

The UAE this week also projected onto the Dubai night sky images of Mars' two moons - Phobos and Deimos - to allow residents "to see what the probe sees".

While the probe is designed to provide a comprehensive image of the planet's weather dynamics, it is also a step towards a much more ambitious goal - building a human settlement on Mars within 100 years.

And apart from cementing its status as a key regional player, the UAE also wants to engage youth in a region too often wracked by sectarian conflicts and economic crises.

"This project means a lot for the nation, for the whole region, and for the global scientific and space community," Sharaf told AFP before the launch.

"It's not about reaching Mars; it's a tool for a much bigger objective. The government wanted to see a big shift in the mindset of Emirati youth… to expedite the creation of an advanced science and technology sector in the UAE."

The wealthy Gulf state now becomes the fifth space entity to reach Mars, with the China mission due to become the sixth on Wednesday.

Only the US, India, the former Soviet Union and the European Space Agency have successfully reached the Red Planet in the past.

"As a young nation, it is a particular point of pride that we are now in a position to make a tangible contribution to humanity's understanding of Mars," said Sarah al-Amiri, the 34-year-old UAE minister who is one of the drivers behind the project.

"Hope" will orbit the Red planet for at least one Martian year, or 687 days, using three scientific instruments to monitor the Martian atmosphere.

It is expected to begin transmitting information back to Earth in September 2021, with the data available for scientists around the world to study.

Unlike the other two Mars ventures, China's Tianwen-1 and the Mars 2020 Perseverance from the United States, the UAE's probe will not land on the Red Planet.

"If you ventured in pursuit of glory, don't be satisfied with less than the stars."