This Adorable Toddler Has 'Uncombable Hair Syndrome', And It's a Rare Genetic Quirk

It might sound like an excuse for a bad hair day, but Uncombable Hair Syndrome (UHS) is actually a real genetic condition.

It's caused by a rare genetic mutation, and creates silvery-blond or straw-coloured hair that is easily damaged and cannot be combed flat. The result? Frizzy, shiny hair that sticks out in all directions.

Some have speculated that the genetic quirk is what gave Albert Einstein his unruly hair, although the idea has never been put to the test (besides, he was famously a bit of a slob anyway, and his hair didn't look as insane when he was young).

Nevertheless, the 100 or so people who are estimated to have the syndrome, do indeed have similar hairdos to the scientific genius.

Taylor McGowan, an 18-month-old baby from outside Chicago, is one of those people, and she is pretty much the cutest thing you will ever see. 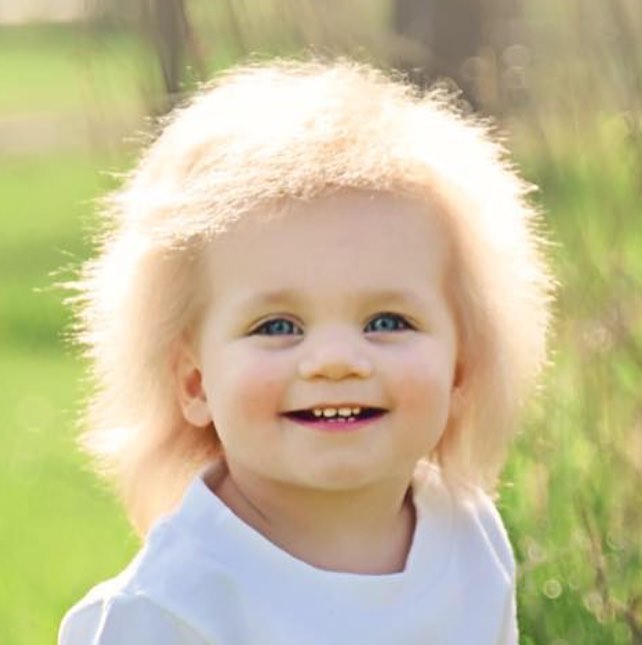 The nickname stuck, and Taylor now has her own Facebook page, Baby Einstein 2.0. It was set up by Taylor's mother, who feels strongly about public education on UHS, especially when it comes to anti-bullying and body positivity efforts.

Taylor has a rare genetic mutation called PADI3, which is one of three genes, including TGM3 and TCHH, that have been linked to UHS. All of these genes code for enzymes that help form the hair shaft.

When these genes mutate, however, the hair shaft doesn't develop like it normally would. In about half of the people with UHS, the hair shaft has grooves along its entire length, and it can be heart-shaped or triangular instead of round.

These peculiarities can turn a baby's hair into a sort-of 'white Afro', but the underlying hair structure is actually different from the tightly coiled strands responsible for the texture of African hair. 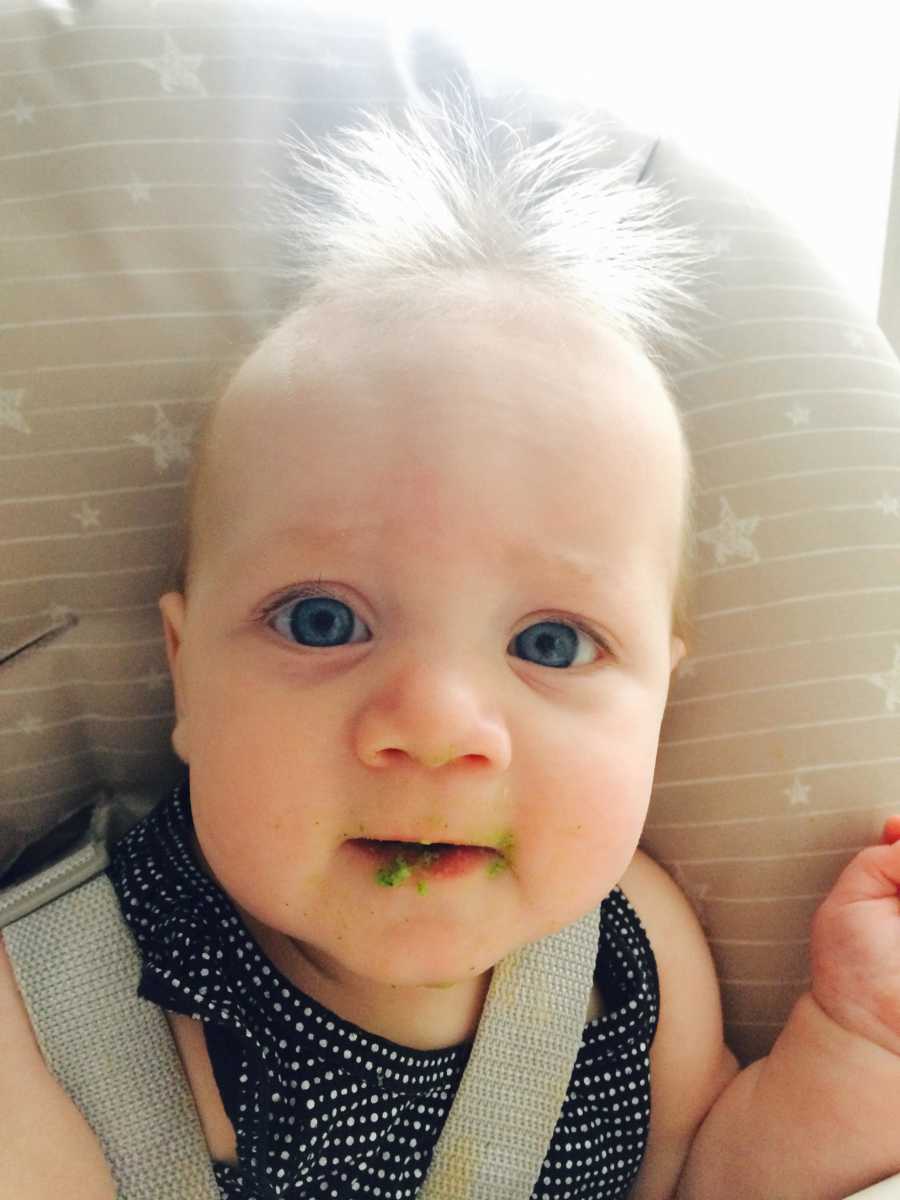 The McGowans first noticed that Taylor's hair was different when she was around 4 to 6 months of age. Pretty soon, it became her trademark, and they began referring to it as "The Hair."

A nurse told them that the fuzzy, stiff locks would soon fall out, but they never did. Then, Taylor's grandmother stumbled upon photographs of other children with UHS.

"We essentially laughed it off. We thought there is no way that our child could possibly have this ultra, ultra-rare condition that only affects 100 people worldwide," McGowan said.

"And we were completely wrong."

After contacting German scientist Regina Betz who discovered the PADI3 gene, the McGowans sent over blood samples to see if their family carried the mutation. The results confirmed that Taylor was one of the few people in the world who do indeed have UHS. 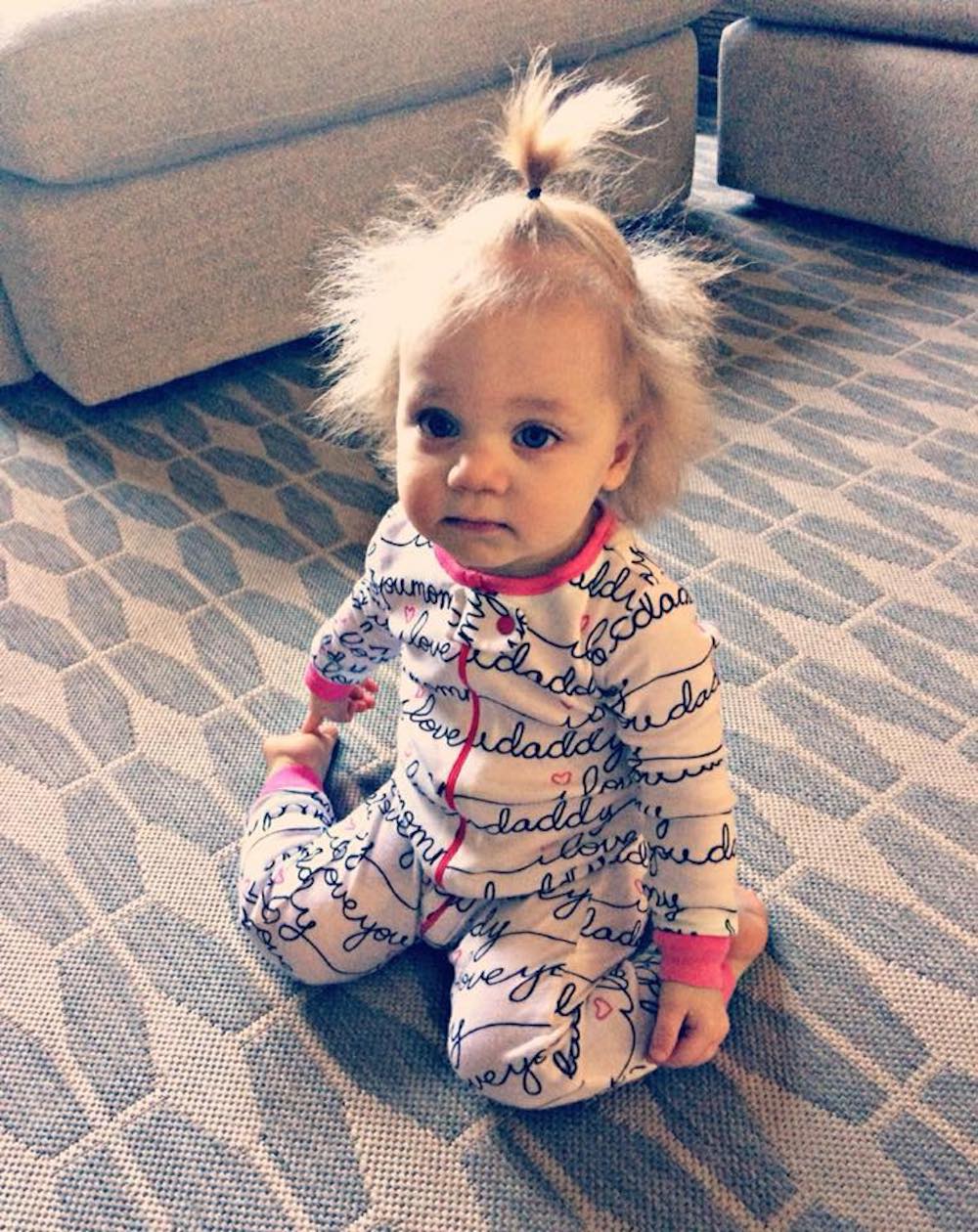 Because the condition is recessive, people with UHS are those who inherit two copies of the gene mutations, one from each parent. This is why Taylor's parents both have brown hair, despite carrying the PADI3 gene themselves.

"When I learned of the true rarity of the condition, I knew our family had fully embraced it when I caught myself telling my husband how romantic I thought it was that we the two of us genuinely had to be destined for one another in order to create such a rare, and unique human together," Cara wrote in an article on Love What Matters.

"If we have another child, the chances of that child having UHS will be 1 in 4 for us as a couple." 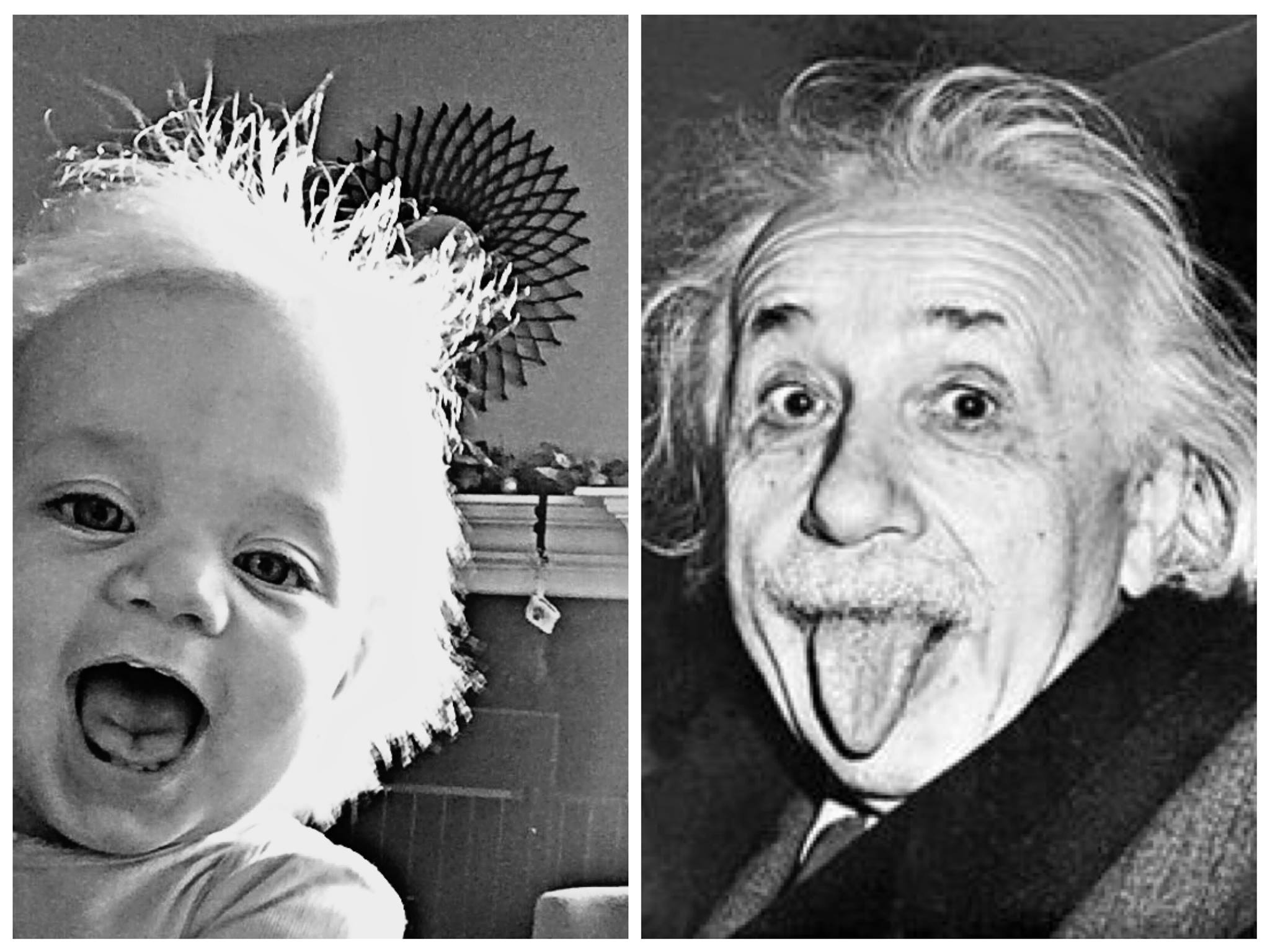 While the recessive gene is no doubt rare, cases of UHS are likely under-reported, according to the National Institutes of Health (NIH). Betz says she has diagnosed 70 more people with such hair, and believes there are thousands more out there.

Because some people with UHS outgrow the symptoms as they get older, the condition can easily slip by undetected. But Cara is not waiting to see if Taylor might grow out of her funky 'do.

"After a period of sadness, finally (and thankfully), my 'mama bear' instinct kicked in. Nobody was going to make fun of my child," Cara wrote in Love What Matters.

That's what Baby Einstein 2.0 is all about.

"Our message that we would like to spread is one of accepting diversity, loving oneself, and recognising bullying and what it looks like and making it stop," Cara told Buzzfeed News.