Traditionally, most spying and intelligence gathering has been done by highly trained human operatives. But the US military has a plan to enlist a smart network of plants to help it stay one step ahead of its enemies.

These flora won't be sneaking into secret labs or engaging in close combat, but will be used to monitor the environment for chemical attacks or even electromagnetic pulses, says the Defense Advanced Research Projects Agency (DARPA).

The program is called Advanced Plant Technologies or APT, and while it's only just being launched, eventually DARPA is hoping to create a self-sustaining network of plants that can be monitored remotely for any signs of environmental shift.

"Plants are highly attuned to their environments and naturally manifest physiological responses to basic stimuli such as light and temperature, but also in some cases to touch, chemicals, pests, and pathogens," says DARPA's Blake Bextine.

"Emerging molecular and modelling techniques may make it possible to reprogram these detection and reporting capabilities for a wide range of stimuli, which would not only open up new intelligence streams, but also reduce the personnel risks and costs associated with traditional sensors." 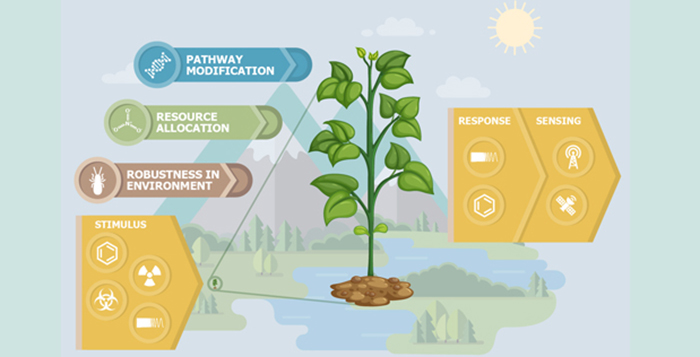 In other words, plant spies could help to keep human spies out of danger, and at the same time wouldn't cost as much or require the same level of maintenance as standard hardware sensors.

To do this, DARPA is planning to alter plant genomes or genetic material so that certain environmental triggers result in certain biological responses, that can then be picked up on satellite or using other types of remote monitoring tech.

DARPA says its existing ground, air, and space tech is capable of watching for changes in plant temperature, composition, and light reflections from a distance, some of the responses that could be used as warnings.

So far that's as much detail as DARPA has offered, but it says the plants could eventually recognise pathogens in the air or even be used by communities to detect landmines. It's now inviting researchers to propose potential modifications for these plant operatives.

To be successful, the genetic alterations mustn't damage the plants' capacity to thrive and deal with microbes, insects, and other plants, DARPA says, adding that previous efforts in this area have ended up sucking out resources the foliage needs to actually live.

Contained lab and greenhouse tests will be run before we see any plant spies out in the field, with oversight from regulators and biosafety groups.

DARPA is now accepting proposals for its APT program, though it's likely to be several years before we see special plant agents quite literally out in the field.

"As with DARPA's other work in that space, our goal is to develop an efficient, iterative system for designing, building, and testing models so that we end up with a readily adaptable platform capability that can be applied to a wide range of scenarios."