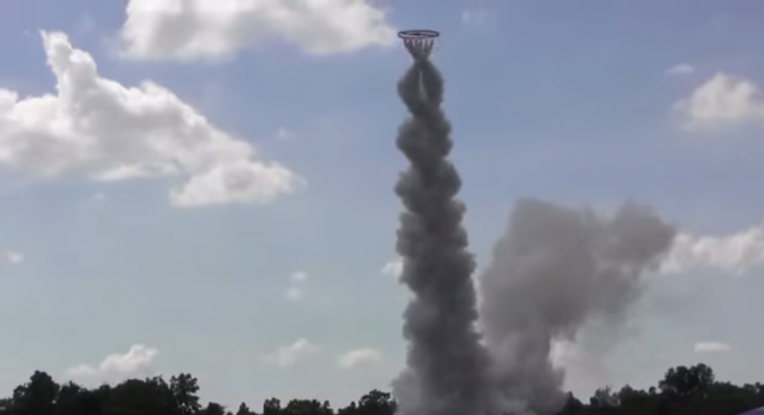 The video above shows a giant bamboo rocket launch.

After a hasty exit from the launch platform, the home-made Thai rocket blasts off incredibly fast and then spin crazily as it propels itself hundreds of metres into the sky, leaving behind a double helix trail. I’d be lying if I said it wasn’t the most entertaining thing I’ve seen so far this year.

These spinning rockets are common around Thailand and are launched as part of national festivals, especially in the north of the country. But this one in particular is impressively huge, and blasts a surprising distance into the sky before running out of fuel and releasing its parachute.

As Jesus Diaz writes for Sploid, the rockets are built as “wheels with a central rod full of solid fuel and nozzles that spin into the sky until they stop and fall back to Earth on a parachute. Or explode.”

I can’t help but wonder why we haven’t seen this design heading into space, although I can’t imagine it would be the smoothest ride for the astronauts.