What would it be like to go about your life without ever seeing colours such as green or purple, and then one day seeing the world in all its colourful glory?

Most people with colour blindness can only hope for such a moment to come, but for Noll Stafford from Florida it actually happened at his 66th birthday party.

Stafford's kids all pitched in to get him a pair of fancy sunglasses that correct colour blindness, and the family captured a video of him trying the sunnies on for the first time.

It was quite an emotional ride, as you can see in the video below:

It's hard to tell whether Stafford was startled by the vibrancy the glasses add to your vision (more on that later), or if he was overcome with emotion, but either way it was a pretty special moment for the whole family.

According to ABC News, Noll Stafford is actually a landscaper; seeing colourful flowers and plants for the first time must have been incredible for him.

But what's even cooler here is that Stafford is far from alone in having this amazing experience. The glasses he got for his birthday are made by a company called Enchroma, and they actively encourage users to capture their first colour experiences and share the videos on social media.

It's turned out to be a genius marketing strategy. These days a new Enchroma video pops up on YouTube every few weeks, and many of them are pretty emotional, just like the one with the Stafford family.

Back in 2015 Enchroma even made a compilation of some of their favourite reactions. We dare you to watch it without getting just a little bit teary-eyed:

By now you're probably wondering how Enchroma glasses work. But first we need to step back a little and look at what colour blindness actually is.

The term 'colour blindness' is not entirely accurate, because it gives the impression that for colourblind people the world looks black-and-white. (It's possible, though: the condition is called achromatopsia, and it's extremely rare.)

The typical human eye has three types of colour-sensitive cells: blue, red, and green-sensing cones. These three types of cones work together to give us the rich colour vision most of us enjoy.

But in some people, the cones work out of alignment and detect overlapping light spectrums, diminishing the number of hues the eye can distinguish.

Depending on the specifics of the overlap, a person can have either red-green, or blue-yellow colour blindness, although the latter is uncommon.

You can see a comparison of these deficiencies in this helpful illustration below, although keep in mind the severity of the deficit varies greatly between individuals: 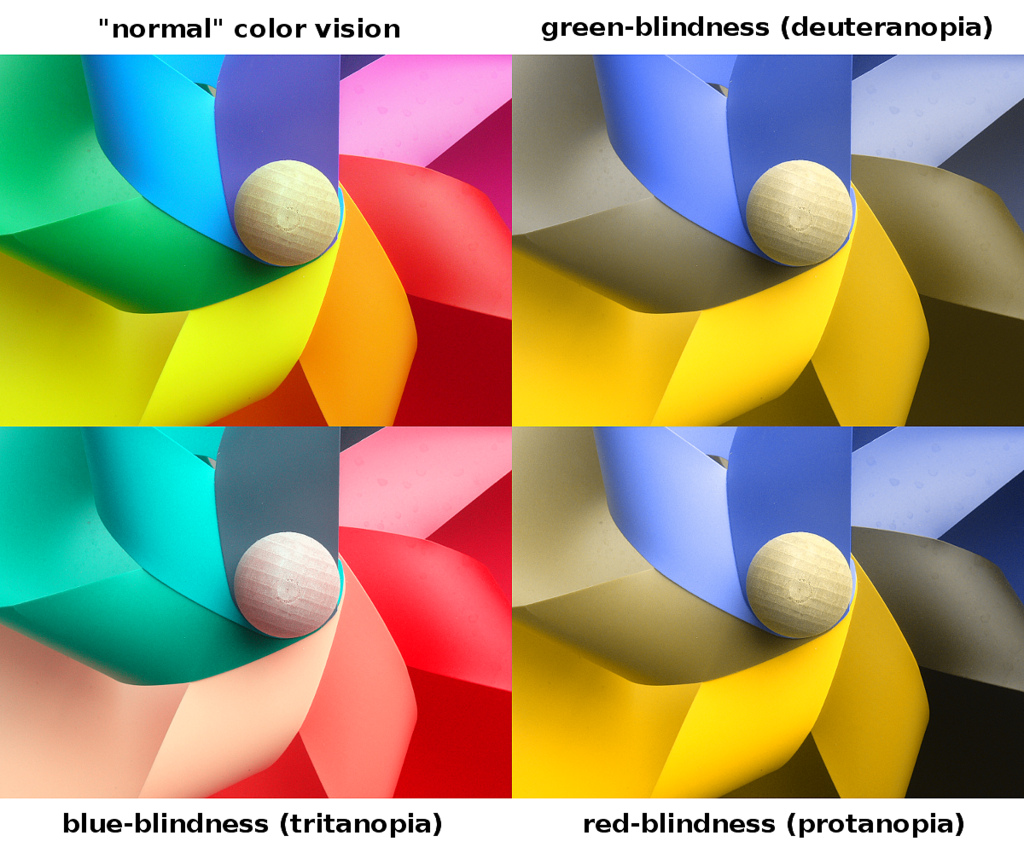 As you can see, for people with red-green deficiency certain colours just look completely different, usually taking on a muddy, brownish hue. Purple can be indistinguishable from blue, and pink may not exist at all.

Now, back to Enchroma, which specifically help with red-green deficiency. The glasses were originally invented as protective eyewear for doctors who work with laser surgery, but it quickly turned out the technology had a use outside the operating room, too.

Scientists used computer models that could simulate red-green colour blindness to design the patent-pending filters found in Enchroma lenses. These filters remove very precise wavelengths of the visible spectrum, which causes the colour signals to be amplified.

As a result, the brain of a colourblind person with these glasses can better separate the overlapping signals from red and green cones. And if you can perceive those wavelengths separately, the complexity of colour vision suddenly comes to life.

People who put the glasses on for the first time often comment how everything suddenly looks brighter. 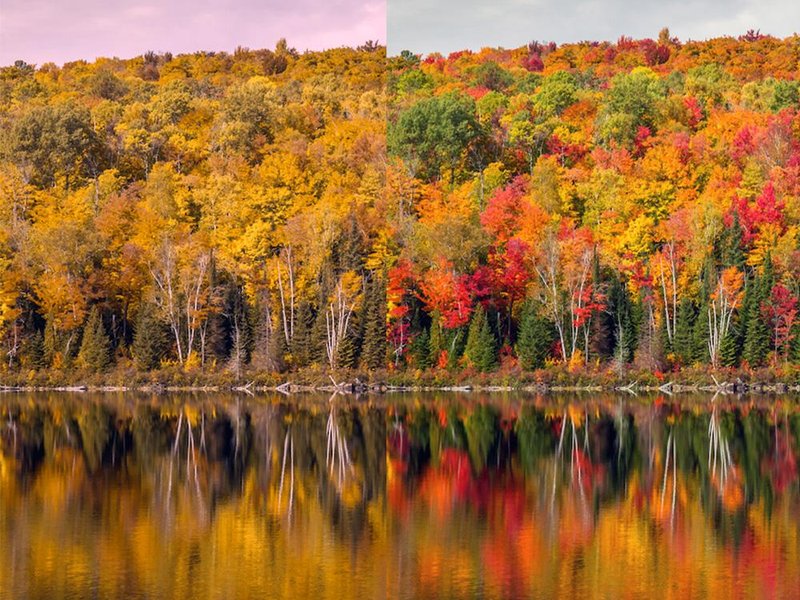 Incidentally, for a person with regular colour vision the Enchroma filters make many colours along the red-green spectrum look extremely vivid.

The developers of the glasses emphasise that this is not a colour blindness cure we're talking about here, but rather an 'assistive optical device'.

As explained above, the technology doesn't work on blue-yellow colour blindness, and people have different results based on their specific deficiency.

Still, for those who can afford the rather hefty price tag (the glasses start at US$349 for adults and US$269 for kids), it can be a life-altering experience. Sometimes you can't help but admire what science can do to make lives better.