Lightning striking the Artemis I launchpad during testing. (NASA)

Lightning struck the launchpad of NASA's new mega-rocket on Saturday, a spectacular-looking event that ultimately did no damage.

Thanks to proper preparation, NASA said that the event did no damage to the Artemis I, a 30-story vessel that aims to bring humans to the moon for the first time since 1972.

A video shared by photographer Jerry Pike on Twitter shows the moment a bolt of lightning struck the tower supporting the rocket.

Artemis I was in the midst of a series of crucial fueling tests ahead of its maiden voyage when the lightning hit.

It was undamaged, but the three-day "wet-dress rehearsal", the last major test before the rocket is launched on an uncrewed mission, was delayed several hours while the storm passed, per The New York Times.

A wet-dress rehearsal is when launch controllers load up the rocket with fuel, count down the launch all the way down to 10 seconds before liftoff, then stop and empty the tanks, Insider's Morgan McFall-Johnsen previously reported.

Four lightning bolts hit the launchpad on Saturday, three of which were relatively low intensity, per an update from NASA released Saturday.

A fourth strike was "the strongest we have seen since we installed the new lightning protection system," said Jeremy Parsons, NASA's deputy manager of the Exploration Ground Systems, according to Space.com.

The launchpad's lightning protection system is made up of a fiberglass mast connected to a wire that diverts the lightning to the ground, Parsons said in a Twitter thread.

The system is equipped with sensors that help monitor the health of the rocket after a lightning bolt hits the structure, per Parsons. 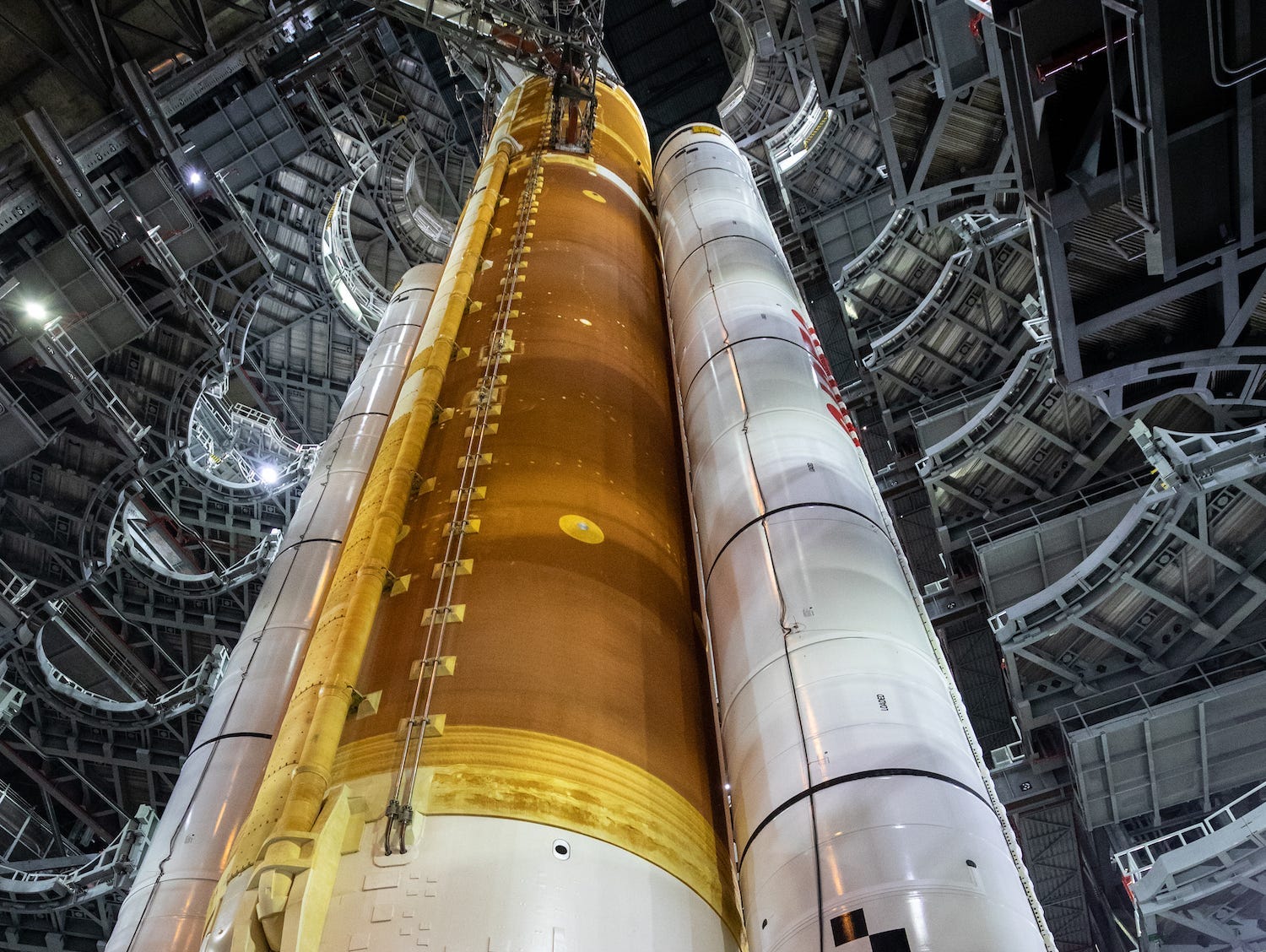 Lightning delays in Cape Canaveral, the "'lightning capital' of the US", are common, Parsons said in a tweet.

The fueling of the rocket was further delayed on Sunday after NASA detected a separate issue with fans that create positive pressure in the area around the launcher while it is loaded with fuel, per a statement.

Without these fans, gases could build up that could be hazardous to staff, NASA said.

Artemis I is the first iteration of NASA's Space Launch System (SLS), a new generation of giant rockets that were a decade in the making.

It is made up of four large engines, two rocket boosters, and an Orion spaceship, Insider's Morgan McFall-Johnsen previously reported.

Artemis I was rolled out onto its launchpad last month.

NASA aims to resume the testing on Monday.