WATCH LIVE: NASA Is About to Stream a 6-Hour Spacewalk From The ISS

(Fyodor Yurchikhin with one of the nanosatellites. Credit: NASA)

Life on the International Space Station (ISS) is always busy, with ongoing science experiments, training, incoming cargo crafts and more. But few things are as heart-stopping as actually seeing people leave the safety of the station and venture out into naked space.

The next spacewalk is scheduled for this week on August 17, and NASA has announced that you'll be able to tune in starting from 10.00am EDT to spend a fun six hours watching other people work in extraordinary conditions.

This time the lot has fallen to two Russian members of the Expedition 52 crew - Commander Fyodor Yurchikhin and Flight Engineer Sergey Ryazanskiy. Both cosmonauts are experienced spacewalkers, having done eight and three such missions, respectively.

The men have already been preparing since last week, sizing up their suits and checking them for leaks (crucial), and making a list of the tasks they'll be undertaking while outside.

The six-hour mission will begin at approximately 10.45am EDT on Thursday when the cosmonauts will exit the station's Pirs airlock to do a bunch of important jobs.

First up, they will deploy five nanosatellites that will set to work in the low-Earth orbit. Weighing about 5 kg (11 pounds) each, these satellites look pretty much like simple rectangular boxes - but they have a variety of functions.

One of these boxes will be enveloped in a 3D-printed casing so that astronauts can specifically test how such materials deal with the environment of our planet's orbit.

Another of the satellites will be commemorating two major anniversaries for the Russian space program - the 60th anniversary of humanity's first artificial satellite Sputnik 1 and the 160th anniversary of the birth of one of the "fathers of rocketry", Konstantin Tsiolkovsky.

The team will also scrape some residue samples off the outside of the ISS for analysis, and do some maintenance by attaching new handrails and struts for future spacewalking colleagues.

This is the only spacewalk planned during Expedition 52, and it will be amongst the longest ones so far performed this year.

The lengthiest spacewalk in 2017 was the 7-hour, 4-minute stint on March 24, during which US astronaut Peggy Whitson broke the record for the longest time a woman has spent in space. The experienced flight engineer has accumulated more than 50 hours and 40 minutes of spacewalking time. 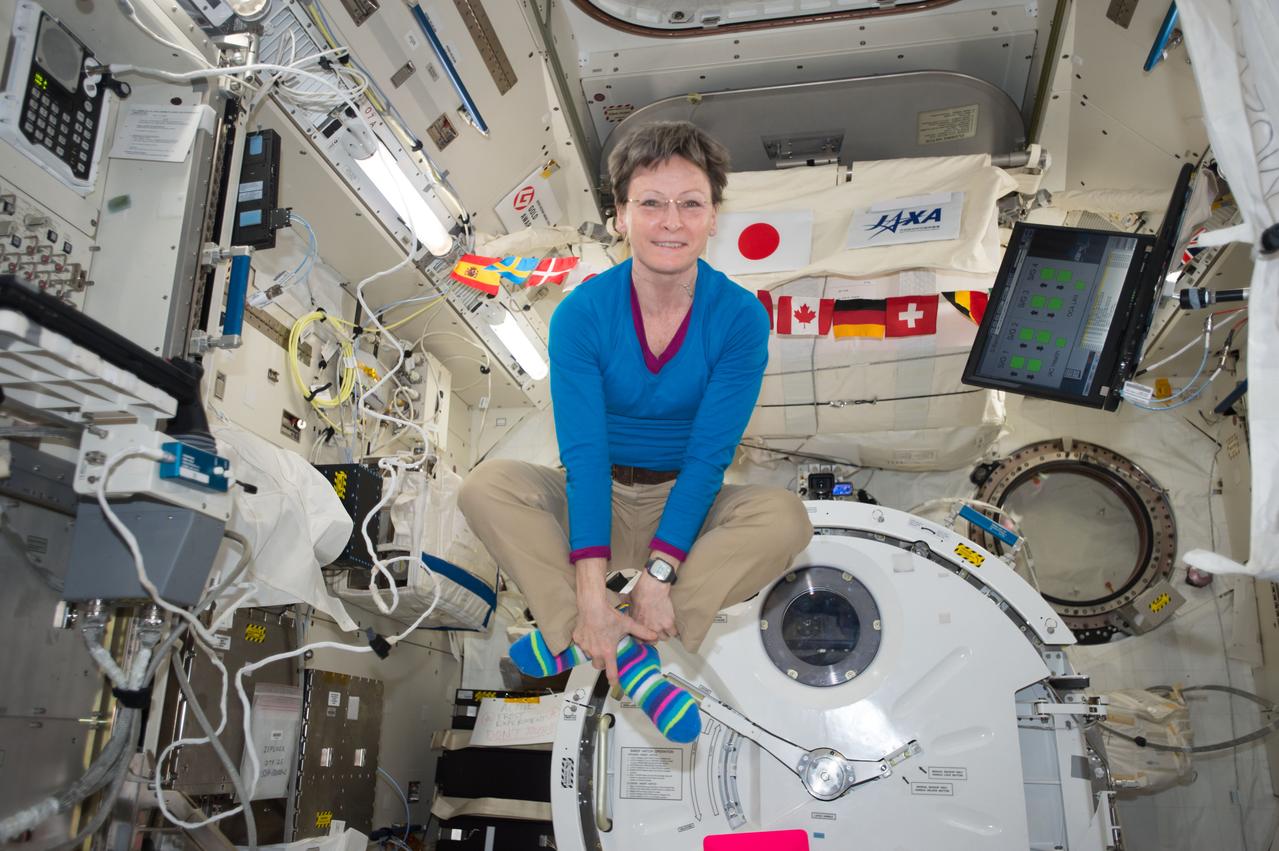 Whitson aboard the ISS on 22 June. Credit: NASA

Whitson is still on the ISS at the moment, and has wandered out into space already four times this year. Now it's time for her Russian colleagues to have a go. Here's hoping it will all go smoothly!

To see all the action, you can tune in to NASA Live on Thursday 17 August. Unlike all those fake 'live space feeds' littering the internet, this will be the real deal.