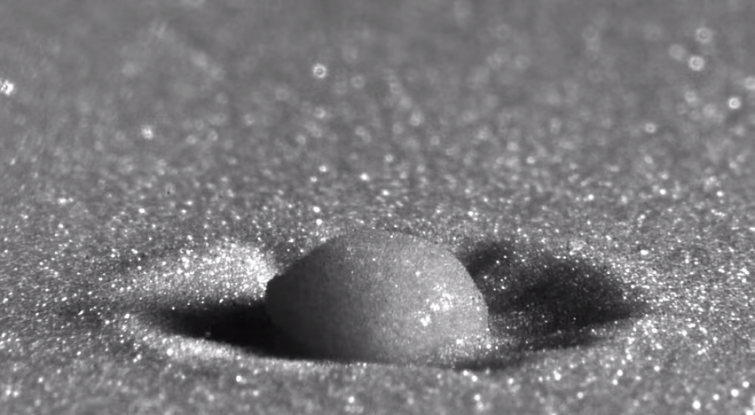 We’ve all sat in awe of a heavy rainstorm before, but I can guarantee you’ve never seen raindrops look this good.

In the mesmerising video above, the impact of water droplets hitting microscopic glass beads - which behave just like beach sand - at different velocities is perfectly captured by a high-speed camera.

And I can’t quite put into words how beautiful it looks.

The footage was captured by chemical engineers from the University of Minnesota in the US, who were studying the types of craters that water drops of different momentums leave in the sand.

As you can see in the footage above, the raindrops behave in a very similar way to tiny asteroid impacts.

“Surprisingly, we found that liquid-drop impact cratering follows the same energy scaling and reproduces the same crater morphology as that of catastrophic asteroid impact cratering,” write the researchers on YouTube.

The video won the 2014 APS Physics Fluid Motion Award, and I’m not surprised.