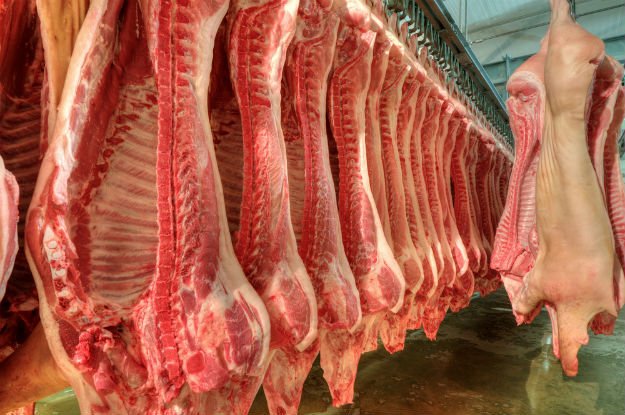 What if The Whole World Suddenly Went Vegetarian?

As the global population tips over 7 billion, it’s becoming increasingly crucial that we think about what all those people and their children are going to be eating over the next century and beyond. According to a report last year by the Food and Agriculture Organisation of the United Nations, the meat industry is one of the biggest threats to the environment, contributing to 14.5 percent of human-related greenhouse gas emissions. And this is only going to increase as developing countries continue to grow and establish more sustainable economies, which will facilitate more opportunties for people to afford expensive, meat-laden diets if they choose.

But what if they did? What if, somehow, everyone on Earth could be convinced to give up meat forever? What would the world look like then?

According to L. V. Anderson at Slate.com, at least one research team has asked the question, and in 2009 they ran the numbers on a hypothetical wholly vegetarian world. Publishing in the journal Climate Change, researchers from the Netherlands Environmental Assessment Agency found that if everyone in the world switched to vegetarianism or veganism tomorrow, by 2050 carbon emissions related to the agriculture industry would have been reduced by 17 percent, methane emissions by 24 percent, and nitrous oxide emissions by 21 percent. Greenhouse gas emissions would see similarly significant reductions.

Plus all these improvements would come at a much lower cost than if we were to see the same reductions using current strategies, such as imposing carbon taxes and establishing clean, renewable energy options. The upshot, says L. V. Anderson, is "Universal eschewal of meat wouldn’t single-handedly stave off global warming, but it would go a long way toward mitigating climate change.”

Another positive, the researchers report, is that with no more livestock meals, the problem of antibiotic-resistant infections would become a whole lot less serious. Because of the way animals are currently farmed - often in incredibly close quarters - farmers do everything they can to prevent any kind of infection from cropping up and decimating their stock. And not only do antibiotics prevent disease, but they can also promote growth, which makes their livestock more valuable. But that’s not helping humans in the long run. According to the US Centres for Disease Control and Prevention, “much of antibiotic use in animals is unnecessary and inappropriate and makes everyone less safe”.

So less pollution and antibiotic-resistant infections is the good news. But what the Dutch team, led by climate scientist Elke Stehfest, didn’t take into account in their study was the overall health of all those people who suddenly gave up meat, and what financial burden that would put on the world’s health systems.

“In this scenario study we have ignored possible socio-economic implications such as the effect of health changes on GDP and population numbers,” the team wrote. “We have not analysed the agro-economic consequences of the dietary changes and its implications; such consequences might not only involve transition costs, but also impacts on land prices. The costs that are associated with this transition might obviously offset some of the gains discussed here.”

And then there's the economic impact of a meat industry that's now suddenly peddling a whole lot of unwanted goods. Without it, says L. V. Anderson at Slate, the global economy would tank:

According to Livestock’s Long Shadow, the influential 2006 UN report about meat’s devastating environmental effects, livestock production accounts for 1.4 percent of the world’s total GDP. The production and sale of animal products account for 1.3 billion people’s jobs, and 987 million of those people are poor. If demand for meat were to disappear overnight, those people’s livelihoods would disappear, and they would have to find new ways of making money.

And we're assuming here that an entire world of newly minted vegetarians would be happy to eat whatever's seasonal all the time. If everyone suddenly felt like asparagus for dinner when it’s not in season, the costs of getting it to grow effectively in suboptimal conditions, and then having it shipped and stored all over the world has its own very serious environmental implications.

There's never going to be a perfect solution that sees all 7 billion of us fat and happy while contributing minimal damage to the environment, but we can cut down on how much meat we're eating. Which, if we're being completely selfish, is better for us anyway. "We not only can," says L. V. Anderson, " we must. After all, with the world’s population slated to grow to 9 billion by 2050, we’ll be needing to take some of the 25 percent of the world’s land area back from the cows."