World's First Underground Park to Open in New York by 2018

The first underground park ever built is now planned for New York City, following the success of the High Line project, which turned over 2 km of defunct rail lines into a public promenade brimming with greenery and art.

The project is being spearheaded by Lowline, a New York-based organisation that has brought together architects, engineers and industrial designers to build what will be named Lowline Park. The park will be situated in the 116-year-old, 0.4-hectare Williamsburg Bridge Trolley Terminal in the Lower East Side of Manhattan - claimed to be one of the “least green” areas of New York City. Construction is expected to begin in 2017, with the park to be opened to the public in 2018.

According to Stu Robarts at Gizmag, since the idea was first announced in 2011, the group has raised over $155,000 in funding to test a full-scale model of the park and the solar technology needed to sustain it.

“We’d already been playing with new solar technology,” one of the Lowline founders, Dan Barasch, told the Associated Press. “And we fell more and more in love with the idea of this public space, so we put those two concepts together.”

They have also figured out how to light the underground park, not with artificial light, but with natural sunlight, using fibre optics. These solar collectors will sit at street level and filter sunlight down through the 6-metre-tall underground space. This is important for sustaining the growth of the trees, grass and plants, and also offering the benefits of the ‘outdoors’ in a subterranean environment.

As Robarts explains at Gizmag:

"The light will be directed underground via fibre-optic cables and transmitted to reflective dishes on the ceiling of the space that will direct and distribute it down into the space. The technology is said to transmit the wavelengths of light necessary for photosynthesis, which will allow plants and trees to grow."

Check out the pics below, and the Lowline video explaining the project. It opens with a classic line from actor Lena Dunham - "When I first heard about the Lowline, I didn't understand what was going on..." 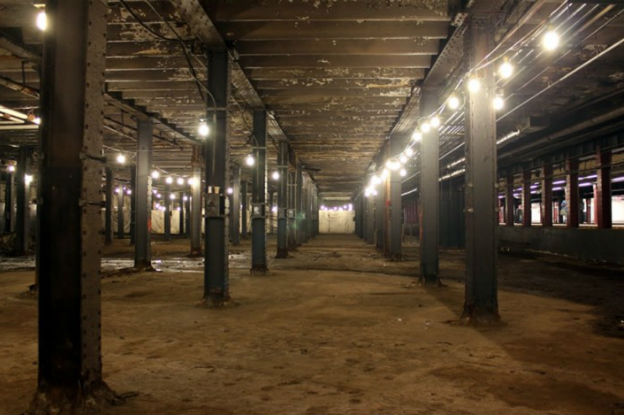 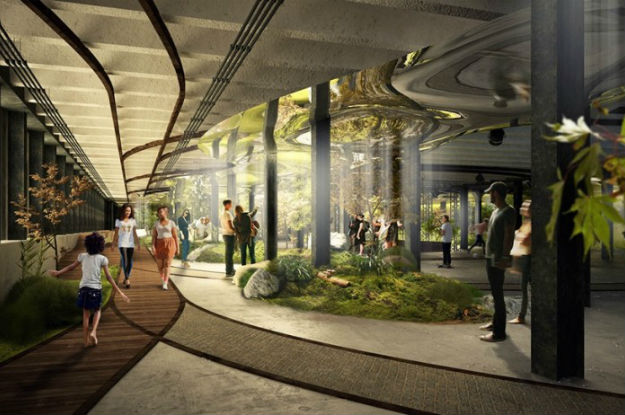