Divers Found The World's Largest Underwater Cave, And It's Full of Maya Secrets

After 10 months of intensive exploration, scientists in Mexico have discovered the world's largest flooded cave system – and it's truly an underwater wonderland.

Spanning an incredible 347 kilometres (216 miles) of subterranean caverns, this branching, sunken labyrinth isn't just a natural spectacle – it's also an important archaeological find that could reveal lost secrets of the ancient Maya civilisation.

"It has more than a hundred archaeological contexts, among which are evidence of the first settlers of America, as well as extinct fauna and, of course, the Maya culture." 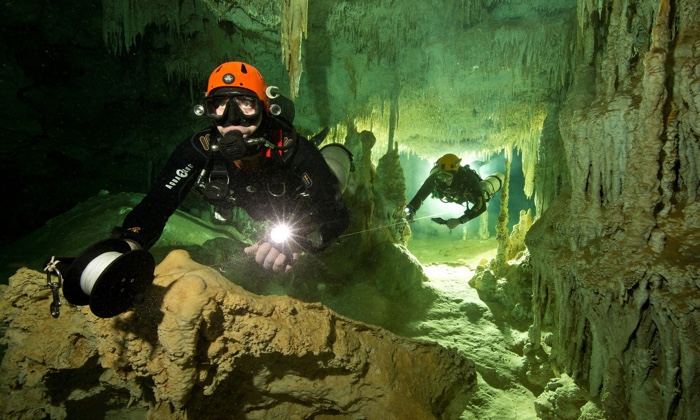 De Anda heads up the Great Maya Aquifer Project (GAM), a research effort which for decades has explored underwater caves in the Mexican state of Quintana Roo, located on the Caribbean coastline of the Yucatán Peninsula.

The region hosts a stunning 358 submerged cave systems, representing some 1,400 kilometres (870 miles) of flooded freshwater tunnels hidden under the surface. 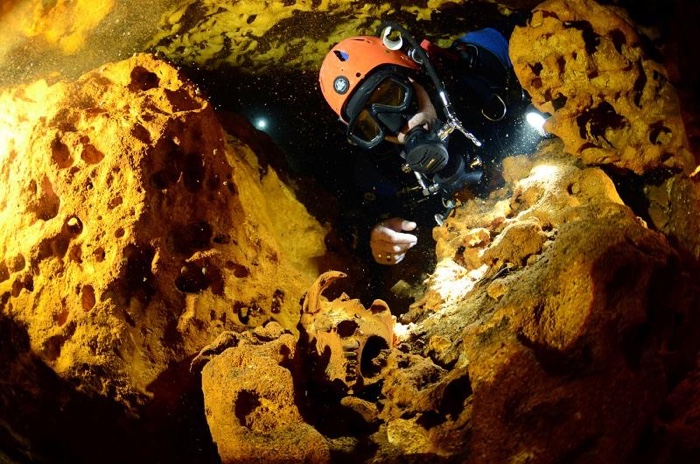 Amongst this sprawling network, a new leader emerged last week. Called the Sac Actun System, this gargantuan passage is so big it was actually thought to be two different cave systems.

Before now, another system called Dos Ojos ('two eyes') spanning 93 kilometres (57.8 miles) was thought to be distinct from Sac Actun, but an exhaustive 10 months of underwater probing proved the two were actually one giant continuous cavity.

"We came really close a few times. On a couple of occasions, we were a metre from making a connection between the two large cave systems," GAM exploration director Robert Schmittner told Mexican newspaper El Pais.

"It was like trying to follow the veins within a body. It was a labyrinth of paths that sometimes came together and sometimes separated. We had to be very careful."

That effort paid off, and under the rules of caving, Sac Actun now absorbs Dos Ojos (and its former length), meaning at 347 kilometres long Sac Actun is now the world's largest known underwater cave – beating out the former frontrunner, the Ox Bel Ha System, also in Quintana Roo, which stretches for 270 kilometres.

But the search isn't over yet. Sac Actun stands to grow even larger, with the researchers saying it could be connected to three other underwater cave systems – provided further dives can show the caverns do indeed link up. 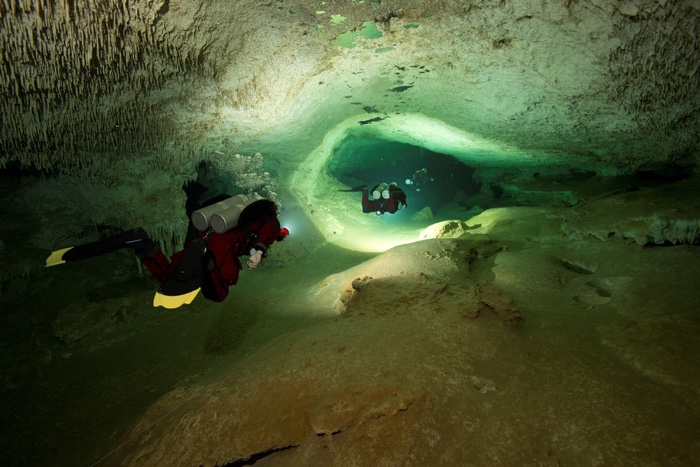 Those dives won't just shed light on how deep the fish hole goes, either.

As footage in the researchers' video and photos show – untold volumes of preserved Maya artefacts and human remains are just waiting to be discovered and analysed from within this unprecedented cave system.

Ultimately, the scientific implications could be just as massive as the cave itself.

Trending News
Skipping Meals Could Be Much Worse For You Than We Realized Health2 days ago
Fathers Have Been Older Than Mothers For 250,000 Years, Study Finds Humans3 days ago
Space Probes Sent by Aliens Could Arrive in Reverse. Here's Why. Space3 days ago