You Need to Stop Hugging Your Dog, Study Finds

With their sweet faces, soft fur, and huge dumb grins, dogs were basically born to be hugged. As a species, they evolved over thousands of years with one clear path - to garner our attention and affection, and profit from all the benefits awarded to 'Man's best friend'. But along the way, they’ve had to make some serious trade-offs.

A family dog will never be the leader of the pack. It will be closed in, told when and where to pee, and now, preliminary data from a new study suggests that in return for room and board, our dogs suffer through our hugs.

I know, I know, it’s tough to hear, but bear with us, because it’s not all terrible news. Maybe your dog is cool with hugs. Maybe it finds your hugs annoying, but affection is affection, so it’ll take what it can get. Or maybe it freaking hates hugs and you’re stressing the crap out of it. All dogs are different, you just need to know how to read them.

And now canine behaviour expect, Stanley Coren from the University of British Columbia in Canada, has looked into the way we hug our dogs, and has come up with some really clever tips for figuring out which camp your dog sits in.

Coren started out by collecting data on dog hugs - he collected 250 random images of dogs being hugged from Flickr and Google, and he and his team analysed each one based on visual cues being displayed by the dogs.

Like cats, dogs deliberately hide their discomfort from their owners, so you really have to know what you’re looking for when it comes to figuring out if your dog is suffering or not.

Cohen and his team came up with some specific indicators in a dog’s body language that could be related to discomfort, stress, anxiety, or plain old annoyance. He lists them over at Psychology Today: 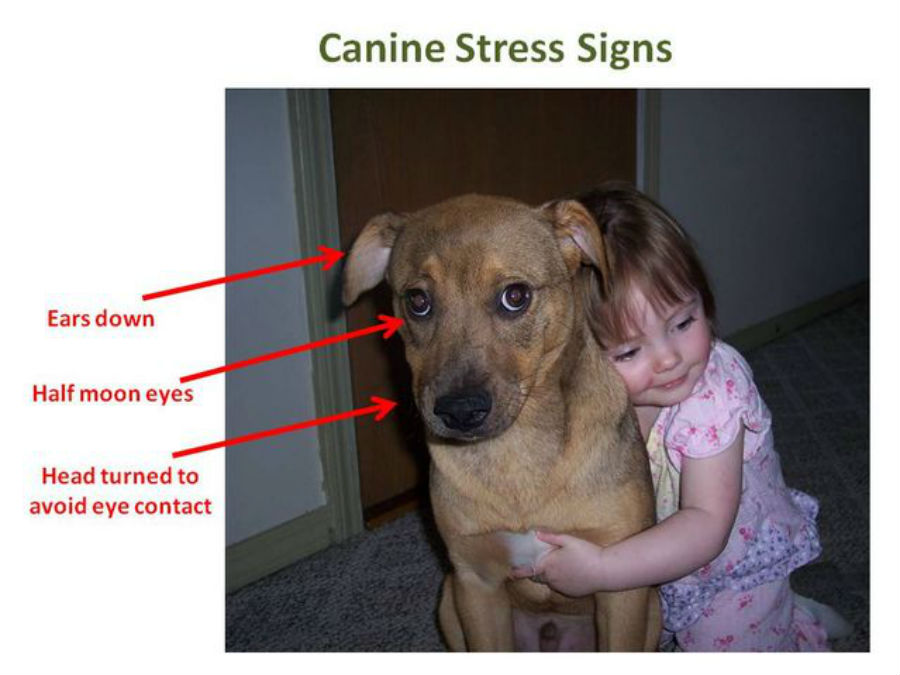 Modified from a Humane Society of Greater Rochester photo

With these indicators in mind, the researchers rated each photo, giving them one of three possible scores: 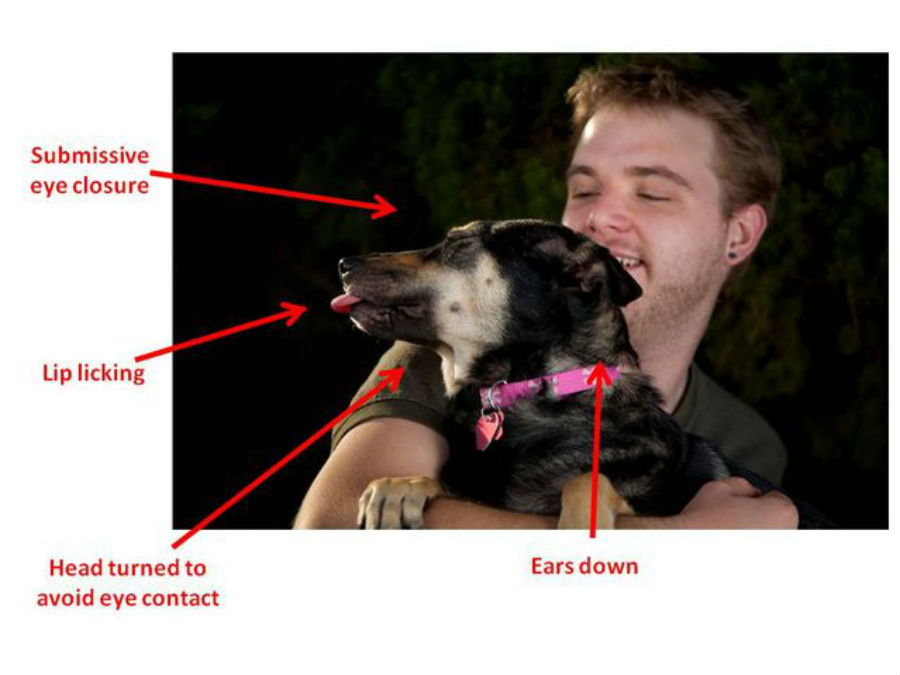 Modified from a Peter Kemmer photo

Of the 250 pictures, Cohen reports that a whopping 81.6 percent showed dogs who were giving off at least one sign of discomfort, stress, or anxiety. Just 7.6 percent of the photographs involved dogs who showed no signs of being uncomfortable when being hugged - they seemed to love it. The remaining 10.8 percent of the dogs were showing neutral or ambiguous responses to being hugged.

To be clear, these are preliminary results and Cohen and his team are yet to write them up and have them peer-reviewed, so we have to take them with a grain of salt for now. But there's certainly no harm in paying closer attention to the body language of your dog based on what they found.

So why would dogs have such a problem with a form of physical contact we humans can’t live without?

As Cohen explains over at Psychology Today, as comfortable and safe as the life of an average family dog or cat might be, it’s rare that you’ll find one that’s completely lost its survival instincts. Sudden loud noise? Cat’s under the table, quick as a flash. Crack of thunder? Dog’s in the shower.

Just like how dogs tend to gaze awkwardly at their owner while they’re pooping, because they feel vulnerable to predators when immobilised, when we hug a dog, we’re physically restraining our animals with our love, and that’s a problem, says Cohen:

"Dogs are technically cursorial animals, which is a term that indicates that they are designed for swift running. That implies that in times of stress or threat the first line of defence that a dog uses is not his teeth, but rather his ability to run away.

Behaviourists believe that depriving a dog of that course of action by immobilising him with a hug can increase his stress level and, if the dog’s anxiety becomes significantly intense, he may bite."

That might sound scary, but it’s a whole lot less likely to happen if you know the signs. And, as New Zealand dog behaviour expert Mark Gall told Philip McSweeney at Stuff.co.nz, kids are often the ones to watch out for, because they're less sensitive to the dog's signs of discomfort, and the dog won’t view them as 'higher up' in the pack, and might treat them as puppies that need discipline.

"If you've got good leadership, [hugging your dog] won't be an issue," says Gall. "[W]hen you hug your dog, you're in an extremely dominant body posture."

"But many dogs can be very tactile animals. They just love it," he added. "They don't hug and high-five each other in the wild, obviously, but when they lick each other on the muzzle that's their version of a hug."

So dog hugs aren't necessarily off the table, but don't be a big, dumb human about it. Remember to watch your pal's reaction and adjust your behaviour accordingly. And when it comes to cats, this handy guide is all you need: 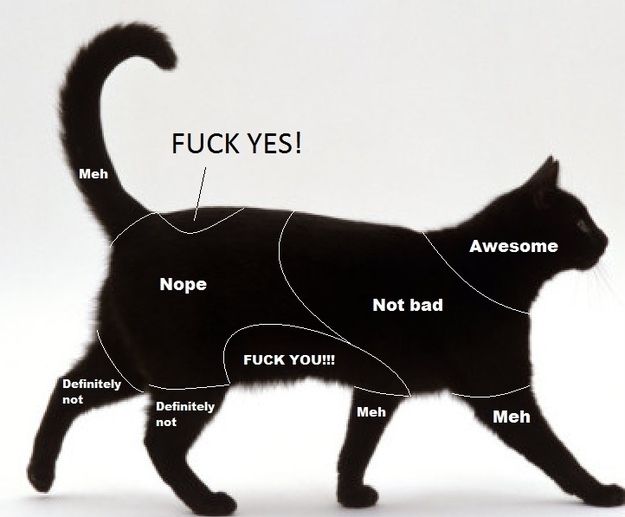