Your Brain Straight Up Can't Handle This Colour

See that colour? How would you describe it? Mauve? There’s probably a word out there, but your brain isn’t going to try to deal with it.

A new study out of Johns Hopkins found that people can’t remember specific hues, as their brains convert them into roughly similar generic colours.

Per the press release:

"First the researchers asked subjects to look at a colour wheel made up of 180 different hues, and to find the 'best' examples of blue, pink, green, purple, orange, and yellow.

Next they conducted a memory experiment with a different group of participants. These participants were shown a coloured square for one-tenth of a second.

They were asked to try to remember it, looking at a blank screen for a little less than 1 second, and then asked to find the colour on the colour wheel featuring the 180 hues.

When attempting to match hues, all subjects tended to err on the side of the basic, 'best' colours, but the bias toward the archetypes amplified considerably when subjects had to remember the hue, even for less than a second.

People who were asked to recall that weird colour up there pointed instead to something much simpler: pink.

Here’s a look at the generic colours and the hard ones: 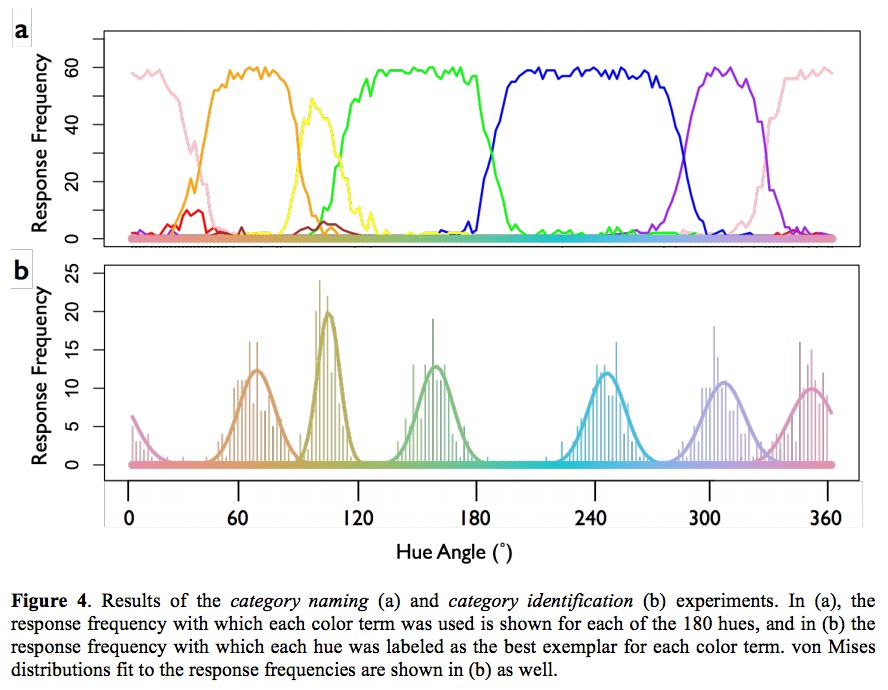