During this week 106 years ago, New Zealand was talking about the future of our planet. The predictions weren't uplifting.

On August 14, 1912, a newspaper called the Rodney and Otamatea Times, Waitemata and Kaipara Gazette printed a prescient paragraph in its "science notes and news" section.

The brief note warned that Earth's atmosphere was changing because of the way the world's economies were ramping up production of fossil fuels. 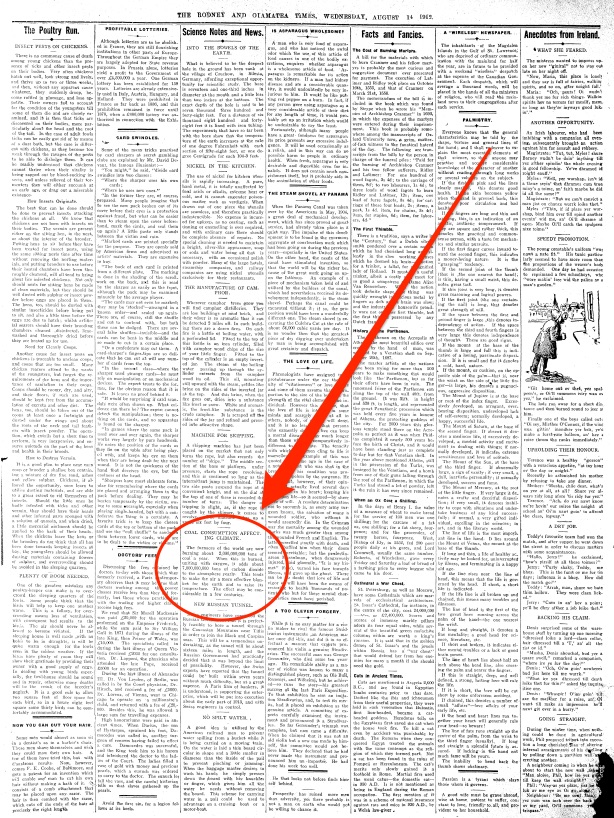 "This tends to make the air a more effective blanket for the earth and to raise its temperature. The effect may be considerable in a few centuries."

It's a stunningly succinct explanation for how people have contributed to the warming of the Earth's atmosphere.

The Kiwis weren't the first to ink the dire notice – the same text had been published a month earlier, on July 17, 1912, in Australia's Braidwood Dispatch. Before that, a March 1912 issue of Popular Mechanics was likely the very first printing of the words.

But the idea had already been bouncing around in the collective conscience of coal-burners worldwide for decades. In fact, the New York Times traces the scientific discussion of coal's effect on our atmosphere all the way back to the 1850s.

Today, we haven't changed our ways that much.

In 2016, the world consumed more than 5.3 billion metric tons of coal.

The Earth's atmosphere now holds an unprecedented amount of CO2: the concentration has risen above 411 parts per million, the highest level in 800,000 years.

The high concentration of pollution in the air is killing people at alarming rates, and the heat being trapped is fuelling fires and causing seas to rise. Higher temperatures could even slow down our brains if left unchecked, some research suggests. 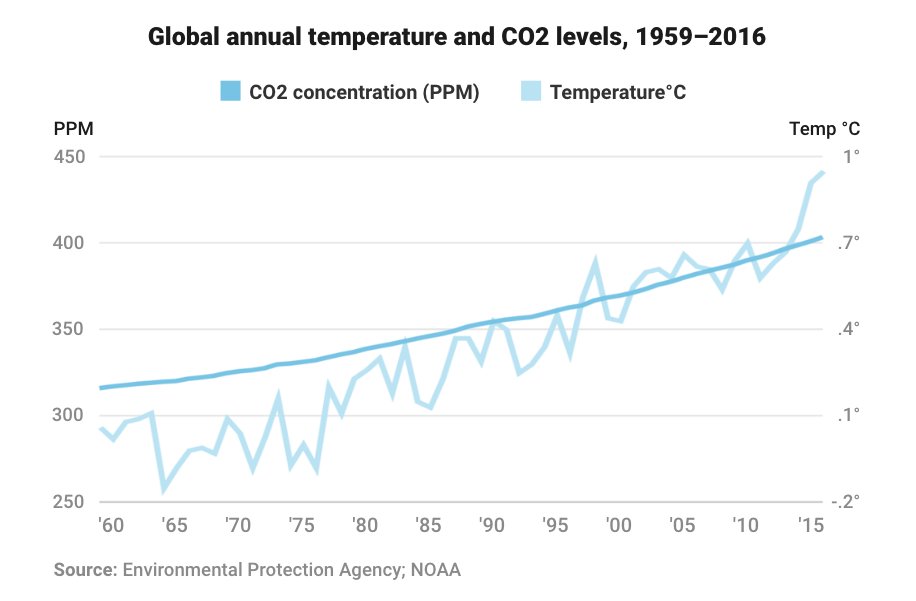 While the rate of coal production is slowing down in the US, we're still burning tons of other Earth-warming fuels.

And coal production is on the rise in other developing countries, especially in the growing economies of India and China. (Coal use is slowing down a bit in China, but it still accounts for 60 percent of the country's energy mix, according to the Brookings Institution.)

This activity is leading to devastating consequences for Earth's ecosystems, and for anyone trying to breathe in polluted areas.

But we've known all that for quite a while, right?