NASA’s big announcement this week that it had confirmed the existence of flowing water on the surface of Mars isn’t just hugely significant for the prospects of finding life elsewhere in our Solar System – it also tells us more about the nature of water on the red planet.

Those findings will be very important for future research on Mars, including the eventual scenario of humans one day travelling there – and even, later, perhaps living on the planet. The abundance of water on Mars means we may be able to use it as a resource in future exploration, and according to one architectural vision – which has secured the approval of NASA, no less – it could also make the ideal material for human habitation on the planet.

The dwelling, to be situated in Mars’ northern hemisphere, would consist of a multi-layered, pressurised shell of ice 5 centimetres thick, which its designers say would protect the structure’s inhabitants from the harmful effects of cosmic and solar radiation.

Underneath the external icy exterior, the structure houses an interstitial zone enclosing another nested dome. Inside that, inhabitants can go about their business without protective suits, with the double shell layer theoretically protecting the Mars environment from any human contamination. 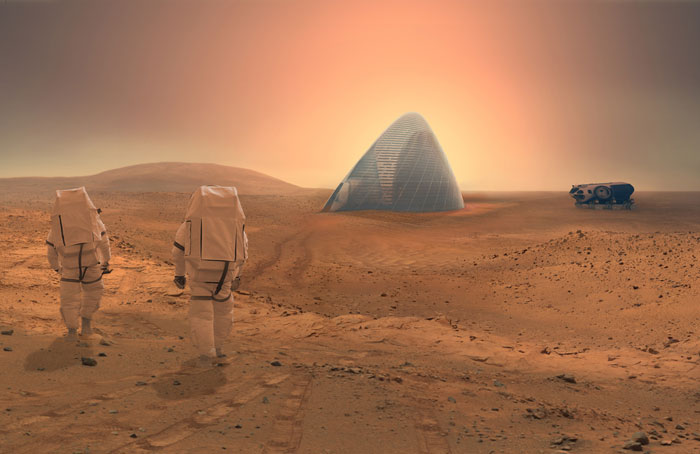 Ice House’s designers go into considerable depth on how the structure could be implemented on their website – and it’s no amateur effort, either, with the team comprising 12 scientists including astrophysicists, geologists, structural engineers, and 3D printing engineers.

The rest of the top 30 finalists in the 3D Printed Habitat Challenge Design Competition can be seen here, selected from more than 165 entries received in total. 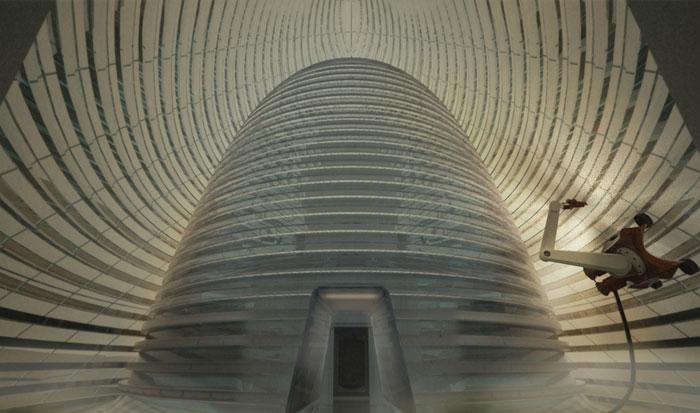 “The creativity and depth of the designs we’ve seen have impressed us,” said Monsi Roman, NASA’s program manager for Centennial Challenges, in a press release. “These teams were not only imaginative and artistic with their entries, but they also really took into account the life-dependent functionality our future space explorers will need in an off-Earth habitat.”