Russia has conceded that a high-profile space failure in November last year occurred because scientists programmed a rocket carrying a US$45 million weather satellite with the wrong coordinates.

In comments to Russian state TV last week, deputy prime minister Dmitry Rogozin admitted the Meteor-M weather satellite was effectively under the impression it had launched from a site in Kazakhstan, when it had in fact taken off from Russia's far east.

"The rocket was really programmed as if it was taking off from Baikonur," Rogozin said. "They didn't get the coordinates right." The Baikonur Cosmodrome – located in southern Kazakhstan – is a colossal spaceport that figures heavily in the history of Soviet space exploration, going back to its founding in the 1950s.

Since the fall of the Soviet Union, Russia has leased the facility from Kazakhstan for rocket launches – but Baikonur isn't the only cosmodrome in town.

A much newer US$7.5 billion spaceport called the Vostochny Cosmodrome in Amur Oblast in south-east Russia has been under construction since 2011 – and was the actual location of the Meteor-M 2–1's launch atop a Soyuz–2 booster rocket on November 28 (being only the second launch for the Vostochny site).

The launch initially proceeded without a hitch – also carrying 18 smaller research and commercial satellites into orbit for the US, Japan, Canada, and Germany, among others – but when the Meteor-M weather satellite was deployed from the rocket, scientists became aware something was terribly wrong.

"The first scheduled communication session has failed to establish contact with the satellite due to its absence from the designated orbit," a spokesman for Russian space agency Roscosmos said at the time.

"Analysis of the current situation is underway."

While Russian media initially suspected the problem was somehow due to a failure of the booster's final stage – the Fregat – Roscosmos launched its own investigation.

What they found was something altogether more glaring and avoidable: human error. 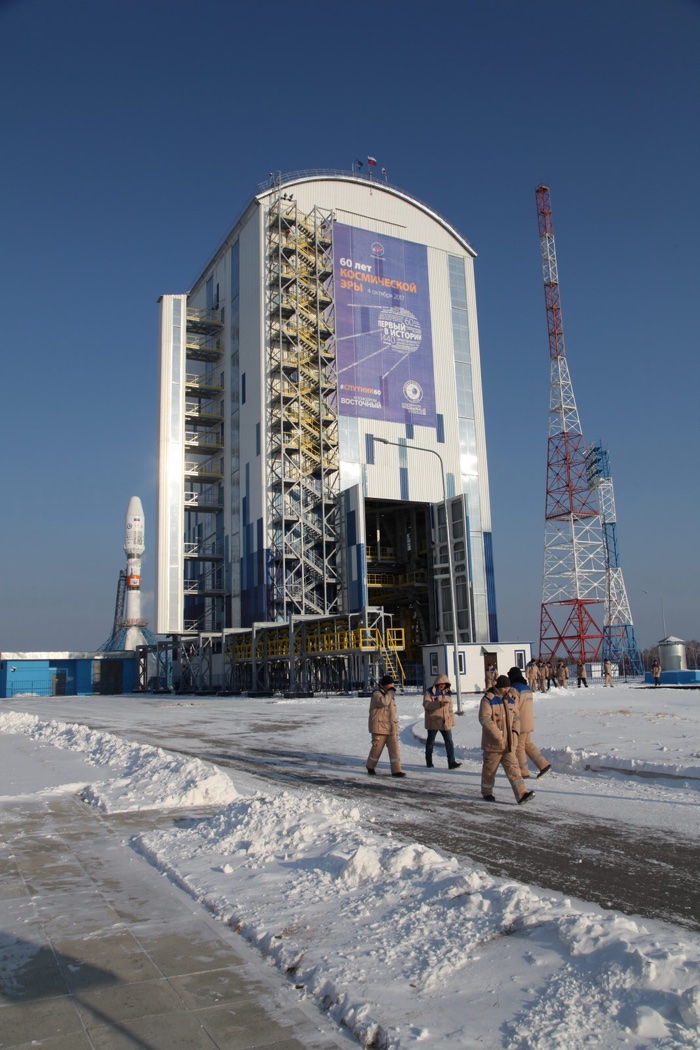 In somewhat different language to how Rogozin explains the failure, an official Roscosmos statement on the catastrophe attributes the satellite loss to the "imperfection of the software algorithms of the control system" on the Fregat.

In other words, the scientists who were meant to oversee the rocket's launch instructions weren't thorough enough, Roscosmos says.

"All this in aggregate contributed to the fact that the factors, the combination of which led to an abnormal completion of the mission, remained undetected in preparation for launch," the emergency commission concludes.

"For improper performance by the leaders of the duties assigned to them, the commission recommended that disciplinary sanctions be imposed on them in the form of reprimands."

It's not a very promising start to Russia's pricey, new Vostochny spaceport, and comes after Roscosmos had its budget slashed by more than a third following an internal audit that condemned the space agency for wasting nearly US$2 billion, "with such a level of moral decay, one should not be surprised at the high accident rate".

It also means scientists are going to miss out on what the Meteor-M 1–2 was intended to deliver: a five-year mission gathering satellite imagery and environmental data for the Russian weather agency, Roshydromet.

Hopefully Russia's space program can bounce back from this embarrassing calamity, and quickly – after all, we have some pretty high expectations for what they're going to achieve.