Earlier this month, NASA announced the first mission it will be launching aboard its monster rocket, called the Space Launch System.

In 2018, NASA will send 13 shoe-box sized satellites, called CubeSats, to study, for example, different aspects of life in space and ice deposits on the Moon. Eventually, this rocket is destined for NASA's future deep-space missions to Mars, and beyond.

Taller than the Statue of Liberty and capable of carrying more than twice the payload weight of any of NASA'S former space shuttles, the Space Launch System will transport four astronauts at a time on board the agency's Orion spacecraft farther into space than any human has ever ventured before. The first unmanned test flight of this rocket is scheduled for September 2018.

NASA's Marshall Space Flight Centre has created a series of charts and infographics that show just how revolutionary this rocket will be for the future of spaceflight.

1. NASA will have to step it up to get a human into deep space - something they haven't done for more than 40 years. Here's where they're starting from: 2. Check out past achievements for how far humans have ventured into space and where the SLS will take us next: 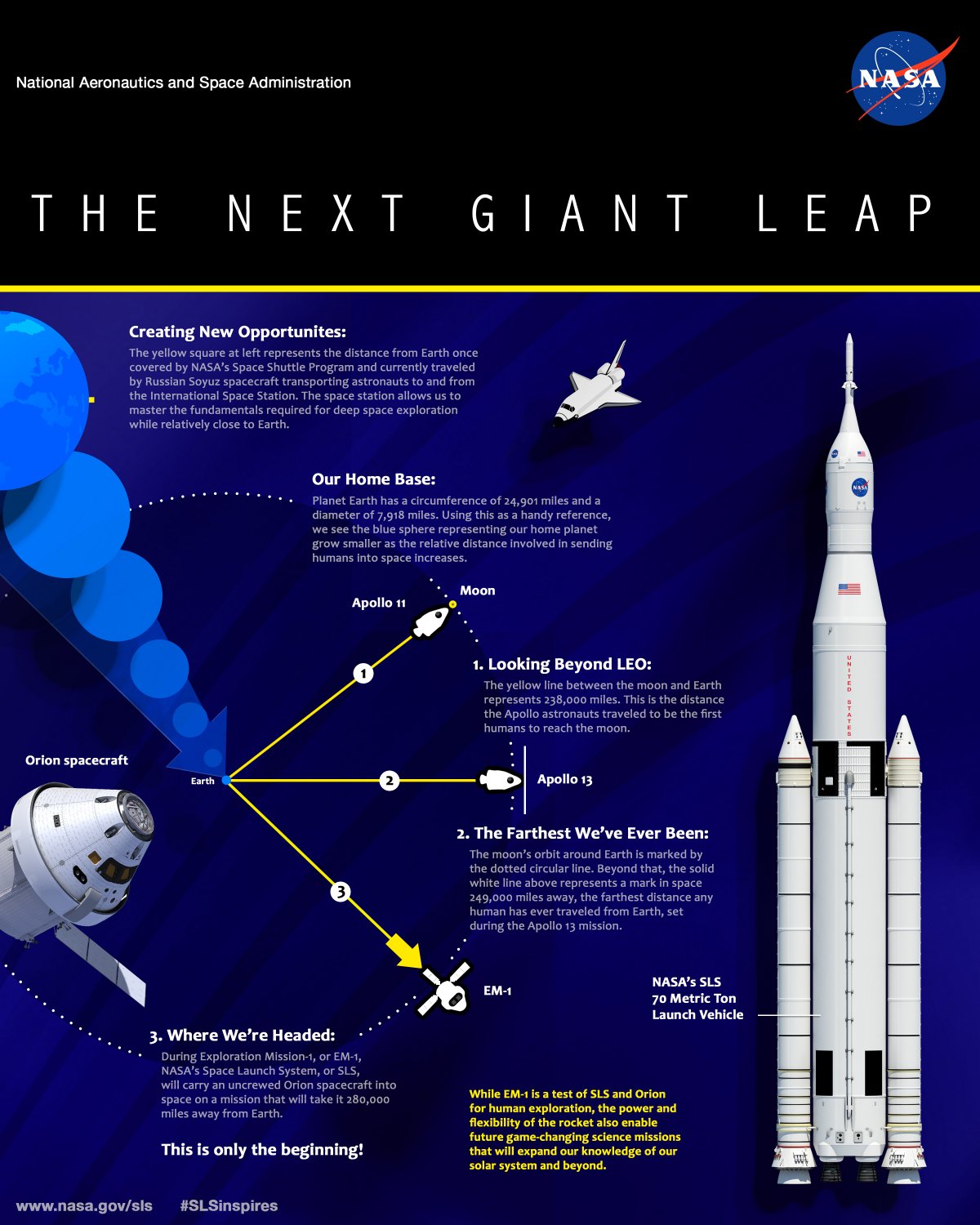 3. And here's how the SLS compares to its predecessors: 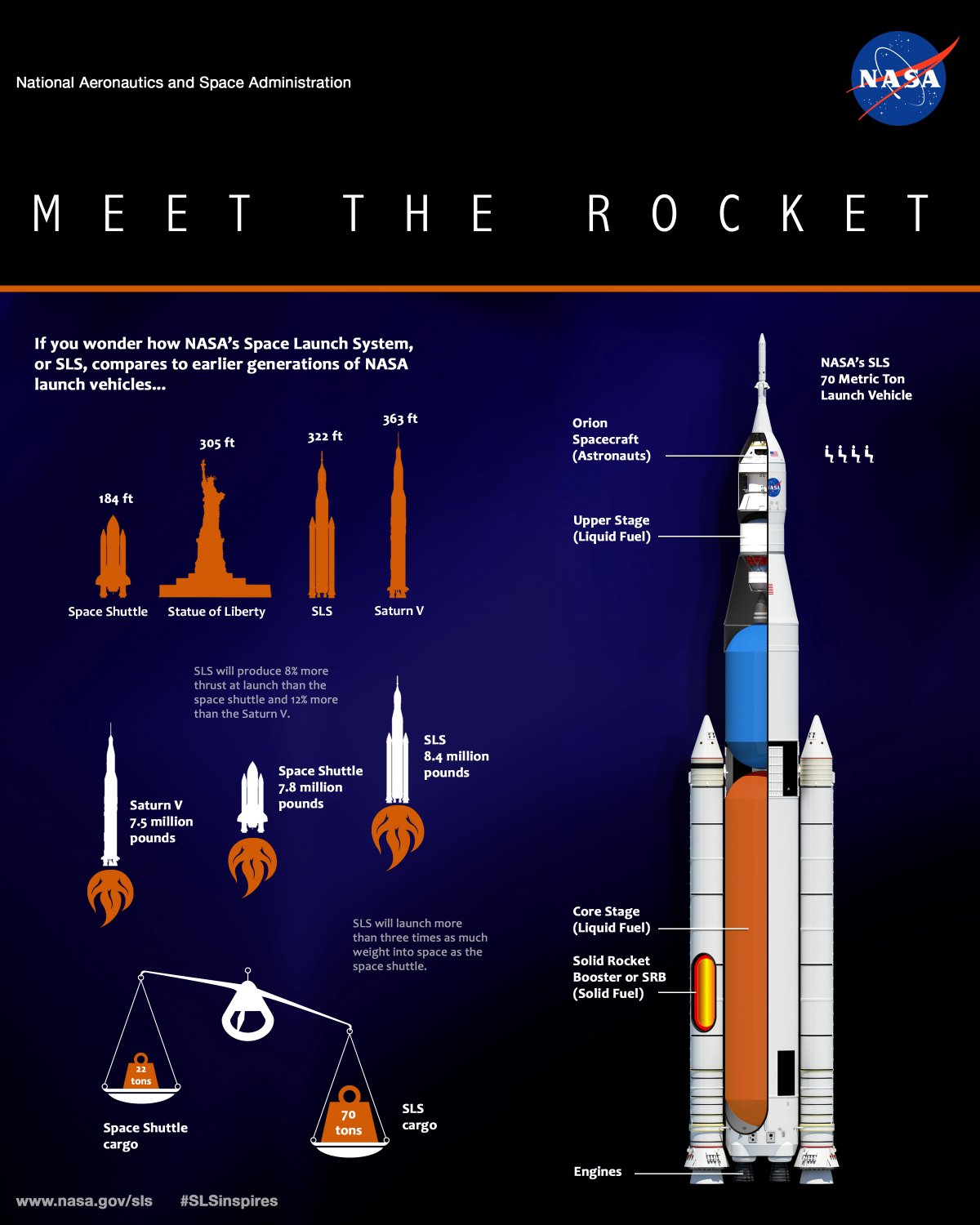 4. Learn about the work horses of the rocket: the two rocket boosters on either end highlighted in blue. Each are taller than the Statue of Liberty.

5. Inside of SLS's monster rocket boosters is the most powerful rocket motor in the world. They call it QM-1. Check it out below: 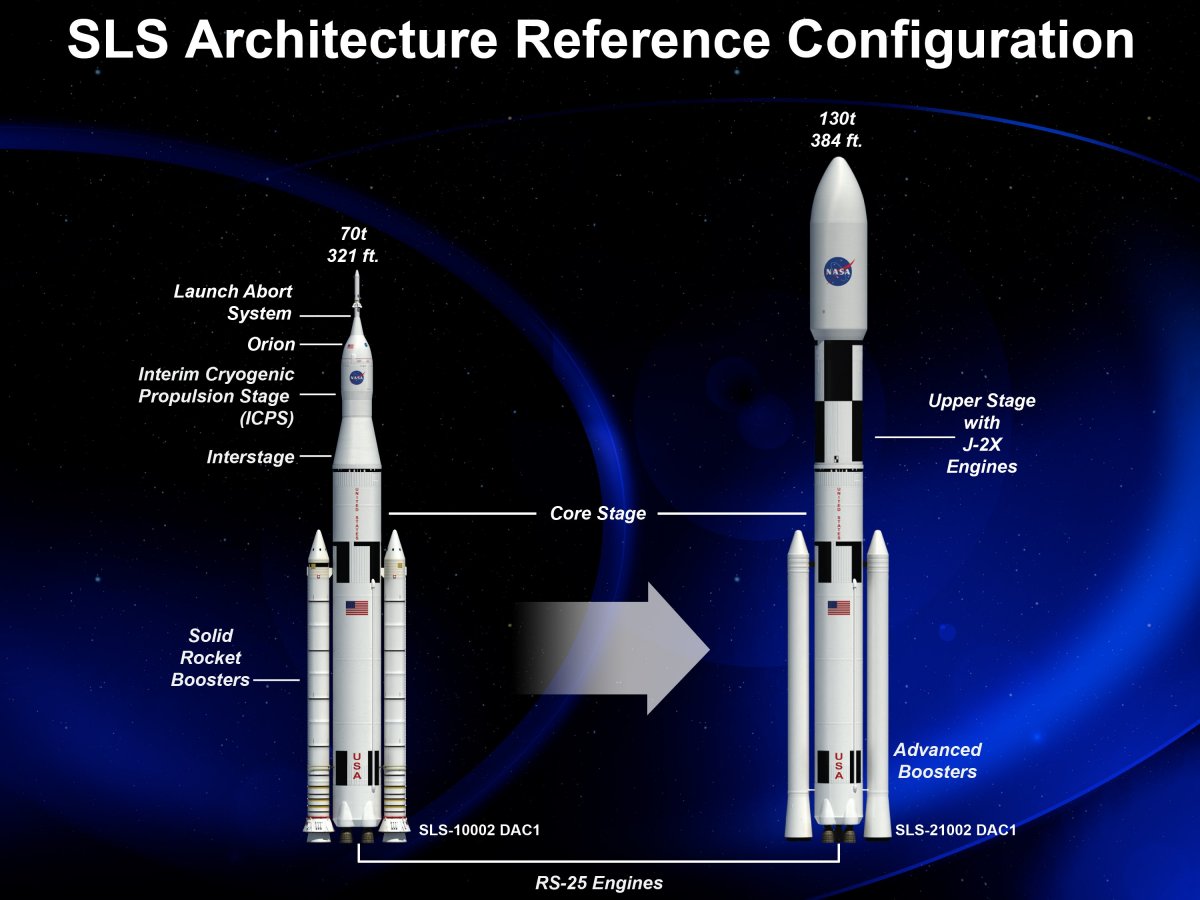 8. And a breakdown of the more powerful upgrade: the 130t SLS: